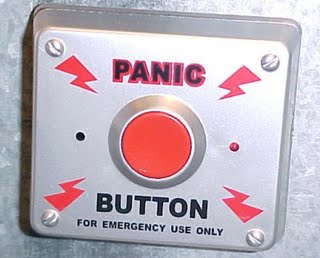 I’ve been writing about games for many years, and if there is one thing that has been consistent across my time sitting here watching everything unfurl around me is this; gamers fear change.

That fear manifests itself in many different ways. If you’re ever in the mood to spark up some controversy, for instance, suggest that it would be a good idea if Apple acquired Nintendo on a forum or for Nintendo to go third-party. It’s not just Nintendo, of course; suggest Sony drop the PlayStation brand, or even suggest that Sony attempt a different business model and give away its consoles for free under a different payment model.

These topics almost always generate some genuinely fascinating conversations and ideas. Musing over the future is never an exact science, and it’s always good to hear different point of views, but the common thread amongst all these discussions is that a significant portion of the community hate the idea of different on mere principle. There’s no proof that Nintendo would not flourish as a subsidiary of Apple; many gamers seem to work on the assumption than acquisition would mean Nintendo simply disappear off the planet to be replaced by Apple consoles, but big acquisitions like that rarely work that way.

Considering we live in an era where annuity payment models is flourishing for everything from laptops to phones, it would make sense for Sony to offer its PlayStation 4 console on a contract – after all, it is cloud-orientated and therefore naturally disposed towards service-style billing.

And yet for all the good quality discussions that these topics generate, there’s a lot of instant, stubborn resistance. Nintendo has been making its own consoles for 30 years so it must always make its own consoles. Or for another example – a person has always purchased his/ her games in the retail shop, so downloads and Cloud gaming can never replace the physical disc collection. Never mind that people have been increasingly transitioning to digital movies and music, games are somehow the exception to the rule.

I consider this fear of change a problem for the creativity that the games industry so badly needs. When we’ve got an industry of publishers who are utterly terrified of a single failed game project, controversies such as the reaction to the redesigned Dante in DMC are more a problem then a positive attitude. There was no reason to assume that a different-looking Dante would result in a poor game, and yet that’s what gamers did.

And that’s not even the most ridiculous example of this fear that I’m talking about. There was also controversy over a few insignificant changes to the character of Cole McGrath in inFamous 2. Nothing that affected the game in any way – it was purely cosmetic. In both the examples above the controversy was also before the game was even released, so no one had played it.

It was nothing more than the fear of change that drove the community response. But change is utterly necessary for creative industries. We as players can’t keep enjoying the exact same thing over and over again; we need our favourite franchises to continue to innovate and do things differently, or we will tire of them, and then the franchises will eventually fail in the market

But developers are stuck between a rock and a hard place because if they try to enact some changes, it’s a crap-shoot whether the community will like it, or explode in the kind of rage that I can only compare to Comic Book Guy from The Simpsons.

In other words, change becomes a risk. The riskier it gets the less willing the publishers will be to invest in it. That running joke that half the community has that Call of Duty never chances? That’s going to start applying to more and more franchises. And you want innovative features in your consoles? Forget it.

For the sake of the games industry, it’s time gamers become a little more tolerant of change and at least be open enough to it to try it first.

Of course, it’s a truism about humanity that people fear change in general, and I’m not suggesting that gamers are an especially timid species when it comes to change, but to spend time thinking about change in the games industry is to realise that change can be a very positive development. Especially when we are in and industry where it is clear that the ‘old ways’ are no longer sustainable.