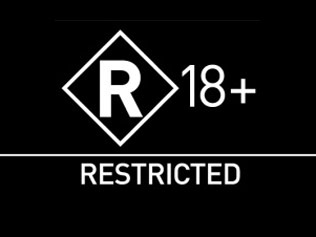 Australia’s first R18+ game has formally been released. Ninja Gaiden Sigma 2+, a enhanced version of a game that wasn’t rated R18+ when it was first released half a decade ago, is now on store shelves, ready for “adult” consumption.

To celebrate the occasion, Mark Serrels over at Kotaku AU wrote a little piece commemorating the event and its significance to Australian gamers. In principle I agree – finally having that R18+ rating is an important moment for the games industry here. And Serrels is completely right to say:

“As a group we were engaged, we made noise in the right way and, in the end, the right people listened.”

The effort that has gone into making this happen in Australia should not be underestimated. It took us, the Australian games community, years of beating against stubborn politicians for it to happen. I don’t mean to take anything away from that side of this moment, but Serrels also wrote something that I can’t possibly agree with:

Well, no, we haven’t really. We’ve won the opening battle, not the war. That has a long way to go yet. The first R18+ game has only just been released and already we’ve seen some pretty embarrassing applications of the R18+ rating. If indeed the purpose of the R18+ rating is there to provide parents with better advise then it has already failed in its mission as it’s now blocking out games that had already been approved for children’s eyes.

Beyond the commercial considerations that an R18+ rating is a challenging marketing proposition for games, I was under the impression that the campaign to win the R18+ rating was driven by desire to have games legitimised as a creative endeavour and a form of entertainment that people of all ages can enjoy. There’s been no evidence whatsoever that the R18+ rating has achieved that. Instead what we’re seeing is censors continue to treat the gaming community with utter contempt – sticking that little black label on anything and everything that is even slightly, potentially, offensive.

The censorship board is not using this new classification as a opportunity to open the games industry up. It’s using it as an excuse to bubble-wrap the youth and protect its own backside against a potential media fallout if a kid plays a MA15+ Call of Duty and gets some silly ideas in his head for his school.

In other words what I am saying here is, philosophically, nothing has changed. The censors continue to treat the games industry as though it’s the psychopath of the arts, and based on current trends, the only think the censors are going to achieve is to drive away any genuine creativity from the Australian games industry. Anything that even slightly deviates from the precedents set by previously-rated games is going to be slapped down and out of the market with an R18+ rating.

Enjoy seeing that R18+ sticker on the game shelves for now. Once the novelty wears off, I think Australian gamers are going to quickly realise that there is a lot of battles yet to fight before we will legitimise games in the eyes of these gatekeepers.

Why do gamers fear change?