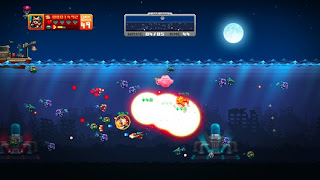 Here we go. After running a trial with select developer partners, Sony has officially opened its PlayStation Mobile platform to, well, any developer who has $99.

In a move that is blatantly taking the fight to Apple on its own battleground, Sony’s PlayStation Mobile platform is designed entirely to support the sub-$10 games that are so famous (and so popular) on the Apple App store. The costs associated in getting a developer license are similar, and Sony is promising that there are relatively few restrictions in terms of what can be developed on the platform, compared to the rules and regulations involved in being a full-fledged PlayStation Network developer.

On paper, Sony has a big opportunity here. One of the most common criticisms of games on Apple’s iDevices is the lack of physical buttons. Well, thanks to the Vita PlayStation Mobile developers have access to buttons, as well as the touch screen for those games that don’t need buttons.

Crucially, too, the PlayStation Mobile platform is offering better discoverability. Fewer applications/ games means there’s greater potential for a developer to actually market its game on the virtual shop front. The opportunity to capitalise there is sure to be attractive to some of the developers who are frustrated with competing with the deluge of freemium games on the iPhone and iPad.

I also suspect that Sony will be more vigorous in protecting legitimate developers from copyright theft by less scrupulous developers than Apple was.

Indeed, Sony is very pleased with the early signs for its new platform. In an interview with Gamasutra, Sony manager of PlayStation Mobile content, Sarah Thomson, said “We’ve gotten really great feedback with the developers that we were able to work with.”

“We’re gathering all the feedback that they’re giving us, whether it be things that they’re loving, or things they’d love to see changed or improved on.”

There are some serious issues with the platform though, and it will be interesting to see how Sony deals with these moving forwards. The most obvious one is that compared to the iPhone and iPad market, the audience for PlayStation Mobile is perhaps one per cent of the size. Attracting quality developers to a very similar service to Apple’s with a fraction of the audience is going to be a challenge – similar to the one that Microsoft faces with the Windows 8 mobile platform.

There’s also the issue of quality control. An open platform is nice in concept, but when you’ve got twenty games to offer in the trial phase, and one of those games is Pinky Spots Leg Massage, there’s a certain horror running in the back of my mind about the potential future of the platform.

There’s also a couple of lingering questions about who, exactly, this platform is meant to be targeting. PlayStation gamers? Then why doesn’t it have achievements? Casual phone owners? Good luck pulling them away from their iPhones and Android platforms.

That said, fingers crossed for the platform. The games that are on there right now are generally speaking a good bunch, and it’d be nice for the Vita to have a large range of cheap games complementing the full-priced retail downloads. It might even pull me away from my iPhone games on the daily commute.

Have you played any of the PlayStation Mobile games as yet? What is your experience with the platform? Let us know in the comments!