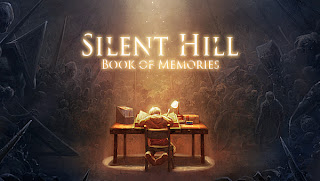 Silent Hill is a sacred series. I realise that’s a bit ironic since it’s also a series about horrible ghosts, suicidal guilt, and other such depressing matters, but it’s the truth – it’s the premier horror franchise (even moreso now that Resident Evil has turned into a Call of Duty clone).

And so when I heard that Silent Hill: Book of Memories was going to be closer to Diablo than, well, Silent Hill, I was more than a little concerned. Even with the brilliant Wayforward behind the game the very idea of messing with such a proven formula did not sit well with me at all.

Thankfully my fears can be put to rest (pun entirely intended). Having played the demo of Book of Memories not only am I comfortable that Wayforward is still brilliant, but I am confident that this will be the sleeper Vita exclusive. 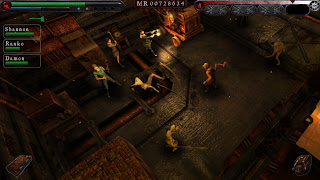 Book of Memories is indeed a dungeon crawling RPG, with a healthy dose of roguelike thrown in for good measure, but it’s so laden with Silent Hill’s classic atmosphere that it still feels like Silent Hill canon. You’ll kick things off by creating a character (though the story seems to remain much the same regardless of who you choose), and then explore winding, twisting corridors and rooms filled with disgusting traditional Silent Hill creatures. There’s still puzzles (delightfully obscure as befits Silent Hill), and plenty of ghostly mysteries to solve, it’s just a game that is told within a different context than previously.

The music is dense and the visual style is pure Silent Hill. It’s not scary any more, but there’s a thick, dark atmosphere nonetheless that makes the exploration compelling.

Obviously there’s a greater action focus in the game this time around, but there’s still a touch of the scarcity of loot that you’d hope for in a survival horror franchise. Ammunition is hard to come by and weapons degrade quickly. Though there’s a shop to buy stuff the currency is nowhere near as plentiful as you’d expect from a Diablo clone.

The demo is far too short to get a real feel for the game, and I haven’t tried out the multiplayer, but Book of Memories is clearly the brilliant Vita exclusive that no one asked for, but will be glad to have. It might not be a “true” Silent Hill game, but when it’s this good, it hardly matters.