The new game from UFO Interactive might best be described as Super Mario Bros. meets Shinobi.

Samurai G follows the noble samurai Tetsuo as he embarks on a quest to hunt down the enchanted gold of Tengu- the harbinger of war.

In Samurai G, players will travel with Tetsuo across Feudal Japan, retrieving Tengu’s gold and depositing the collected pieces into the Tetsuo’s pouch. Once the pouch has been filled, players can harness Tengu’s fury by converting the collected pieces of gold into raw power, transforming him into the Shining Samurai! Slice through foes like a hot knife through butter – show them no mercy! However, should Tetsuo fall victim to enemy blade, ground spike, or any of the other wicked traps that await him, his physical form can be resurrected and another attempt from the starting point can be made. When Tetsuo reaches a headstone marking his former resting place, the player can choose whether or not to sacrifice the headstone to restore some of Tetsuo’s health or save it for a later run, adding a rich underlying layer of strategy to Samurai G. 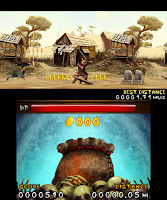 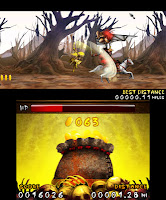 Silent Hill Book of Memories demo impressions: this game is THE Vita exclusive