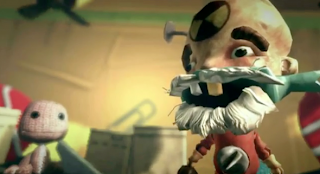 I guess it’s telling that the most popular user-created level in LittleBigPlanet Vita (LBP) is a Mario- themed level. Here we have a game that is nominally a platformer and as such despite its sheer quality it has struggled to step out from Mario’s giant shadow. But in reality LBP is not a platformer once you scratch under that surface; it’s a toybox filled with random junk to play with.

On the Vita LBP does very little that we haven’t seen from the other games in this series. It’s very nearly a straight-up port of the formula found in the previous games, with just the addition of a few touchscreen (front and, unfortunately, back touchscreen) gimmicks thrown in to make people feel like they’ve bought something tailored for the Vita. It’s not tailored for the Vita though. This is a console game, and that means there are some technical challenges holding this version back. The analogue stick nubs on the Vita are nowhere near as comfortable for this game as the Dual Shock controller. There’s the odd clipping moment and my distaste for the rear touchscreen has not diminished any thanks to this game’s insistence on making it a critical part of some of the game’s puzzles. 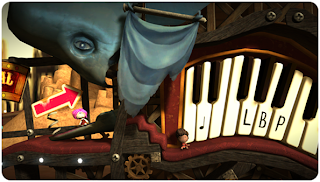 On the other hand making levels is far more engaging when you’ve got the touch screen to play with. The developers have done a really good job coming up with a comfortable interface that allows players to place, rotate and colour their environments to come up with those dynamite levels. There’s also a few unique features to the Vita version of LBP that is enabled through the hardware – for instance you can run around a real-life town taking photos with the Vita and turning those photos into your level’s environments. In that context it doesn’t matter that the Vita’s cameras are quite poor; in enables you to make levels that are from start to finish unique, tailored content.

As with previous LBP games, sharing the levels is easy to do, and an active community will ensure nothing too bad lasts long before being buried, and nothing too offensive survives long before getting taken down. Discovery is something I expected would have been better by now, especially considering how easy it is to track down specific user content in rival user-generated content games like Sound Shapes, but if you were able to navigate through any of the previous LBP online content libraries, you’ll be able to here. 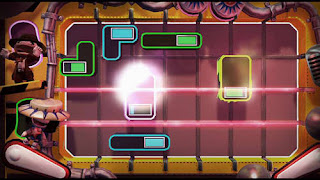 There’s a bit of a story in the “main” game, but the reality is that those levels are merely there to inspire players to create and share their own levels. Trawling through the online environment looking for those levels remains an incredibly engaging experience, and it’s backed up with the irresistible charm of Sackboy, the brilliant soundtrack and the sheer versatility of the engine, which allows everything from the aforementioned homage to Super Mario Brothers through to clones of Asteroids and the ilk.

And that brings me back to the comment about Little Big Planet being a “toybox.” At times I really struggle to even think of this series as a series of “games.” Sure there are gameplay elements, but to me LBP is more like Deviantart – it’s an outlet for creative people to play, and for those less creatively-minded to appreciate the work of others. 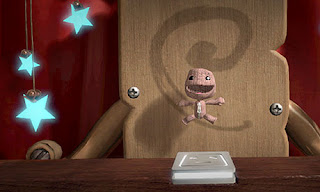 For a port, LittleBigPlanet Vita is a damned fine attempt. It remains the king of user-created content games, and by allowing its players to do all the work, Sony has come up with a game and formula that will essentially last as long as people keep playing. For people more interested in playing levels than spending the time to learn how to make their own, though, I would recommend Sound Shapes over this, as that game is technically flawless and gimmick-free, and I get the sense this one is trying to be too clever for its own good.