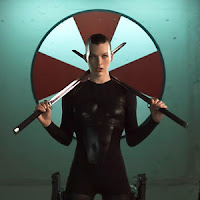 Capcom’s Resident Evil series began all the back in 1996. Since then, there has been over 20 games released in the series, as well as many films and novels produced off the conspiracies of the Umbrella Corporation. So, given the fact that Resident Evil 6 is about to be released, we thought it would be fitting to celebrate Resident Evil by giving you our list of the top five Resident Evil games. 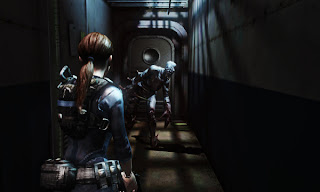 One of the more recent Resident Evil games, Revelations brought fans a mix of the traditional ‘survival horror’ seen in 1, 2 and 3 as well as the action that can be found within 4 and 5. I think it’s safe to say the most enjoyable moments in the game were found in the ship sections with Jill and Parker. With ammo scarce and the moody atmosphere of the ship, Revelations provides a real great revival of what made the original so great. It’s almost a dampener on the experience when they switch to the action orientated sections of the game. Loaded up with ammo you blast your way through hordes of enemies. This is to allow for the game to tell its story, as Revelations is presented in episodes. It by no means a deal breaker, but it would have been much nicer if the game, and its story, could have stayed on the ship the entire time. The game also looks stunning on the 3DS’ screen, and is definitely one of the best looking games the handheld has seen. 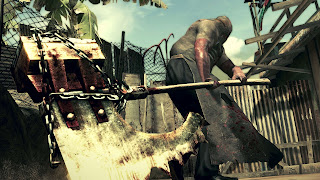 Some may find this an odd placement considering Resident Evil 5 is by far from the fan favorite. Yet, beneath the simple (and at most times predictable) storyline, as well as the lack of any form of survival horror, the introduction of co-op is great for enhancing the fun. As a single player game, Resident Evil 5 isn’t the greatest. Your partner, who is the root of all your problems, hogs your ammo, and does little to nothing with it. But when you play with someone else, the experience changes entirely. The game is actually a lot of fun. And it’s not like Resident Evil 5 is a bad game in the first place, it’s just a bad Resident Evil game in that it lacks the scare factor. Challenging levels filled with hordes of not-zombies, Reapers, Chainsaw wielding maniacs will keep you on your toes. And the boss fights are great as well, especially near to the end (though, we will try to forget what happened at the Volcano). The return of the popular Mercenaries mini-game also provides a lot of fun, again, more so with multiplayer. Although not the best in the Resident Evil series, the co-op itself makes for a great game. 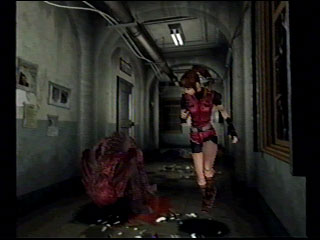 A sequel to the first game of the series, Resident Evil 2 improved in almost every way possible. The pre-rendered backgrounds were given a large overhaul, giving some sense of realism to the game. The atmosphere created through the use of sound and graphics creates a real sense of a scary, post-apocalyptic environment, and works really well for the survival horror genre. Another really great addition is the Zapping System. Rather than replay the same game with a different character, once you beat Resident Evil 2 as either Leon or Claire, you play the game again as the other character. This allows you to see both sides of the story act out. It’s interesting to see the story evolve side by side to the one you just played. There are also many graphical improvements over the first game, with Leon or Claire having far more detailed character models. Another neat addition is the visual changes that can be seen in the character as the take damage, as they start to limp and hold their chest, a sign you need to heal. Other than that, it contains the puzzles and tank-controls you either loved or hated from the first game, and is otherwise a great sequel to a great game. 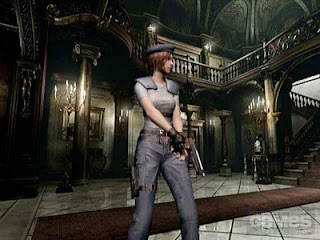 Now, if I was talking about the original game in the series, I would have placed this behind Resident Evil 2. Resident Evil itself was an amazing game, and something that had never really been seen before (well, except in that Alone in the Dark game that not many people bought – ed). Yet the rerelease of Resident Evil, cleverly dubbed REmake, was changed to offer an almost completely different, and better experience from the original. The director, Shiniji Mikami expressed that the remake is 70 per cent different to the original game, featuring new pre-rendered backgrounds (which are the best in the series) and new sounds. No longer will you have to hear the shocking voice acting present in the original (but Sam, you are the master at unlocking – ed). At the same time, the remake retains what made the original a great game. Interesting puzzles, a great story, as some really good scares. I would even love if the next Resident Evil saw a return to the tank-controls present here, because this is one of the best games available within the series. 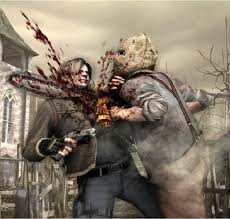 Resident Evil 4 was the start of something new within the Resident Evil series. Moving away from the fixed camera that was present in all the games prior, Resident Evil 4 adopted an over-the-shoulder perspective. Although the focus on action, rather than horror has remained a sore point with some hesitation by longtime fans of the series. Their fears can be understandable. The abundance of ammunition removes any sense of ‘survival horror’, as you won’t often have to use your knife as a final resort. However, the game is seen to be one of the most influential games of its time. The shift from survival horror to the reflex-based play has now been accepted to be the new form of the survival horror genre. Add this to the brilliant voice acting, story and looks of the game and you‘re pretty close to playing a masterpiece. Additionally, Resident Evil 4 introduces the ability for Leon to interact with his environment in ways that aren’t scripted. This emphasis of on-the-go strategy allows for some intense moments where zombies are crowded in your house and your last resort is to jump out of the window. It’s by no means a perfect game, but it is by far the best Resident Evil game available.