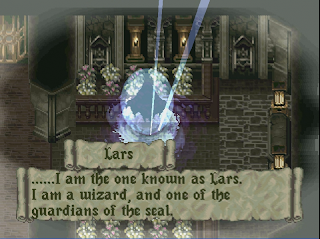 Nintendo’s The Legend of Zelda is a game franchise that has over the years developed into a unique formula, many times emulated and rarely (or never, depending on your perspective) bettered.

There’s a reasonable case to be made that Darksiders comes close to Nintendo’s green-dressed hero, but for all the hype it’s not the closest “clone” at all in terms of quality. That award goes to Alundra, a PlayStation One “RPG” that is in almost every way successfully emulates Nintendo’s pioneering gameplay style. Dungeons are filled by puzzles to overcome and traps to avoid. The plot is largely linear, sending players from one dungeon to the next, and as players explore these dungeons they’ll slowly amass a greater range of skills and abilities.

Just like Zelda, the game keeps up a snappy pace outside of those labyrinthine dungeons. The overworld is free of areas that have been thrown in for the sake of padding. Rather, every section of the world is filled with treasures to find and hidden delights to uncover. In other words, it is downright fun to explore. 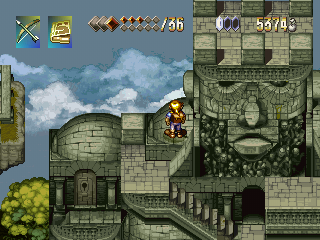 But that’s not to say Alundra lacks for unique charms of its own. It plays a lot like a Zelda game, but it’s not a slave to Nintendo’s game. For one thing, it looks closer to a traditional JRPG than any of Link’s quests. The sprite work could have come straight from a Final Fantasy game, and though it doesn’t play like a real JRPG, that gorgeous art style is a brilliant way for the game to differentiate itself from its inspiration.

The plot feels a little more epic, too. Where the Zelda games follow a tried-but-true personal quest theme – they are about Link rescuing himself a princess, after all, with Alundra you get the sense from the demons and larger range of people in dire need of help that this is not just the story of one hero, but his place within massive global events. Much like the visual themes, Alundra has a plot much more like a JRPG than a Zelda clone, and some may just prefer that.

Now, while the port’s quality on the PS3 is flawless, it must be said that for this kind of game, because it’s best played using the D-pad, the PlayStation 3 Dualshock controller is woefully inadequate. If you have a PlayStation Vita, enjoy Alundra on is, because it’s much more comfortable there.

MonkeyPaw has done a great service by its fans with bringing over some real classic PlayStation games to the PSN, but Alundra may just be the best of these. It has some brilliant level design, coupled with a visual style that still holds its head high today. It might not have stuck around as Zelda has through the years, but this is essential for anyone who like this style of game.

The Wasted Land expands its horror on iOS