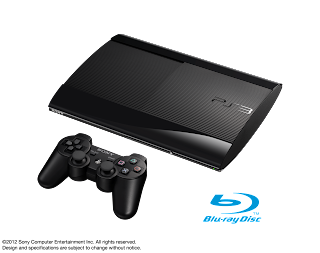 With a day to go before a new hardware revision hits stores, Sony Australia has shared some data that puts the console at #1 in Australia.

For the first half of 2012, while the entire games industry was down overall, the PlayStation 3 was the best performing of all consoles.

It was also the only games console to achieve double-digit sales growth year-on-year on the same period last year.

Combined with the Vita and PSP, Sony’s gaming hardware accounted for nearly 50 per cent of all hardware sales. If you’re keen on some more numbers and quotes from Sony Australia, check out the press release below:

PLAYSTATION®3 AFFIRMS LEAD 2012 SALES POSITION ON THE EVE OF A NEW CONSOLE LAUNCH IN AUSTRALIA
·         PlayStation Australia sets The World in Play unveiling its holiday games line-up
·         Innovative, new peripheral Wonderbook demonstrated
·         New “wallet friendly” PS3 consoles to launch this Thursday
Sydney, September 24, 2012 – Sony Computer Entertainment Australia (SCE Aust.) officially launched its holiday games line up today, at a showcase event headlined by the local release of its highly anticipated new PlayStation®3 (PS3™), out this week.
The new, smaller and lighter PS3 models arrive on shelves nationally this Thursday September 27, and launches during a time of significant Australian commitment to the PlayStation® brand.
In a challenging climate, where the Australian interactive games industry was down in value for the first half of 2012, official NPD Group Australia data revealed that PlayStation 3 had achieved number one console sales position for the first half of the calendar year. Additionally, PS3 was the only games console in the Australian market to achieve double digit unit sales growth, year-on-year over the same period. PlayStation `hardware family’ combined – including PS3, PSP (PlayStation®Portable) and the recent release of PlayStation®Vita (PS Vita™) – accounted for a large 43% share of the hardware value derived within the Australian retail interactive games industry for the first six months of 2012.
Michael Ephraim, Managing Director, Sony Computer Entertainment Australia said: “PlayStation sales in Australia are powering on, and that’s before the introduction of the new, more affordable PlayStation 3 this week. When you combine the great new PS3 form factor, our new Essentials value games range, an incredible line-up of blockbuster games content plus new innovation like Wonderbook™, this will further our momentum into this summer holiday season.”
At today’s showcase, PlayStation also revealed a first-look at its innovative new peripheral, Wonderbook.  Taking augmented reality to spectacular new heights,Wonderbook launches in Australia this November with a new title called Wonderbook™: Book of Spells, which features new and original writing from JK Rowling.
Wonderbook will be positioned at an attractive price point for every family. The new peripheral and Book of Spells game will be available priced at AUD$49.95 (RRP). A bundle that includes the peripheral, game, PlayStation®Move motion controller and PlayStation® Eye camera will also be available for AUD$99.95 (RRP).
Sony Computer Entertainment is already working with some of the world’s leading creators and developers to produce a variety of games content for Wonderbook.
Cross platform game play experiences between PS3 and PS Vita devices were also showcased at the event with the upcoming title, PlayStation® All-Stars: Battle Royale™ scheduled for a November 22 release nationally.
Share this

Region locking and Wii U… oh dear why, Nintendo?