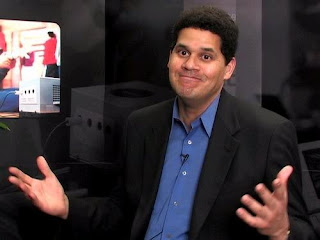 There’s a lot to get excited about with the Wii U. Nintendo has in its hands a console that promises a lot, and is backing it up with some exciting games – not just Nintendo games, either. The third party interest, such as Zombie U and Bayonetta 2, is very strong indeed in the early stages.

So why in heaven, earth and hell did Nintendo feel the need to region lock the Wii U? Yes, importing games is something that only a small percentage of gamers care about, but they’re the most dedicated gamers, so you would have thought that perhaps, just perhaps, supporting them would be the way to go.

There was some hope back at the start of the current generation. Sony’s PlayStation 3, whether by accident or deliberately, was not region locked. The PSP and Vita, with some tweaking, were/ are not region locked. Apple’s products are almost universally global when it comes to licensing – it doesn’t matter what region you’re from you’ve got access to 99 per cent of the content.

And, given the Cloud focus that Microsoft has now, it’s entirely possible if not likely that the next Xbox, with its Surface accessibility, is far less content-tied by region than ever before.

So why does Nintendo insist on region locking its consoles so tightly that it is stifling? Back in the day it made sense of course because it allowed publishers to work markets better. It allowed better control over logistics, and it gave developers a better sense of each individual market’s demand.

We’re not in the old days any longer, though. We’re in an era of digital downloadables, region-free content and instant access. The market forces that meant region locking made sense are market forces on the wane. At a time where a single head office is enough to run a global distribution network (just ask Rovio about Angry Birds) it makes no sense to continue to use distribution models that only work when publishers have local offices.

Let me explain. If you have a look at the iOS app store, or even the PlayStation Network, it is really quite easy for a developer or publisher to build a game and sell it globally. Other than the rare occasion where a game is banned by the censors (doesn’t apply to iOS where games don’t need to go through the classifications boards), or the publisher has such a low budget that it can’t afford to put a game through the censorship process (the latter is applicable more to Australia, which has an expensive ratings process, than anywhere else), just about anything can be published anywhere with a minimum of fuss.

Region locking adds a whole extra layer of fuss to the process. Developers will need to work with multiple divisions of Nintendo if it wants players around the world to access its games. Those that work with Sony don’t. Or, to think about it another way – do you think a niche publisher like NIS America really cares that Legisista is not available on the Australian PSN store? Of course not. The game was only ever going to sell to a tiny minority, and that tiny minority are the kind of gamers that are well aware of a game like Legasista’s existence and will know how to get it from the US store if they really want to play the game. NIS Australia still profits from every copy of Legasista that an Australian buys from the US PSN store.

NIS America would not make a single sale of Legasista in Australia on the Wii U, and fans of NIS America in Australia would miss out. By very definition, Nintendo in making this decision is putting a wall between any number of fans and the games they may well want to play.

That’s the beauty of consoles with no region locking – they give the small guys a chance to think local, be global. And by being small guy-friendly, the company making the region-free console is going to be a far more attractive partner than the company who continues to insist on region locking.

Nintendo, if you genuinely cared about online distribution, or supporting indie publishing, you would have realised that no one cares about region locking any more. I’ll buy two Wii U consoles because I think long term it’ll be worth it, but damn they’ve let me down with this news.

PlayStation is still #1 in Australia

Tiny Troopers gets a lil’ update