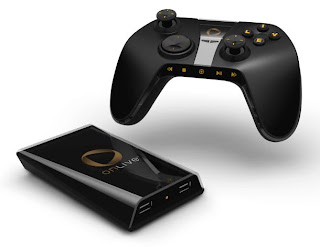 It looks likely that OnLive is on the way out. There’s a story over at Forbes from late last week that claims there have been massive layoffs at the Cloud gaming company, and when you consider that OnLive’s greatest rival, Gaikai, just got acquired by Sony reducing your resources while the competition increases its is never a good sign for a business’ health.

This is something that every gamer needs to be worried about, whether you use OnLive or not, because OnLive’s failure will cause some significant ripples through the industry. Given that the industry is already a shaky one in terms of profitability, this is going to bite deeply.

Allow me to explain. Cloud gaming has been marked out as one of the brightest opportunities for developers and publishers to help put some margin back into their investments. “As-a-Service” initiatives (such as Gaikai, OnLive, PlayStation Plus or Xbox Live Arcade) are lucrative. Consumers think they’re getting a good deal with free games or premium services, but the lock-in (keep paying every year or you’ll lose access to those games) means that the platform owners suddenly enjoy an annuity income with very low customer churn. Why is this significant? It’s far lower risk than simply developing a good game (or indeed, console) and hoping it performs in the market.

So when OnLive & Co came along, publishers and developers were rightfully jumping on board to support it. Despite being a startup, OnLive’s done a great job in convincing publishers to sign up to it. And despite the financial trouble it finds itself in, OnLive was not want for customers. Every Cloud service to date has enjoyed a good level of customer support – even such services as Call of Duty Elite.

But here’s the rub – that support is there because there hasn’t been a high-profile failure yet. What happens when a Cloud provider goes bust? The servers disappear, and those games that people paid money to access are no longer accessible.

What happens when a high-profile Cloud provider goes bust? Costumers start to look at their own Cloud services, and wonder whether they’re going to disappear too. Other consumers suddenly start to think more carefully before signing up for new Cloud services. In other words, that confidence (or complacency) that currently exists with Cloud will no longer exist, and when that happens customer churn will increase and the platform holders will need to start cutting margins again to remain competitive and keep the numbers up – in other words we’ll be in exactly the same place we were before.

This downturn in consumer confidence will extend into all digital download services, since to many consumers there is no real difference between Cloud and downloadables, and so DLC will also be impacted. Given that a traditional “make box product and sell it to retail,” is no longer sustainable for any business at scale, a lack of consumer confidence in these new business models is going to hurt the profitability of the publishers and developers.

And as I’ve argued a few times in the past, unprofitable developers and publishers hurt gamers. Without the money coming in, innovation is stifled and fewer products are made.

No one wants that, so let’s cross our fingers for OnLive. If it is in such dire straits, perhaps Microsoft could be the one to bail it out?