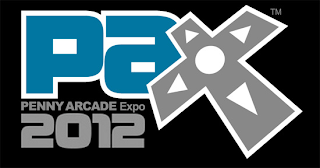 While PAX Prime does attract the attention of many larger game companies and studios, independent developers are not left out. Continuing off of the concept established in PAX Prime 2011, The Indie Megabooth is back with 30 independent game developers that will (in total) show off more than 32 games.

Below is the announcement video for The Indie Megabooth, which contains a large handful of the complete list of indie developers, a large variety of games, and some awesome semi-chiptune music;

– 17-BIT will be cracking skulls with Skulls Of The Shogun
– 24 Caret Games will rewind time in Retro/Grade
– Alexander Bruce plans on bending minds with his award-winning Antichamber
– Arcen Games is planning to further promote A Valley Without Wind
– Blendo Games will fully reveal their new project Quadrilateral Cowboy
– Blue Manchu wants to you to collect cards in their free-to-play collectible card game Card Hunter
– Broken Rules is showcasing its lovely-looking Chasing Aurora
– Capy will break time with its Super TIME Force
– Carbon Games is putting transforming robots into an real-time strategy game with AirMech
– Data Realms will show off a release version of Cortex Command
– Dejobaan Games is going beyond the call of duty by exhibiting three separate games; Drop That Beat Like An Ugly Baby (procedurally-generated flying-cityscape arcade game based off of an MP3 collection), Drunken Robot Pornography (arena-based shooter with user-created bosses), and is teaming up with Radial Games for Monster Loves You! (odd point-and-click monster training game)
– DrinkBox Studios wants to wrestle the time away of PAX Prime attendees with Guacamelee!
– Eyebrow Interactive wants to have a showstopper with Closure
– Fire Hose Games needs some dinosaur repellent in their game Go Home Dinosaurs!
– Gaijin Games is running for a second hit with Runner2: Future Legend of Rhythm Alien
– Gaslamp Games wants to show off more locales of its Dungeons of Dredmor
– Klei Entertainment wants to avoid being hidden with its stealthy action game Mark of the Ninja
– Misfits Attic plans on introducing more hard drives to A Virus Named Tom
– Muteki Corporation wants to put more points into the awareness skill of Dragon Fantasy: Book II
– Pixelscopic wants to hack-and-slash its way through random dungeons with Delver’s Drop
– Pocketwatch Games wants to steal what is yours with Monaco
– Primer Labs is performing a game-making experiment with Code Hero
– Retro Affect wants to make pictures useful with Snapshot
– Ska Studios is rather blunt with its upcoming punk-inspired brawler Charlie Murder
– Spry Fox, in an attempt to step above Dejobaan Games will be showing off four games; Steambirds 2, Leap Day, Triple Town, and Panda Poet
– Strange Loop Games wants to dazzle more people with their liquid physics in Vessel
– Two Tribes has decided to continue the tales of its flagship game with Toki Tori 2
– Vlambeer is rising to Dejobaan Games’ bar by displaying three games of its own; LUFTRAUSERS, Ridiculous Fishing, and Super Crate Box VS
– Young Horses is planning to add some fatherly love to PAX with Octodad: Dadliest Catch

My, is that a LOT of independent games! If you happen to be attending PAX Prime, be sure to check out The Indie Megabooth if you can as there seems to be some bizarrely amazing (and amazingly bizarre) games that you will be able to play.