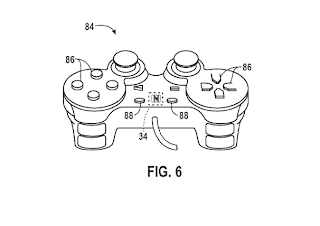 “iPhone and iPad games suck. There’s no buttons!” This is a constant (erroneous) statement we all see people making for why the traditional console makers have nothing to fear about Apple.

Except now they do, if a recent patent filing is any indication. Apple has patented a design that looks very much like a game console controller.

So, if this eventuates, here’s my predictions – and it’s chilling news for the big three. Apple’s controller would be a device that connects into the iPhone and iPad. Through Airplay and the Apple TV, this effectively makes both devices dedicated “games consoles” for TV gameplay, while also allowing people to pick their games up and play them when out and about.

There are other game controllers out there for the iDevices, but here’s the key difference that an Apple one will bring to the table – as an officially-sanctioned product, the big iOS developers will flock to support it. Gameloft’s Modern Warfare and Firemonkey’s Real Racing, for instance, will be updated to support the controller. With that kind of support, consumers will flock to buy the device, encouraging even more support from the indie developers.

It’s also likely to be a well-made and comfortable device, as fits Apple’s design philosophy.

In other words, with a single product release, Apple will address the one and only conceivable flaw in its gaming capabilities that anyone could possibly claim. Considering Apple is already causing a massive upheaval in the games industry without even really trying, this is ominous news indeed for the other guys.