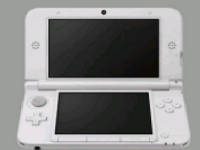 Nintendo held one of those video conferences that it has developed a penchant for – where it unveils new products and gets everyone excited for the games it has coming up.

Except the company has completely screwed up this time.

Barely a year after launching the 3DS, it has launched a “XL” version – bigger screens, slicker presentation, the lot. In every other way the console seems to be the same, it just looks like Nintendo’s going after the small crowd that’s been getting into the Vita on the basis of its gorgeous screen.

I think Nintendo is shooting itself in the foot this time, though, by confusing the hardware story that it’s trying to tell the market. A couple of months after releasing the 3DS, Nintendo was forced to produce a hardware add-on, the Circle Pad Pro, which adds a second control stick and additional shoulder buttons to bring the console up to a modern control layout.

The new beast console doesn’t have that hardware “patch” built into it, so of course we’re assuming that there will be a Circle Pad Pro XL released as well.

That makes for four bits of hardware that are more-or-less essential for the full 3DS gaming experience available on the market simultaneously. On the shelf, that’s going to confuse a casual shopper.

The peripheral and hardware refresh strategy works when you’ve got a market-dominant product, as the Wii was. Not everyone had to buy a Balance Board to make the balance board an attractive peripheral to develop for. However, the 3DS is nowhere near that point yet, so why should developers do anything to take advantage of the Circle Pad Pro, let alone the bigger 3DS screens when the audiences are going to be so small and fragmented?

I’m also concerned about the visual fidelity of existing 3DS, DS, DSiWare and eShop games. Blowing games up for bigger screens rarely makes them look good – already the DS, DSiWare and Virtual Console games are visually a bit of a challenge on the 3DS (and for ambassadors, the GBA games are just terrible). Blow them up even further for the XL and things are going to start looking really ugly.

I believe this move by Nintendo is reactionary rather than strategic, and I worry that Nintendo has spread itself far too thin so early in the game. The core 3DS hardware was already more than adequate, and Nintendo should have focused on pushing that out to a wider audience, rather than adopt a dual-hardware strategy.