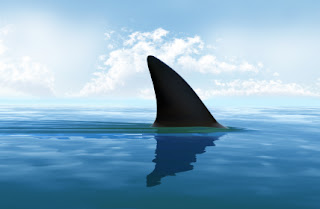 There’s a fascinating piece over at Gamesindustry that points out that while the media attention is focused firmly on the plight of THQ, almost every major games publisher is genuinely struggling right now.

It’s not the “bad economy,” that’s causing it, either. Companies like EA and Take Two are underperforming compared to the NASDAQ, which, while down because of the bad economy, is not nearly as down as the game publisher’s stock. Even Activision, by far the most valuable publisher in the US, is only treading water with the NASDAQ average. In other words? No major publisher is outperforming the market.

Zynga has also seen its share value crash, and over in Japan the plight of Sony and Nintendo has been well-documented. What does all of this point to? An industry that is genuinely struggling. Everyone is taking different approaches to market – EA has thrown in with mobile gaming, Zynga is the darling of social media, Activision is the big blockbuster monster in the building. Nintendo is resolute on sticking to its core competencies, and Sony is putting all its energy into marketing and building customer loyalty.

Frankly, none of it is working, and it represents a fundamental problem with the games industry – it’s not proving to be a good business to be in. Whatever the reason, whether it’s because you feel like publishers are not doing right by the consumers, or whether you think it’s because the industry is cannibalising itself with used game sales and heavy discounting, the games industry is, simply, not profitable enough.

One of the consequences of crashing share prices is that those companies suddenly become of interest to potential acquirers looking for a bargain. If EA loses 50 per cent of its share price, it’s 50 per cent cheaper to acquire.

Some publishers won’t be of particular interest for acquisition – THQ for instance has a few valuable IPs and one or two well-regarded studios, but a lot of that could be picked up post- liquidation. The competencies of an EA or Take Two, on the other hand, would be of intense interest to investors.

Take Two has Rockstar and 2K Games. Neither of those brands are brands anyone in the industry wants to see go away, so if Take Two’s share price hits a certain threshold, you can be sure one of the cashed-up big publishers will be more than a little interested.

EA, likewise, has some very valuable in-house developers, a massive mobile competency and fingers in just about every other pie. Anyone out there looking for a premium brand that can help tap into the “hardcore” market would be interested in what EA could bring to the table.

Then there’s the hardware manufacturers – Sony and Nintendo could both be acquisition targets in the future. Both have heritage and R & D capabilities that would give any acquirer a massive leg up in the gaming space.

Given that the whole games industry is underperforming right now, it seems unlikely that anyone in the games industry itself has the money to make a big acquisition, so were I a betting man, I’d be betting that a non-gaming business looking to get in the space will be making the acquisition. There’s a couple of candidates there – some of the movie studios might want to broaden their reach, or Apple might finally do what it’s been silently threatening to do for a while and get involved in game production.

We could be in for an interesting couple of years, but there is one great question that needs to be answered – if I’m right, and game publishers start to become part of large, multi-stream corporations, are we going to lose some of the purity to the cause that a dedicated games business can offer?

Nintendo has really screwed up its 3DS hardware strategy this time