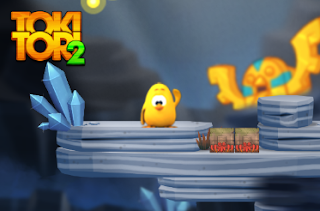 With my recent review of Portal 2’s level editor, I found the included Steam Workshop integration to be  a welcome addition. It allowed easy queue-creation for downloading many community-made levels from any web browser and it significantly enhanced the overall experience of the game. Another title has been confirmed to use the feature and it will be joining the likes of Portal 2, Team Fortress 2, and Skyrim. Although, this game nearly isn’t as high-profile as the other games listed above.

While we are a little late to the news, on May 13th the sequel to Two Tribes’ first ever game, Toki Tori 2, was confirmed to launch with Steam Workshop support. The Steam Workshop will handle sharing custom levels created in the built-in level editor that Toki Tori 2 is planned to release with. In the official blog post announcing the addition, company founder and creative director Collin van Ginkel states that from the start of developing Toki Tori 2, the entire studio had decided that a “properly designed and deeply integrated editor” would greatly enhance the game’s quality and allow for better exposure of the game through user-generated content. Below is a video preview of the level editor in action along with new puzzle elements being showcased;
Fun fact; in December of 2010, Two Tribes released an internal level editor for the Toki Tori remake that was released in January of the same year. While this did lead to user-created levels, accessing those levels were a difficult and time-consuming task, leading to the act of playing user-made puzzles to only the dedicated. The addition of Steam Workshop integration is most likely a response to the laborious task of playing those levels.
Toki Tori is to be released on Steam in Spring of this year (2012) and a Wii U version is planned most likely to be available to purchase alongside the launch of the console.
Share this