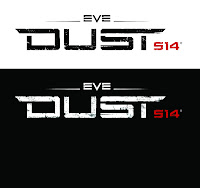 The free to play FPS’s registration page is now live accepting prospective Dusters.
Dust 514 is quite the interesting little title. A PS3 exclusive, the game is a first person shooter MMO set in the world of (also MMO) EVE Online. And here’s the hook- the full game will be totally free to play. Actually sounds pretty cool too.

DUST 514 is one of the most anticipated titles of 2012, and CCP is ready to accept sign ups from fans and gamers eagerly awaiting their chance to try out the revolutionary shooter. If accepted, beta registrants will be notified with an email invitation and instructions on how to access the beta. Thousands of players have already been able to experience DUST 514 during its closed beta, and CCP is beginning to let limited numbers of players join the action. Select players from CCP’s MMO EVE Online will gain entry into the DUST 514 beta this week, as well as all those who attended the EVE Fanfest convention in Iceland this past March. The beta will continue to expand throughout the summer, and CCP will discuss more details at this year’s Electronic Entertainment Expo (E3).
DUST 514 brings intense infantry combat, large scale warfare and rich character advancement to the PlayStation 3 in a system-exclusive free-to-play persistent shooter set in, and integrated with, the massive universe of EVE Online. Wage war in the next generation of first person shooters, where your next victory could prove the crushing blow to a galactic empire of thousands of online gamers.

Hopefully it’ll just be better than MAG. Find out when Dust 514 launches later this year.