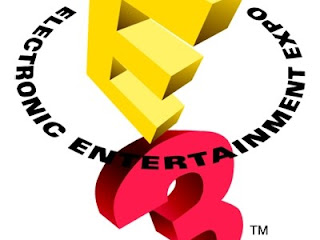 E3 is typically the most exciting time of year for the games industry. The fact that is manages to create a vacuum where very little interesting stuff (as in, news releases or game launches) happens for a couple of weeks before, and a couple of weeks after the event is testament to just how much energy goes into the event itself.

Smaller developers and publishers tend to go unnoticed amongst the announcements of the big guys, but there is no end of news – big and small – that comes out of the event. We’ll be trying to cover as much as possible at Digitally Downloaded, but let’s kick off the coverage with a bit of a preview about what to expect from the big guys.

In short: It’s going to be a quiet E3, I think. Sure there will be one or two games that will wow people with new footage, and perhaps even one or two surprise announcements, but usually the really exciting unveils at E3 are the hardware announcements.

There won’t be any consoles unveiled. Microsoft will not be showing off the successor to the Xbox 360, and Sony won’t be leading that charge. Indeed, Sony will be trying to drum up support and interest in its Vita, so I would expect to see the PS3 announcements to be relatively thin as well. Nintendo will be showing off a more developed Wii U, and that will be interesting as many of us will be hoping the concerns we had over the console last year were simply a consequence of it being barely more than a prototype when it was prematurely unveiled last year.

That will probably be the highlight this year, as Nintendo has now had the time to better prepare demonstrations that reflect the potential that the Wii U has to add something new to gaming. It’s also going to be interesting to see if Nintendo has plans beyond “release more games” to help the 3DS stay on top, because as it stands it’s still a console with more potential than realisation at this stage.

But the continuing absence of Apple from the show demonstrates a problem with E3: like it or not, Apple’s devices as well as Zynga and Facebook as a platform are all important threads of the gaming tapestry.

Apple itself has kept its distance from gaming, but all it would need to do is take the stage and show off a Bluetooth controller that connects with the iPad (and thus the TV via Apple TV), and the gaming industry would have a genuine forth platform to play with. This would be the perfect year to do it, too, given the lack of hardware announcements from the other vendors.

Even with “just” touch screen controls the iPad has become the home for a range of niche genres such as casual gaming, board games and even strategy gaming. The games industry ignored Apple to its detriment, and until E3 brings Apple on board, it’s harder this year to say that E3 represents the entire games industry than ever before.

That said, it’s still going to be a good show, and of course, developers working on Apple platforms will be there in force. Of the publishers, I think EA’s going to be the one to watch. We know what Activision is going to be showing, but EA’s the one undergoing a massive business transformation to invest more heavily in mobility products. It will be interesting to see what product vision is there for the next 12 months.

What is everyone else looking forward to with E3, and given that product info leaks are now so common, as well as the absence of Apple, do you think the event is still as relevant as in years past? Let us know in the comments below!