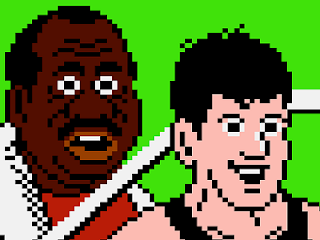 So we’re starting to get the NES games released on the 3DS eShop on the Virtual Console service. The first game to be released (aside from the 3DS Ambassador games, such as Super Mario Bros) for the Europeans is Punch Out.

Now, Punch Out is a classic game. Perhaps not Nintendo’s most famous franchise, but one that’s hung around long enough to have a Wii release. It’s also an enormously influential game, with everything right up to iOS poster boy, Infinity Blade, borrowing heavily from the basic formula.

And indeed Punch Out remains a very playable game by modern standards. It’s a reflex and timing-based fighting game, in a nutshell. You’re put into an boxing arena with an opponent, and you’ve got three rounds to knock that opponent out. Now, the twist for this game is that there’s no movement involved. There’s left and right punches, blocks and dodges. Rather than move around the ring, you need to learn your opponent’s unique style of fighting, and then learn how to dodge their attacks and then counter-attack. Otherwise it works much the same as you’d expect from a fighting game – there’s stamina bars, for instance. 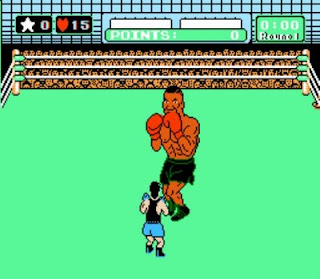 What’s impressive about this game is, despite being so old, there’s real variety between the opponents. They have their own personalities and attack style. The first time you go against a new opponent, you’ll likely struggle and probably lose. The second and third times though, once you understand their attack patterns, the game shifts from very difficult to far, far too easy.

Which is the big problem for Punch Out – it’s a short game. There’s a few leagues to work through, and that’s it, there’s nothing else to do aside from gun for better scores. Given how trial-and-error heavy the game is, it’s also one that once finished isn’t really worth coming back to.

It looks good for a NES game, with big, chunky sprites and some amusing animations. It sounds fine. There’s even Mario in the game to help give it some star power. It’s just hard to get past how limited the game is.

And, given it costs $Aus7.50, it’s just not worth the investment. For much the same price you could get Infinity Blade on the iPhone, and comparing the two makes you realise that Nintendo has far too much belief in how much nostalgia is worth. And perhaps they’re right – after all, Virtual Console remains really popular. But aside from the nostalgia, this game just doesn’t compete.

Unite lunatics for free in the PSN update