Fire Emblem Engage releases this month as the latest in Nintendo and Intelligent Systems’ long-running and highly lauded properties. I want to use this opportunity to go back to the very first Fire Emblem to be released in English, Fire Emblem: The Blazing Blade (simply called “Fire Emblem” for the Western release). This was actually the seventh title in the series to have been released in Japan, but I do think it was the perfect introduction to the series in the West, and the main reason for that is its tutorial.

Fire Emblem starts off with an 11-chapter story arc that introduces you to Lyn, and a host of other characters, as they struggle to rescue Lyn’s grandfather and liberate her castle from her evil uncle, Lundgren. Each chapter in this story arc introduces you to new characters and gameplay mechanics. One level introduces you to the strengths of the archers and Pegasus knights, for instance. Another shows you how to promote a character to a more powerful class. Another shows what magic users and healers do. You’ll run through all the standard tutorial prompts, and both tactically and mechanically, these levels are limited as is standard for tutorials.

Then, at the 11th level, you’ll get to fight Lundgren, defeat him, and close the narrative arc. Far from being the end of the game, of course, you’ll discover after a closing cut scene that now you’re in control of a new hero – Eliwood – and his allies. You meet Eliwood very briefly during Lyn’s story arc, so the connection between the two characters and setting is established, but you are effectively starting from scratch again, and this means you’ve only got a few units, and everyone is first level again. The only difference is that there’s no tutorial. The story starts “clean”. 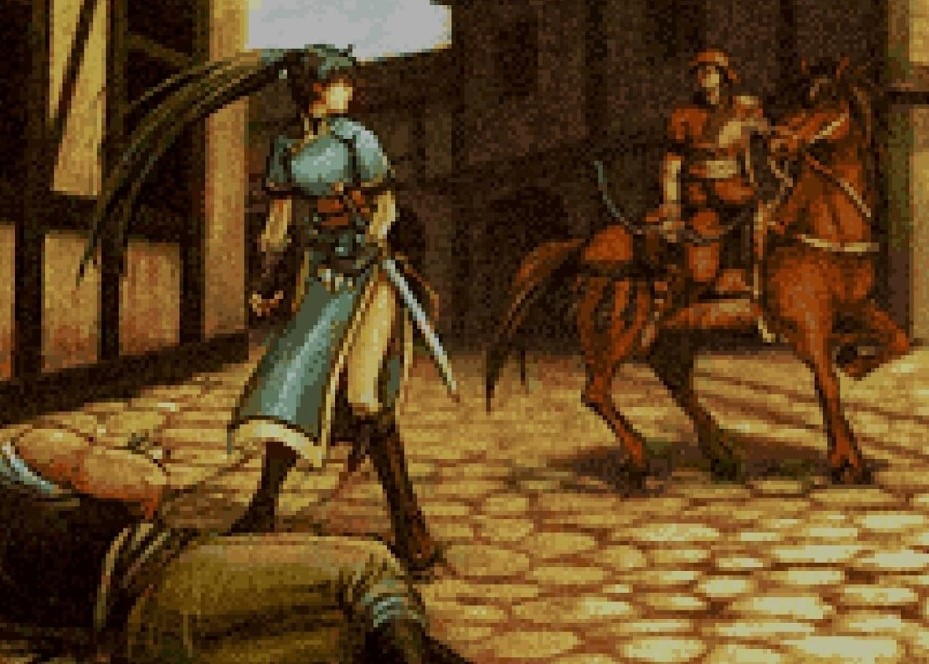 This is such a neat way of overcoming a common problem that Fire Emblem titles – and JRPGs in general – face. By the time you’ve worked through the tutorial part, you’re already deep into the narrative. The pace of the narrative is disrupted, constantly, at the start as the game explains to you how to play it, and this can impact on your relationship with the characters and first impression of the general plot. By approaching things the way the development team did with Fire Emblem – by writing an efficient and almost self-contained narrative specifically to house the tutorial – Fire Emblem’s main plot hits the ground running and from the very first level it feels like it is of consequence and you’re playing the “full game.”

But then something really cool starts to happen – you start meeting all the characters that you played with through the tutorial, and they rejoin your party, at the same experience level that they had at the end of Lyn’s story arc. This is neat because it keeps you interested through the first few chapters of the new story – you’ll be wondering when your favourite character will show up again, as you start to develop a connection to the new cast as well. It’s also important for continuity, as it helps to connect the two stories together and makes the events of the tutorial feel relevant.

Mechanically, it plays a role too, as it allowed the developer to introduce permadeath to players, but also allows them to circumvent it one time. Chances are that the first time you play Fire Emblem you will lose a character. It’s a generally difficult game, and permadeath is important to it. If a character dies in battle, then they’re lost to your party. However, if you lose a character in the tutorial, they will only be unavailable for the remainder of the tutorial. When you meet them again in the “main” game, with Eliwood, they will again join the party. The only thing you’re missing out on then is the ability for the unit to get some experience through Lyn’s story, but with some focus on levelling, you can get them up to the speed of the rest of the party soon enough. 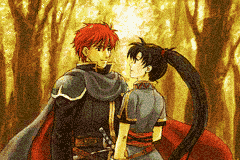 In other words, it’s basically the perfect introduction to Fire Emblem, for people that haven’t played Fire Emblem before. It offers a neat way of containing separating the tutorial material while still making it enjoyable in its own right, and allowing the developers to introduce core concepts of the game in a way that is “safe” for the players, before hitting them with the difficulty that continues to distinguish the Fire Emblem series.

Every other Fire Emblem game has a more traditional tutorial and onboarding. The first couple of levels are both part of the main plot and also force players to play in a particular way while deliberately drip-feeding important characters and concepts one tutorial message at a time. This is, of course, important to do and Fire Emblem games all do a good job of introducing new players to its mechanics, but for those of us that have played many games in the series, this approach makes the all-important introduction to the narrative to be an underwhelming experience. Lyn’s story arc, being a brief anecdote in the context of the overall game, and also specifically written with the tutorial in mind, is a far superior approach to take. For those of us that were fortunate to get into Fire Emblem with that first English release, it was the perfect introduction, not just to that game, but to the entire series.

How To Play Fire Emblem: The Blazing Blade today

Unfortunately, Nintendo and Intelligent Systems have been absolutely terrible about making earlier games in the series accessible on newer hardware. The Nintendo Switch only has Three Houses, a localisation of the NES original that was done to celebrate 30 years of Fire Emblem, and now Engage. There are no HD remasters or ports of any of the previous games, despite the clear interest there would be in these games. 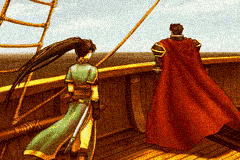 If you still have a Wii U, then you can access Fire Emblem (as in, the English localisation of The Blazing Blade), as well as the second GBA Fire Emblem released in English: The Sacred Stones. Both of these games are available as Virtual Console releases (and do look and play pretty well on the Wii U handheld screen in particular).

Then there is the trilogy of the 3DS Fire Emblem titles, which remain accessible if you happen to have a 3DS.

To date, there’s no Virtual Console for GBA, GameCube or Wii games on the Nintendo Switch, and no indication if there’s any plan to do one. There’s also no hint that Nintendo is considering a “collection” style release for classic Fire Emblem titles, though there are two perfectly good opportunities there (bundle together the two GBA titles with the GameCube and Wii release for one collection, and the three 3DS titles for the other).

In lieu of Nintendo doing anything with the series, however, the only other option is emulation. With several characters from Blazing Blade, Sacred Stones and the 3DS Fire Emblem titles showing up in Fire Emblem Engage, it may be something worth considering if you have come to the series later. Because you’re going to want to be ready for Engage when it launches. It really is all that.

GoldenEye 007 has been the talk of the town again…

January 2023 Podcast: Everything we loved playing last year, and a chat with Lached Up Games!