It's all our childhoods in a pocket.

I finally have the Ayn Odin Pro. According to the order records, I put the order down for it back in June, and it arrived yesterday. Putting aside some very questionable customer service (at one point in August I emailed to ask nicely for a rough ETA, and their response was, I kid you not, “we’ll ship it when it’s ready, be patient”), the wait was worth it and I am an instant fan of Odin. For a very modest $300 US (which sadly is around $500 in Australia now thanks to the exchange rate), it is one incredible piece of equipment. It’s genuinely shocking how well-made this thing is.

The Ayn Odin Pro is an Android-based system that has been built to be a retro emulation powerhouse. It does genuinely break down some barriers here. Having used a lot of emulation consoles previously, the cap at the “affordable” end of the range sat at around the N64/PS1 generation. You could always spend $1,000 or more for an Android device that could do more, but the Anbernics, Powkiddys, and Retroids – the little emulation consoles for people that just wanted that – the cap has been pretty solid for a while now. The Retroid Pocket 2+, for example, was great at most N64, Dreamcast, PSP and PS1 titles, but without a lot of tweaking, that was about as good as it got without making a serious investment.

The Ayn Odin Pro comfortably handles most GameCube and Wii games, and a good cross-section of the PS2 titles (and I suspect many of the issues of those that don’t work sit with the emulator, AetherSX2, which is a relatively new emulator, rather than what the Odin’s hardware can handle). This, all by itself, is more than enough of a reason to own the Odin Pro. As much as I love retro gaming (and have a collection of around 30 little consoles out of China to prove it), The PlayStation 2 and GameCube era was the point where video gaming modernised, and to this day the heritage we see in modern games comes from that generation. 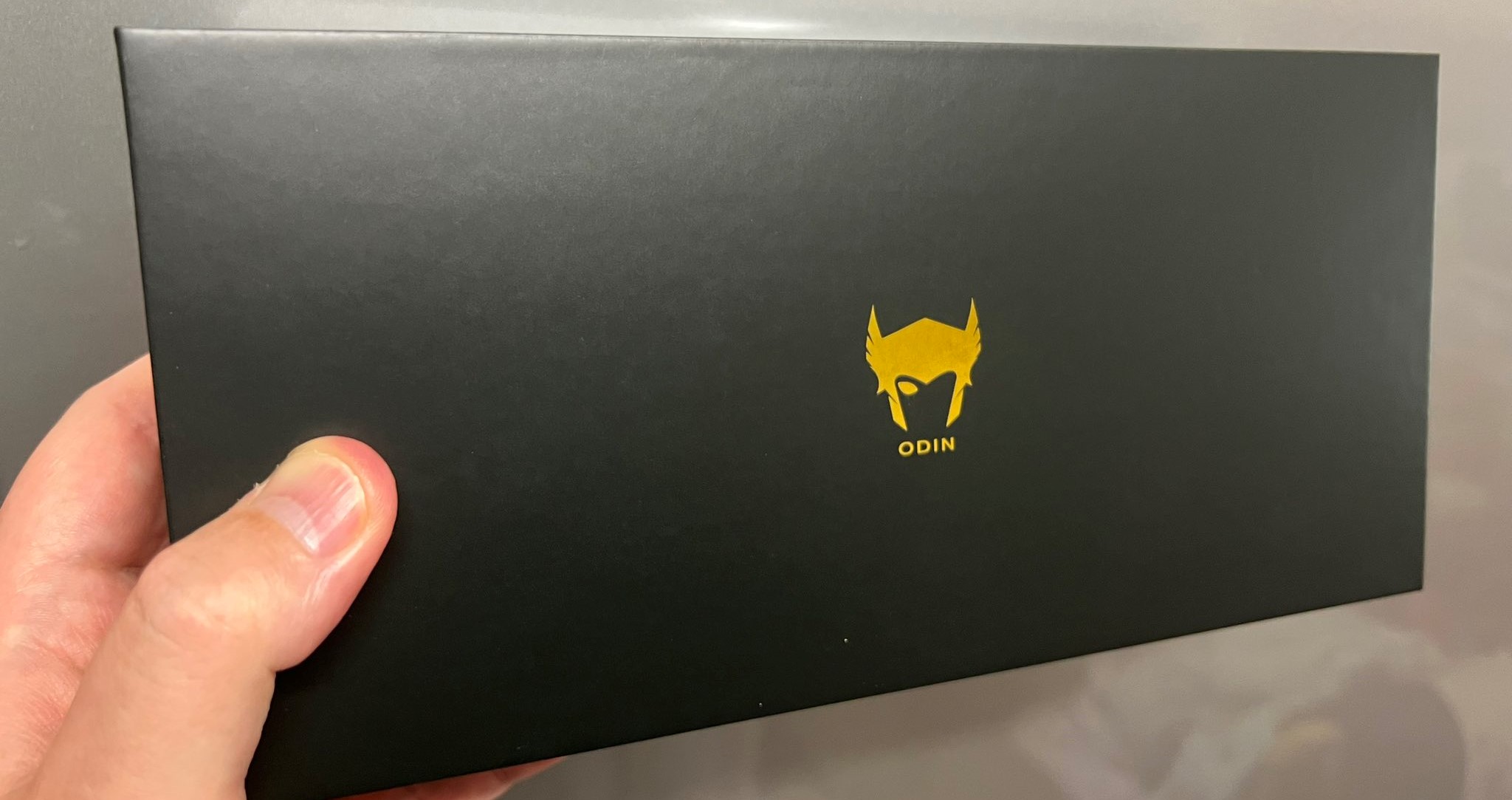 I can’t even begin to describe the joy in having Clock Tower 3, Lord of the Rings: The Third Age, Beach Spikers, Fire Emblem: Path of Radiance, Star Ocean 3, Project Zero 2, and lord knows what other games I’m about to rediscover in a handheld format. The kid in me, that used to count down the hours to get home and play these games, is overwhelmed by having them in a handheld format. I can play these games on the train now! It’s also worth noting that this is about as far as I ever wanted to take emulation gaming too, at least for a decade or so now. The PS3, Xbox 360, Switch and other devices are new enough that they’re not “retro” in my mind, so with the Odin, I’m finally covered for everything I wanted these devices for.

There are disappointments. For some reason, Lost Kingdoms and its sequel simply don’t run on the GameCube emulator (I load them up and get a black screen), and those are deeply beloved games, so I do feel that loss from the library. Chaos Legion runs at about 5fps and it’s another one I’ve been dying to replay. Kings Field IV – the game that got me into Soulslike before Demon Souls was a wet dream for Hidetaka Miyazaki – runs, but it has a blur effect that is overpowering and I just don’t know how to turn that off. But those are the exceptions, and the playable vastly outnumber the unplayable, so I’m not complaining about what this device can handle at all.

Everything also looks good on a truly gorgeous, and large, screen. The Odin Pro is a hairline smaller and thinner than the Nintendo Switch, and that means it has a screen of equivalent size and, incredibly, equivalent quality. This is big enough to make splitting the screen for DS games worthwhile (for the first time on these kinds of consoles). It’s a touch screen device too, so DS games actually feel comfortable to play – even the touch screen heavy ones. The size and quality of the Odin’s screen also means that the console is a particularly nice device to use Android apps on. I doubt I’ll ever get into Android gaming, since free-to-play stuff inevitably aggravates me, but this is a great device for watching movies, and general browsing in-between games. 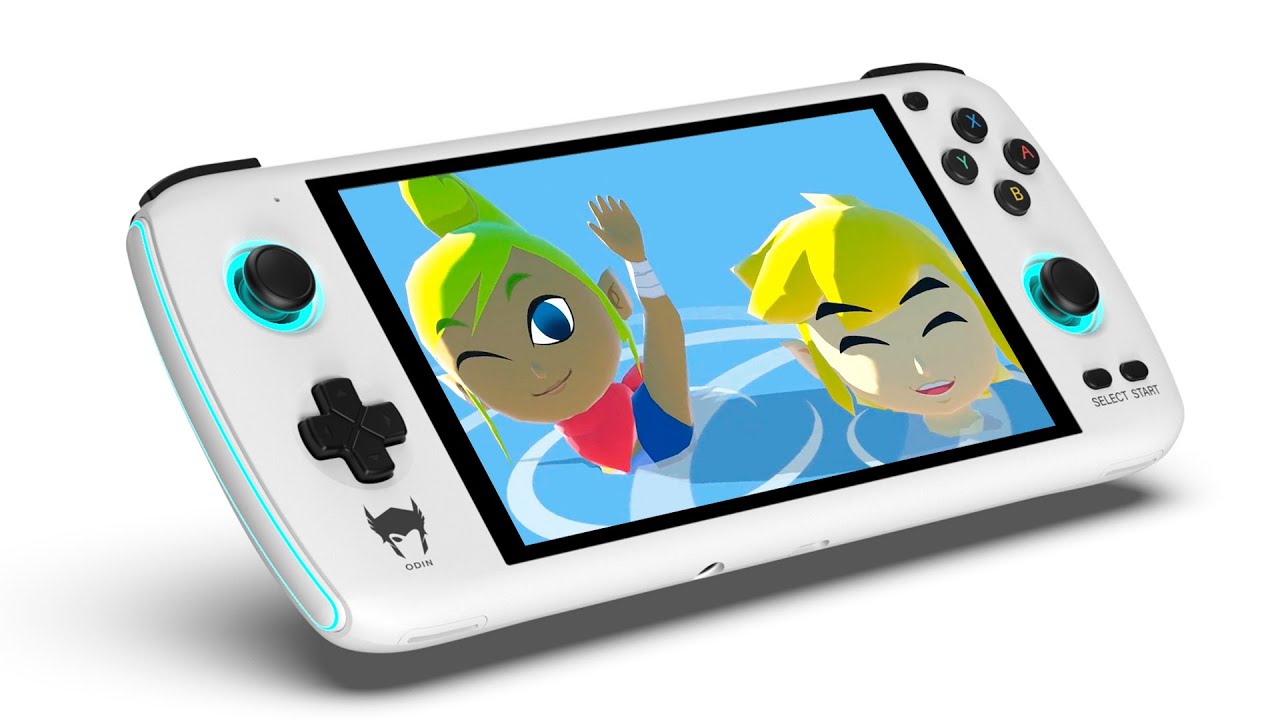 Finally – and this is a cherry on the top deal – as an Android device the Odin Pro does support Microsoft Cloud Gaming and so, if you’ve got a decent enough Internet connection, it also does the triple-A thing. You can go from playing Pokémon Blue, to bashing around a bit in Crash Bandicoot, to reliving the delights of the best era for survival horror via a Clock Tower 3/Haunting Ground/Silent Hill 2/Project Zero 2 marathon, before unwinding with a spot of Yakuza: Like  A Dragon. All on the one console. It’s almost an entire history of gaming in one box.

The build quality of the machine is excellent, too. The screen is powerfully bright and will be perfectly playable in full sunlight, while the buttons all have a robust and solid feel to them. With most retro emulation consoles you do know that at some point things are going to just stop working, but the Odin Pro, if anything, feels better constructed than either the Switch or PS5 controllers, let alone what comes from the emulation devices. I don’t expect Joycon drift with this device, and as someone who is already on to my third PS5 controller… send your engineers over to Ayn for some classes, Sony. You need it.

If you don’t want to risk those buttons anyway, there’s full Bluetooth support, and thanks to the mini HDMI port, you can turn the Pro into a TV console at any point too. There’s even a dock available (though I didn’t buy that) if you want the full “Switch experience”. Thanks to a strong battery, you’d be looking at anything from six hours (if you exclusively play PS2/GameCube games) to a half day (if you’re playing less demanding games) between charges, and that’s significantly ahead of what a lot of the other, high-end devices like the Steam Deck and Ayaneo consoles can manage. I love my Anbernic W600 and will continue to use it for Steam mid-range games, but when it comes to Cloud Streaming, the fact that the Odin’s battery’s not going to crap out on me halfway through a semi-long cut scene gives it a big edge.

Finally, there are some really cute design and aesthetic elements that give the console that premium touch that is always nice to have. The “Apple effect”, if you will. The console comes in a nicely designed box with the kind of minimalistic aesthetics that promise quality, and the console itself has blue LED lights on the sides and under the control sticks that actually look really neat when turned on. Finally, the weight is balanced and the heat sinking technology is robust, so it’s never uncomfortable to hold, even after long play sessions. It looks, feels, and plays like a premium device made with real design expertise.

About the only issue with the device is the setup. This is always going to be a problem with emulation consoles. Still, where some others have tried hard to make it as accessible as possible (the Retroid Pocket 2+, for example, will run the basic download and set up processes for all the emulators), the Ayn Odin Pro largely leaves you to figure it all out for yourself. Most of the time it was fairly intuitive because, thankfully, the emulators available on the Google Play store are excellent. Memory management is also nice and straightforward, and the days when you needed to mess around with specialised formatting software just to load an SD card up with games are long gone. But, nonetheless, I needed to look up tutorials on how to set up controllers for GameCube and Dolphin games, and, depending on the game, you’re going to need to tweak settings in some of the others. At this point, the only real advantage that legacy hardware manufacturers have is that they can do plug-and-play in a way that companies like Ayn haven’t quite cracked.

Still, with video tutorials readily available, it’ll only take an afternoon to get yourself properly set up with the Ayn Odin, and from that point, this console is an incredible, robust, well made and deeply enjoyable device. I’ll still buy some other emulation consoles when the form factor amuses me – I’ve got my eye on a tiny little Trimui micro-console, for example, but the bulk of my retro gaming into the foreseeable future will be done on the Ayn Odin Pro. This is just a masterful piece of equipment, and for $300, it’s incredible value.