Fire Emblem Engage is a love letter to the great series

It's too early in the year for games that are this good.

Given how big the Fire Emblem series has become, it’s amazing to think that it has now been four years since the previous “proper” Fire Emblem (Three Houses) was released. That’s been the largest gap between releases in quite some time. I’m not complaining – I would rather the team take the time to fully develop an idea than rush releases out for the sake of content – but as a massive Fire Emblem fan it has been quite the wait for Fire Emblem: Engage.

The wait was worth it. This may well be my favourite game in the series (finally eclipsing The Blazing Blade from way back on the Game Boy Advance).

One thing that immediately struck me about Engage is that it is a relatively traditional Fire Emblem title. Three Houses tried a lot of different things. For example, there was the Wednesday school life (or Harry Potter, if you wish, but we don’t talk about that one anymore) that, for much of the game, took up more time than the actual battles. Then there was the unit system, allowing each hero to bring a group of soldiers into battle. That ended up being little more than an “item equip” that would boost character stats, with the different unit types providing different stat gains, but it nonetheless gave the game a different texture and dynamic. 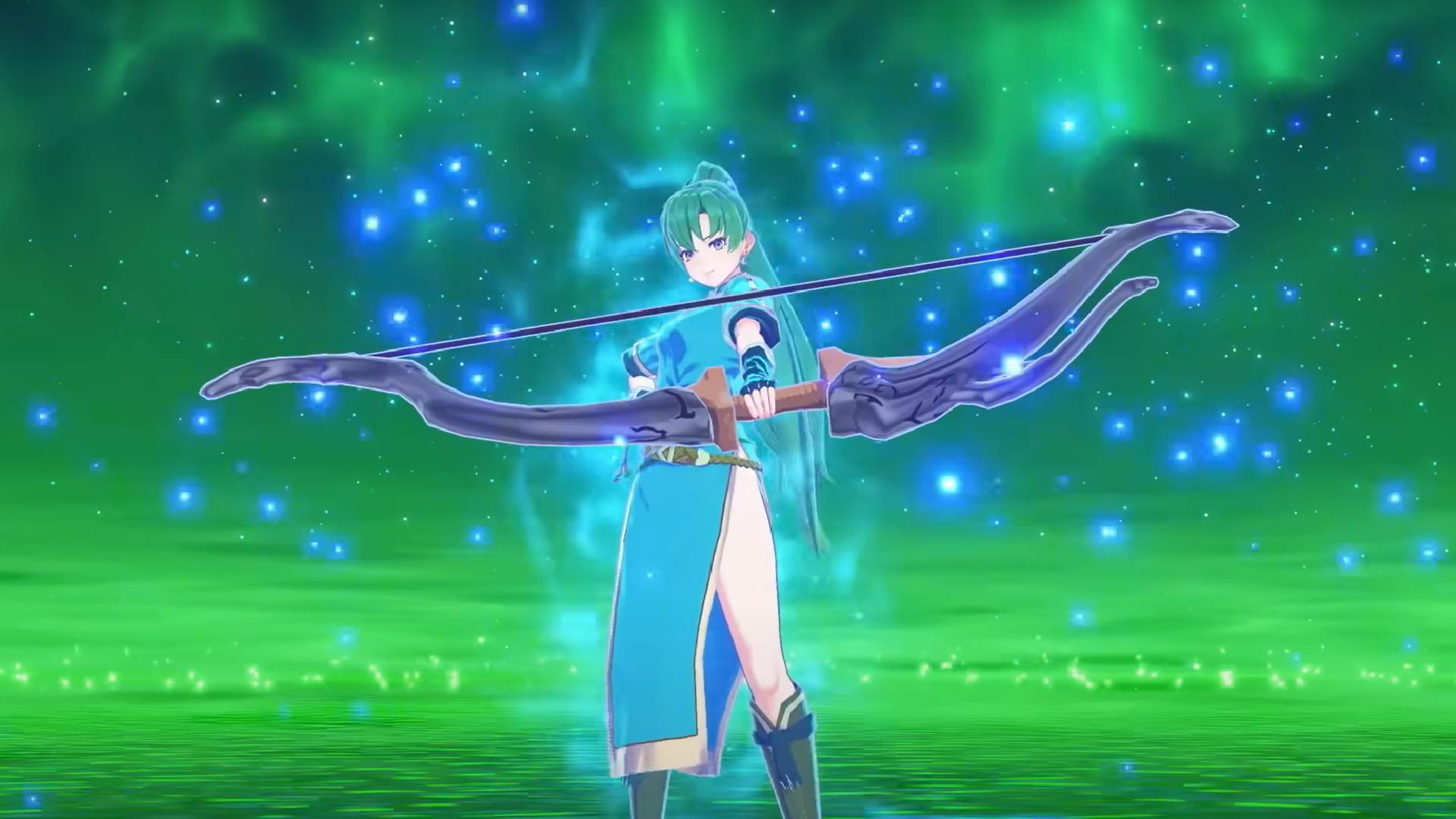 Engage, right from the opening moments, feels a lot more “traditional”. The opening scene features a mysterious villain that could have been pulled right from the GBA Fire Emblems. Dragons – a common motif for both good and evil in Fire Emblem – feature prominently from the opening seconds. Then there’s the iconic hero, Marth, that shows up immediately and helps you out on the battlefield as a spirit companion. It’s clear that Intelligent Systems wants to make it very clear that this game is to Fire Emblem what Final Fantasy IX was to that series, back in the day – a love letter for traditional fans after a period of experimentation.

The game doesn’t completely reject the steps forward it has taken in recent years. Between battles you can explore a peaceful and safe “home base”, and there you can have support conversations with characters, but that “hub” is not a focus of the game quite like the school was in Three Houses. For the most part, you’re moving from battle to battle, meeting various characters and facing ever-escalating challenges, just as you did in the heyday of the Fire Emblem series, from GBA through GameCube and Wii to 3DS.

The main gimmick that Engage features is its rings, which allow you to summon “emblems” from other times and universes, and this acts as a pleasant bit of fan service that doesn’t mess with the formula too much. The emblems are heroes from previous Fire Emblem titles (the aforementioned Marth is one, there’s also Lyn, Eirika, Ike, Lucina, Byleth, and so on – a dozen in total in the base game). When you equip a ring to a hero, they can summon the emblem, and that provides them with a power boost and a special attack, unique to the emblem hero in question. This system doesn’t mess with the look or flow of the Fire Emblem formula. It just allows your favourite heroes to shine and dominate the battlefield with some spectacular attacks. Back at the home base, this system also allows you to chat up Lyn, flirt with Eirika, and hang with Micaiah. This is a nice reward to the Fire Emblem faithful for playing and loving all these characters previously. However, technically, you don’t have to have played previous games to appreciate their presence in this one. If you don’t know who Lyn is, you can still enjoy her utility within your army just fine.

The new bunch of original, non-emblem heroes are equally important to Engage, of course, and while I’m really not a fan of the main protagonist (that red/blue hair and eye colour design comes across as garish, and the characterisation is too flat to compensate), the rest of the cast are as good as ever from the Fire Emblem series. At least, from the first bunch of chapters I’ve played. We’ll have to see how it plays out over the rest of the adventure. However, I found there’s a healthy balance of humour, heroism, fanservicey design and all the character types are there. It’s a traditional mix of characters, and really reinforces how much of a “back to roots” experience Engage feels like at times, but a decade from now, a bunch of these characters will also appear in future Fire Emblem fan service titles, of that I’m certain.

There’s a good level of challenge in Engage, which is something I think is important with Fire Emblem. To give your decisions and tactics the necessary gravitas, the game needs to be willing to punish mistakes. Meanwhile, it’s also important to the narrative experience. Fire Emblem levels, characters, and narratives are only memorable if you really need to think your way through them. Engage delivers here. Playing on “hard” difficulty with permadeath turned on, I found I needed to take advantage of the ability to “rewind” turns from around the third level onwards, when I would make the occasional stupid mistake, or chance my luck when I shouldn’t have. 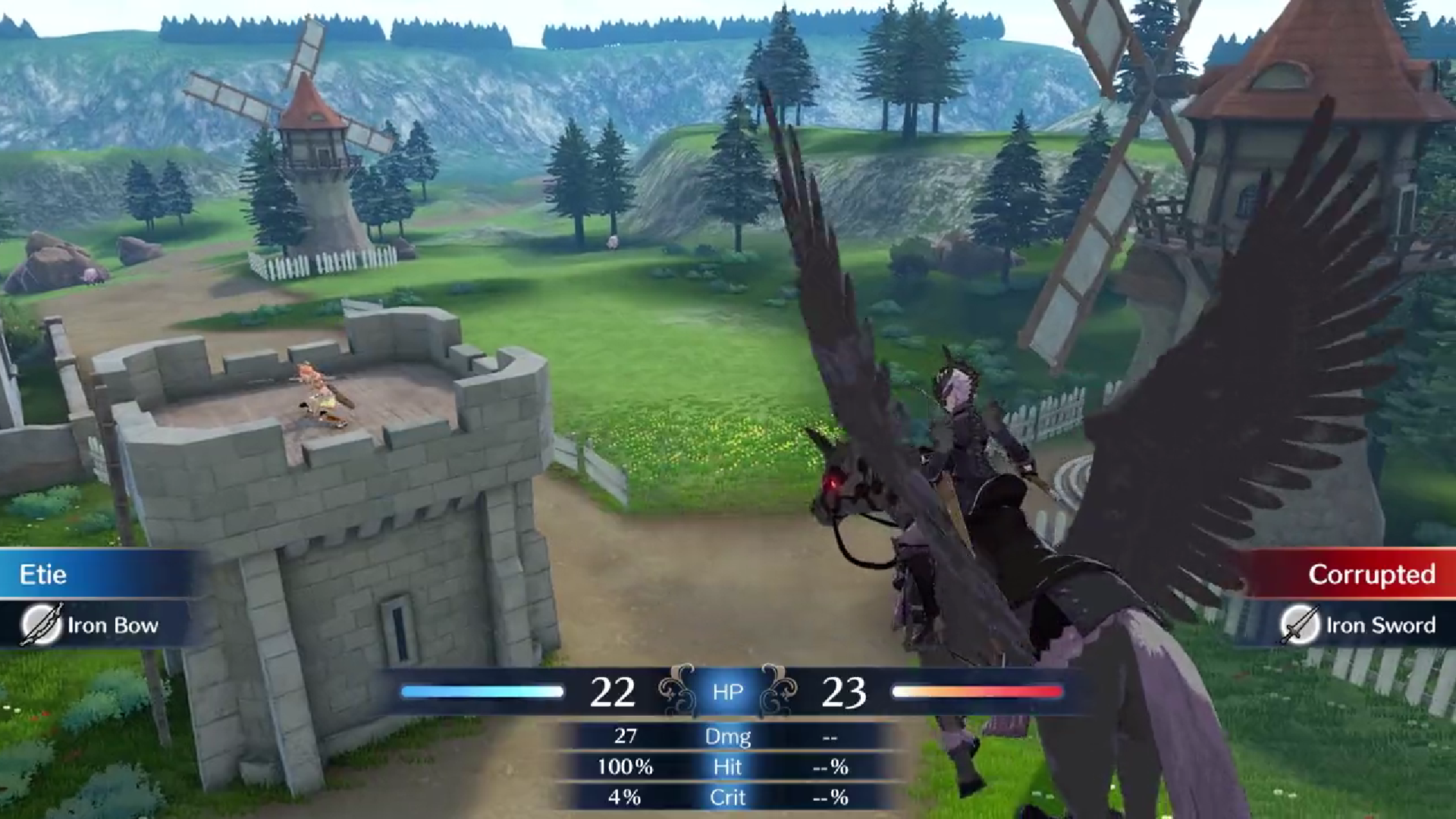 I know some aren’t a fan of this rewind mechanic, which was a feature of Three Houses before Engage (and may have been in one or two of the 3DS ones previously… I honestly don’t remember). But it is entirely optional, and given that it saves players the need to restart the entire level every time they lose a character, it acts as a worthwhile “safety net” that allowed Intelligent Systems to make this game tough, without risking frustrating players to the point they just give up. You can always refuse to take advantage of it if you want a truly hardcore Fire Emblem experience, but I’m time limited and so personally appreciated the ability to sidestep restarting levels frequently.

One final special call-out here – the art is, for the most part, gorgeous. Aside from the main protagonist, I love the design of the characters, but it’s the levels that have really blown me away, with their variety and level of detail. Battles have a great sense of space, whether you’re fighting in a field of flowers on one corner of the map, or snipping at enemies from a fort rampart over on the other corner. What I really loved, though, was the post-battle, where you are free to explore the landscape you just fought over. It’s a chance to chat with your favourite characters, and even some townsfolk or NPCs, if the battle happens in a populated area. There’s also the occasional bit of treasure to loot.

But the real value of these scenes is that they allow you to fully take in the scenery, and the context that adds to every battle map adds a lot to the sense of setting and place. The world of Engage might just be the most interesting and engaging setting we’ve had in a Fire Emblem title yet, and this is because you get such an intimate and detailed look at every square inch that you visit. I was always going to be inclined to enjoy Fire Emblem Engage. Intelligent Systems would have to really mess up to disappoint me with this, my favourite series of all. But even with that context I have genuinely loved the first few chapters of the game, and cannot wait to push on and see the rest. The only downside is that they now have a full 3D model of Lyn, I’m going to be very disappointed if the next project is not that remake of Blazing Blade that the GBA classic so desperately deserves.

Fire Emblem Engage: A true love letter for fans of the series