Should I or shouldn't I?

I’ve been looking forward to my chance to play The Outbound Ghost, an RPG by an indie developer about helping ghosts pass on – and maybe even solving a mystery! The Paper Mario inspiration is strong and obvious (and reminds me that I must play the latest in the series, Paper Mario: The Origami King), for both aesthetics and gameplay elements. The story is entirely its own, though. At first glance, it’s cute, charming, and incredibly accessible difficulty-wise. But does it hold up to scrutiny?

Before I get to my review of the game itself, there is some unfortunate context that we need to run through first, as this game has turned into a toxic example of what happens when developers and publisher relations break down. It seems to have begun when Digerati stuck to the game’s release date and pushed out something that the developer clearly didn’t approve of. On December 1, lead developer of The Outbound Ghost, Conrad Grindheim, published a statement on social media stating, “The Outbound Ghost released on PlayStation 4/5 yesterday, and on Nintendo Switch today. I have already received worrying messages concerning its performance. I never wanted this version of the game to come out but due to circumstances out of my control, this is the one that was released.” On December 5, the PC version was put on sale on Steam; Grindheim says this was not authorized by him.

On December 8, Grindheim released a rather wordy video regarding the ongoing situation. In it, he says, “my relationship with the game’s publisher has been dissolved but they refuse to hand back control of the relevant pages and are profiting from the situation. We are studying the appropriate legal actions to resolve this situation and protect the game. The console issues outlined recently in my socials are just the beginning.” He promises to self-publish as soon as he can, sending out an upgraded version of the game to Kickstarter backers along with additional rewards to “make up for the situation.” 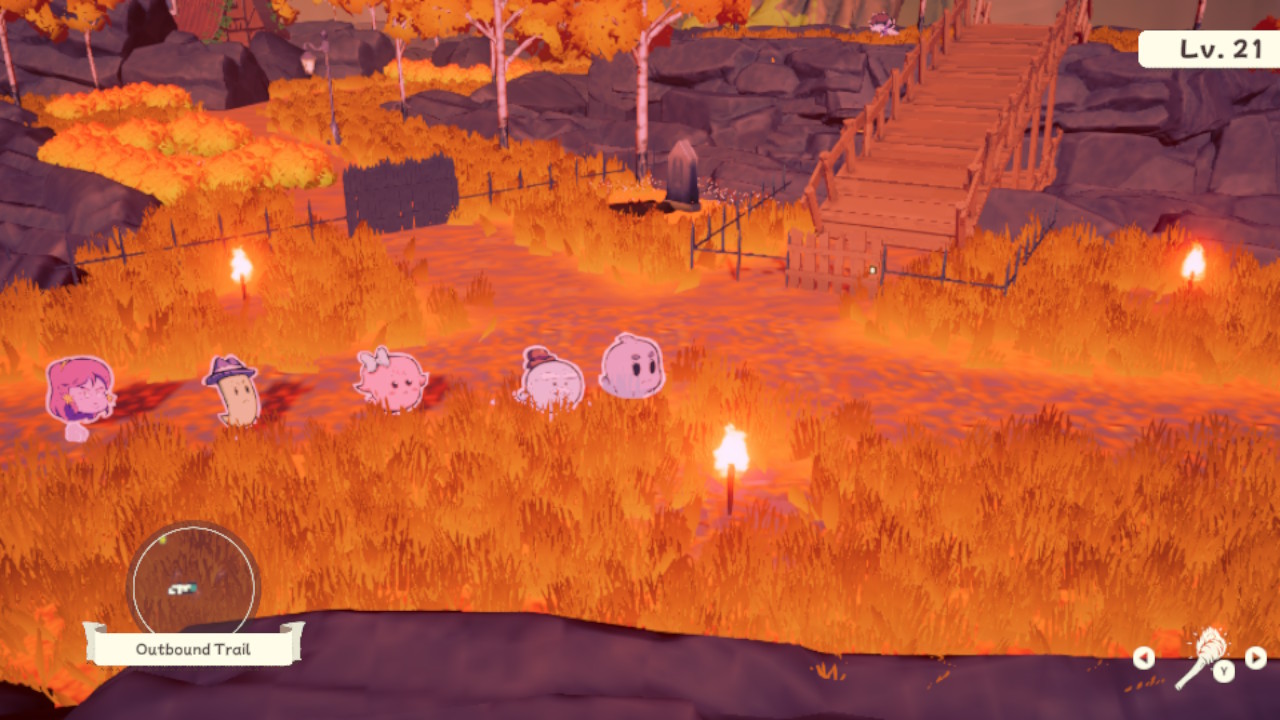 The publisher, Digerati, is going through some stuff to put it lightly. Its founder, Nick Alfieri, died earlier this year. Digerati’s response to Grindheim’s claims comes from his widow and the now-owner of Digerati in the form of a video. In it, she said “Until literally hours before the console launch, we had enjoyed a cooperative and mutually pleasant working relationship with Conrad and we saw no indication of any dissatisfaction on his part.” She explains that her company gave Grindheim “substantial funds” to develop the game, paid prior to launch. In exchange, full distribution rights went to Digerati. She touches upon Grindheim’s immature behaviour of tampering with the Steam page by changing the game’s name to This Game Is No Longer Authrorized by the Developer and removing all screenshots, trailers, descriptions, and requirements. She believes this behaviour “isn’t fair to anyone” but that, despite all this, “we still hope to come to a resolution and work together to continue supporting The Outbound Ghost with its lead developer by our side.”

Everything has been pretty quiet on the dispute side of things since that point. So that’s where I am: torn over whether or not reviewing this game is even morally okay given the circumstances. I’m not taking sides, since it’s impossible to get to the bottom of what’s really going on, and I don’t want to seem like I am by writing this. I want to urge readers that want to purchase the game to look deeper into the developer-publisher conflict and make their own decision. Now onto the actual game, which is why we’re all here isn’t it?

The town of Outbound was practically wiped off the map when the local swamp poisoned its residents. Many of its past residents remain as ghosts, unable to pass on (or, as they describe it in the television show Ghosts, unable to get “sucked off”) due to unfinished business. The protagonist is a ghost with amnesia. It doesn’t know who it is, where it came from, or how it got there.

The story is nice and linear. No side quests, just A to B to C. I’m not saying there’s not a time and a place for side quests, just that their inclusion in everything is unnecessary and The Outbound Ghost benefits from the lack of them. The battle format is common to turn-based RPGs: characters take turns based on their speed. Each turn, multiple options pop up. There is also a need to time attacks when a slider appears and you have to press A at just the right time for maximum impact. If the enemy’s stun gauge fills up, it will be unable to move for two turns and attacks towards it double in strength.

Battles include options such as attack, skill, and defend. Skills are things like poisoning or healing, and some can be swapped out. Others are locked to characters. Skills can be “built,” using anvils at campsites assuming you have everything required. You can surprise enemies to get a turn advantage in battle. The enemies are apparitions. You start alone. Others come and go along the way, each with their own issues. But they’re not your party, anyway: that’s your emotions (or “figments,” they are referred to as both). The protagonist doesn’t fight as itself, rather it directs its emotions in battle. It’s all good, clean, and fairly standard stuff for the type of RPG that it borrows so heavily from (i.e. Paper Mario)

Related reading: my preview for another turn-based RPG also inspired by the classics, Path of the Midnight Sun.

Sometimes there are environmental “puzzles” to complete, like finding all the torches to light that will lead to a gate lowering. There is also a lock-picking minigame, which is basically a slide puzzle. Move the little lock… stick… things… until you can reach the tool to the lock. Sorry, I don’t know the technical lock terms. Neither of these things adds a whole lot to the gameplay – in fact, they’re mostly just a hassle. 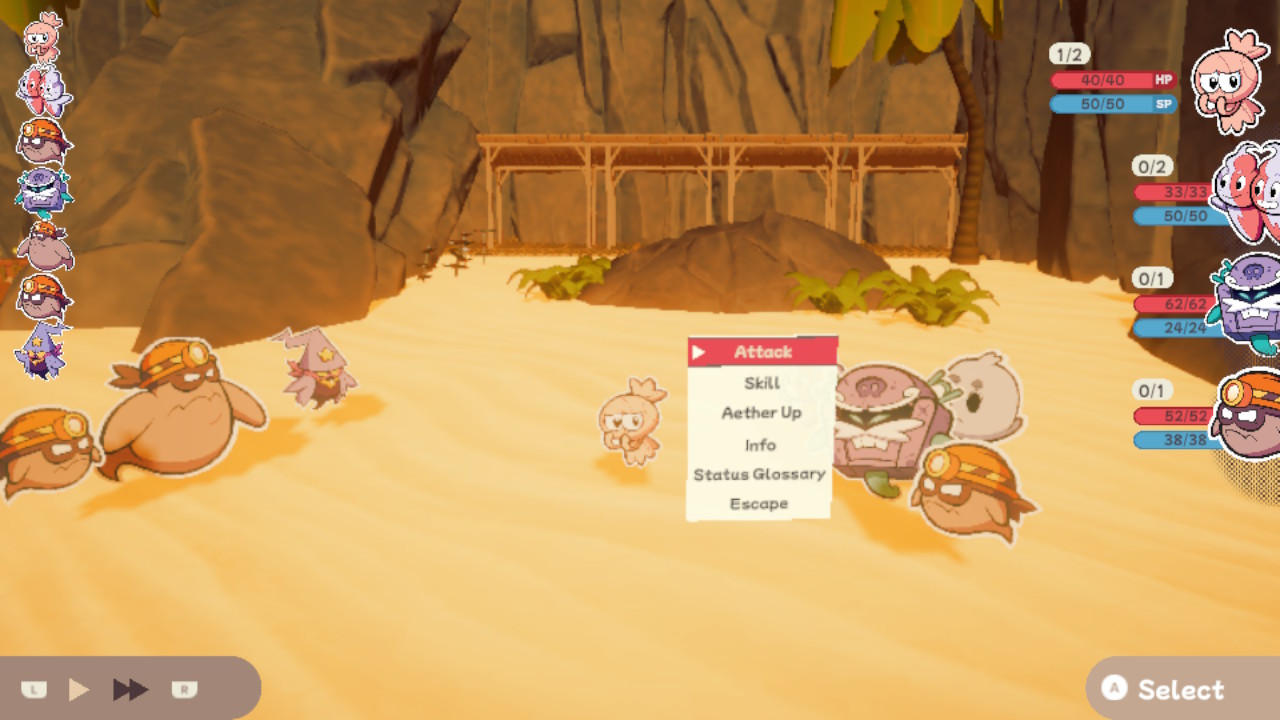 So The Outbound Ghost is a prime example of a turn-based RPG. It has basically all the elements you would expect. Something these games often lack is the ability to save. It’s always at save points, never just in-menu. The Outbound Ghost is the same. The good news: there are a good amount of save locations. Not too few and not too many. Like the baby bear’s porridge, it’s juuuust right. I always knew a save point was just around the corner, so I was able to time playing with having to stop for real-life things (boo) easily, without losing any progress.

It’s worth mentioning that the game has loads of difficulty settings, so it can be as easy or as hard as the player wants. Options include damage taken/done, experience multiplier, and general difficulty. The settings it lacks, however, are related more to visual accessibility (stuff like colour blindness since the sliding scale in battle is red/orange/green). This doesn’t affect me personally, but if I was red-green colour blind I’d basically be screwed.

But here’s what gets me: there are an awful lot of completely blank, too-long loading screens that keep making me think that my console is busted. I’m only exaggerating slightly when I say that the wait time between the world and battle scenes is painful. Uncomfortable. Unreasonable. In addition, the graphics appear blurry the further away they appear. This includes text, which gets hard to read in handheld mode. Video is very jagged and laggy. And the map doesn’t point to your location, so what is its point? It’s also very hard to read/see. 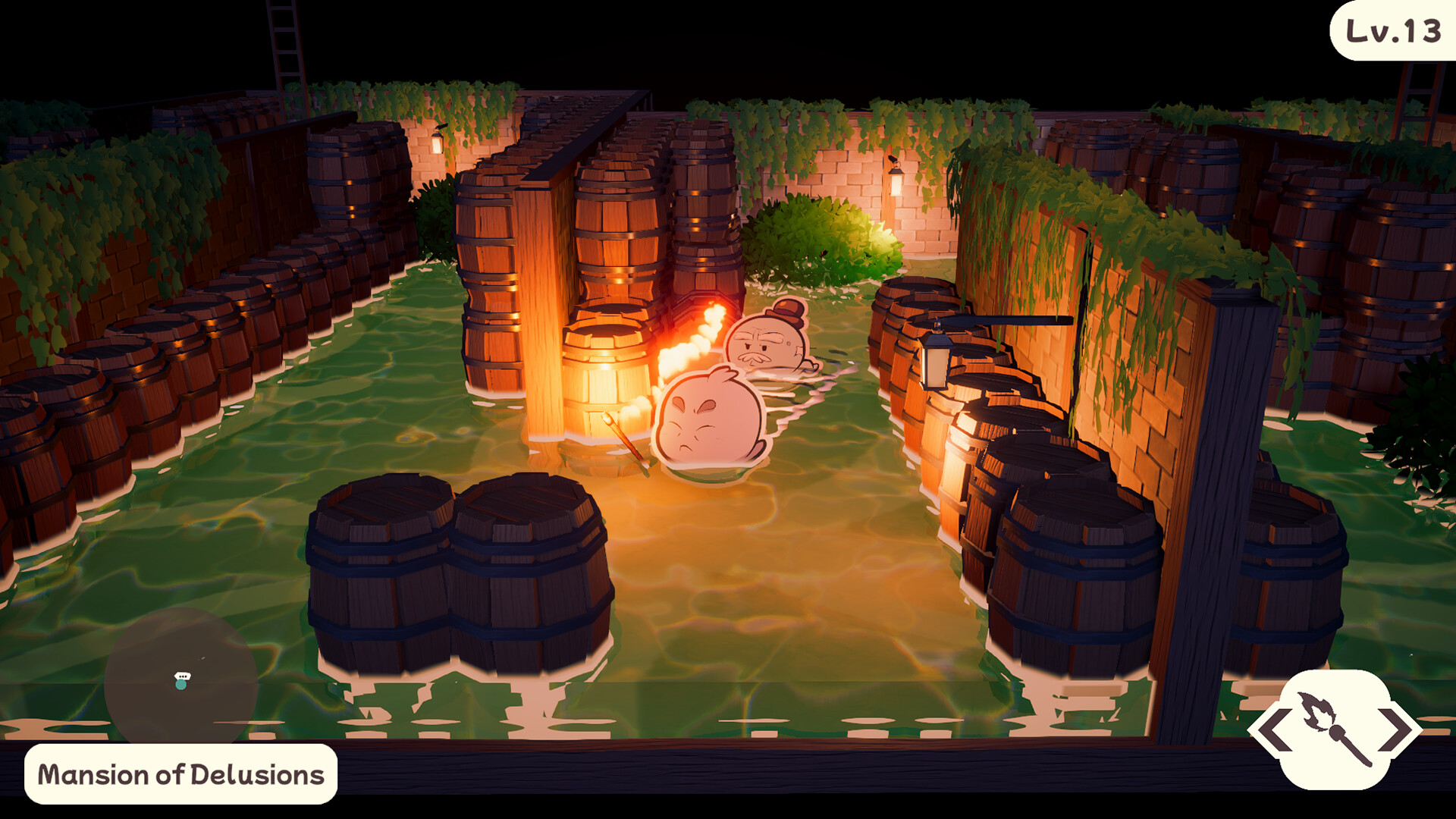 I’m honestly torn over a lot about this game, even past the developer/publisher conflict. Despite all the game’s shortcomings, I quickly became obsessed with finding out why I’m a ghost and helping out my new ghost friends… but playing wasn’t always the easiest. The loading times alone are simply not worth putting up with, and I’d stop playing for a bit out of frustration. So I’d say The Outbound Ghost is worth playing because the story is actually quite good (and the graphics are charming when they’re not blurry), but maybe not until the developer can deliver the improved version that he’s promising.

Tin Hearts is a game about Victorian-era toys, and it’s out in April