Reckon you can do better than the Mongols?

Knights of Honor II: Sovereign fills a really useful niche that has been largely overlooked over the years. On the one hand, you’ve got the highly accessible 4X strategy titles, like Civilization or Romance of the Three Kingdoms. These titles streamline a lot of the strategy in order to be accessible to the widest possible audience. And then you’ve got the true grand strategy titles, like Crusader Kings or Europa Universalis, that are exclusively concerned with the depth of their systems, accessibility be damned.

There has never really been a pathway from one to the other. I know a lot of people that love Civilization and RoTK, or Total War or Nobunaga’s Ambition. These people often find Crusader Kings interesting but impossibly overwhelming. There’s no real pathway from A to B. Or at least, there wasn’t. Now, with Knights of Honor II, there is.

Knights of Honor II has all the basic features of something like Crusader Kings. You need to manage a dynasty by making sure that each generation’s king has offspring and alliances in place to handle the end-of-life transition. You need to carefully cultivate alliances and enemies, slowly build up your empire by investing in buildings and recruit a council of advisors to take on various roles across the empire. 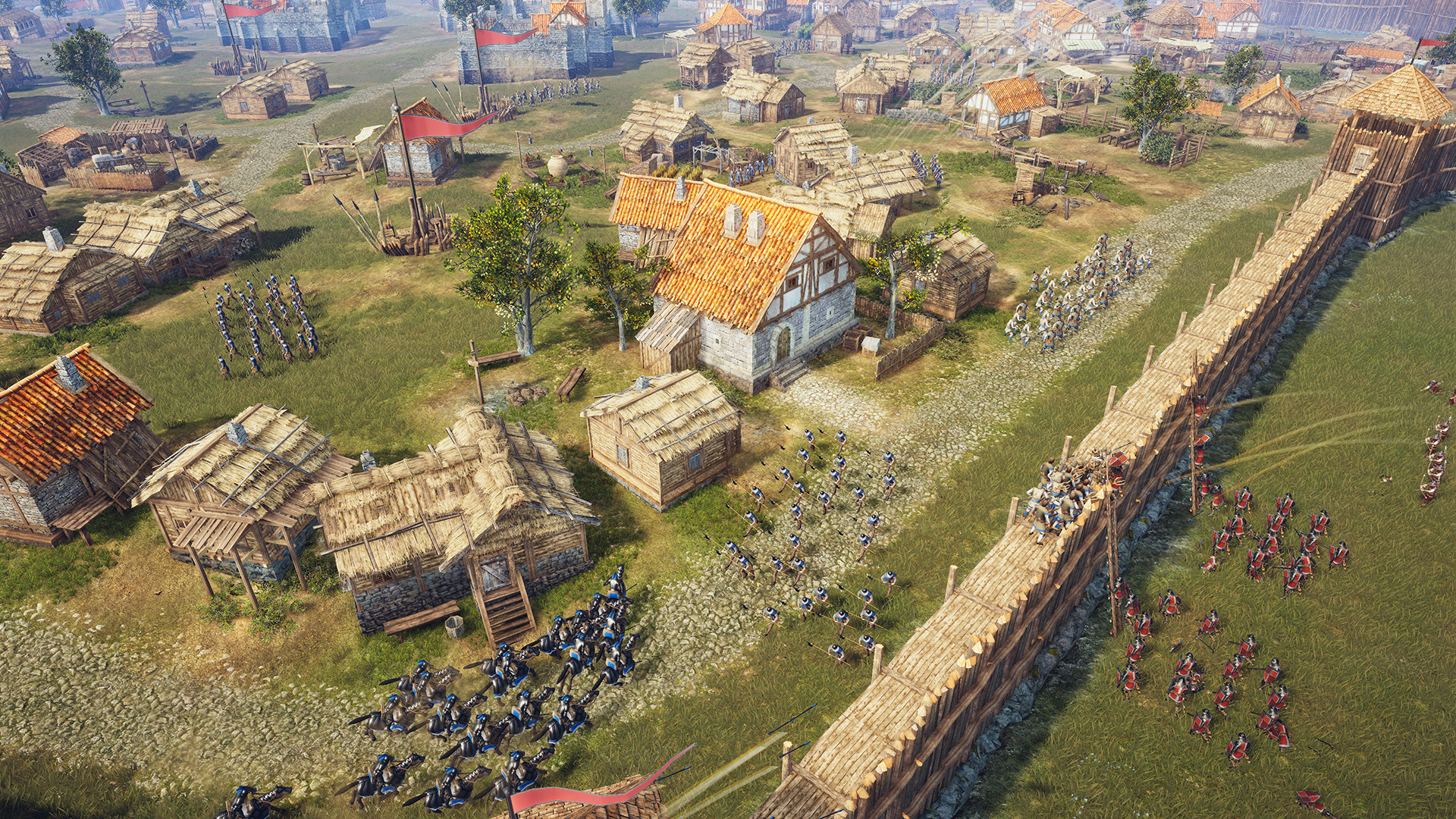 You need to manage a suite of competing interests across your empire – mercantile, religious, peasantry, diplomacy, and military. Each has their own priorities and will adjust their opinion of you based on your actions. If the opinion drops too far, you’re looking at rebellions, corruption, and even assassinations. And then, almost on the side, you’ll also be waging war, brokering peace deals, and trying to prevent nations in hostile “defence pacts” from all simultaneously rising and invading you. Juggle all these balls well and, while you won’t conquer the world, you will end up as the dominant superpower of the era. In Knights of Honor you can play in one of three different eras, starting in 1110, 1224, or 1360, and take on the challenge of any nation across Europe and the edges of Asia, the Middle East, and Africa. Campaigns always start with historically accurate maps and borders, but as you can probably expect, once the AI kicks in, that doesn’t last long.

While there are a lot of balls to juggle in Knights of Honor II, what is fascinating about this game is that it’s not particularly difficult to learn. Around 90 per cent of what you’ll need to do is a single menu away, and the tutorials will run you through things in about ¼ of the time it takes with something like Crusader Kings. Information is presented clearly, and the UI is both efficient and intuitive. KoH II doesn’t quite have the depth of a Paradox Interactive special. However, I do often feel like Paradox makes its games unnecessarily obtuse, and could learn a thing or two about how to present information from this game.

What I think I appreciated most about KoH, however, is how difficult it made wars of aggression. Not only are sieges difficult to successfully follow through with when army supplies are always limited, but even once you capture the city, you’re looking at a long period of instability and frequent rebellions, even if you station troops around and invest heavily in stabilising the province. What’s more, other than your nation’s military, just about every other interest group and neighbouring ally/neutral neighbour and enemy will have a dim view of your actions. If you’re planning an invasion in KoH, you need to be prepared for some major national destabilisation. That can be devastating, so you need to be very careful in both planning and execution so that you can complete campaigns against other nations quickly. 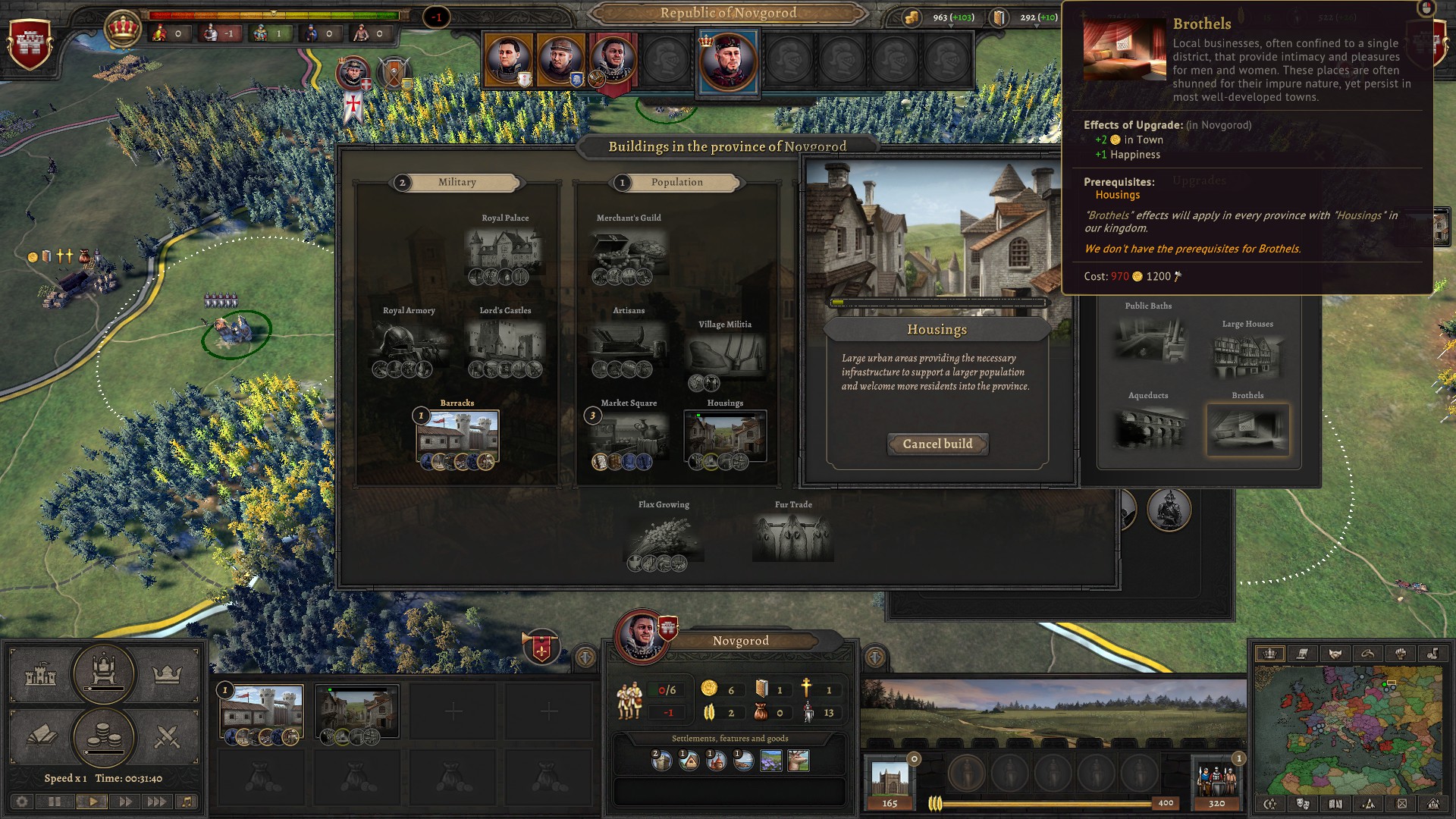 Another thing going for the game is the aesthetic presentation. Paradox’s approach tends to dump a lot of information at you and gives you the impression that you’re looking at military maps. Knights of Honor, meanwhile, has a pleasant, natural approach. You can see travellers wandering on the world’s roads, moving back and forward and giving your empire life, while military units are presented as both a number and characters on the map, making it easier to see at a glance exactly what you’re facing off against. It’s a very pleasant visual experience, and that makes it much easier to pick up and play than some of its peers.

The only area Knights of Honor falls flat is when you play commander on the battlefield. When your army runs into an enemy you can choose to let the AI handle the battle, in which case you’ll just see the results, or you can take direct command and lead your forces via an RTS “minigame”. You can get a slightly better result if you control the action yourself – much like how Total War or many Romance of the Three Kingdoms titles work. However, it’s nowhere near as interesting as in one of those aforementioned titles, and I basically left the AI to handle all my battles, as that allowed me to continue to focus on the overall realm.

Ultimately, you’ll “graduate” from Knights of Honor. The Paradox games just offer so much more once you’re ready to turn strategy gaming into a hardcore hobby in and of itself. However, in bridging that gap from Civilization to Crusade Kings, this game is the perfect middle ground, and as a more “casual” grand strategy, it’s also ideal for more experienced strategy fans that simply want to relax between their grand campaigns. 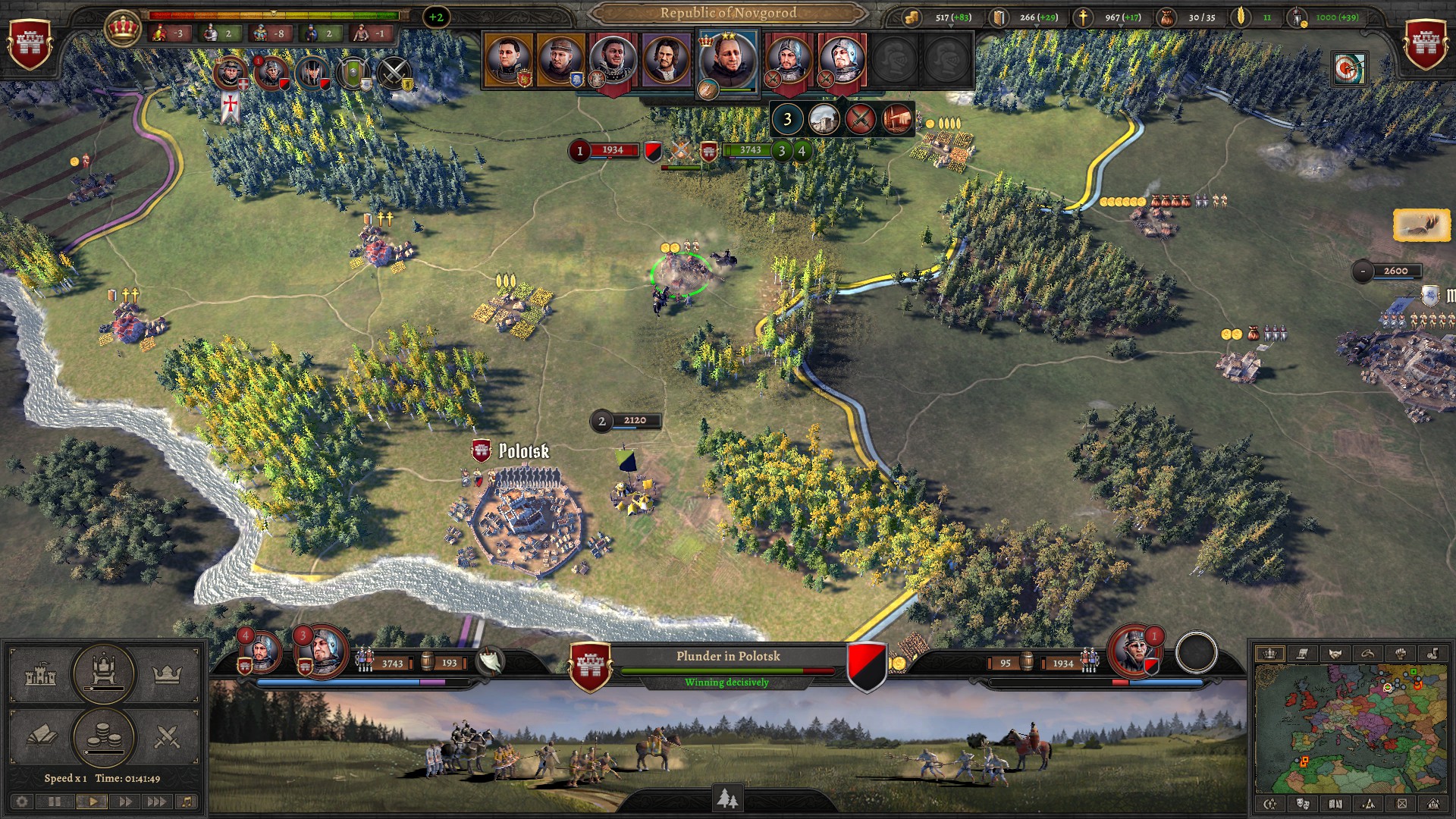 As accessible as I’ve ever seen serious strategy gaming, Knights of Honor is still strategically interesting, gorgeous to look at, and still offers plenty of challenge. It hasn’t been compromised in any significant way for the sake of accessibility, and really, this is just a very good example of a publisher finding a genuine and worthy niche to occupy within a very mature and saturated genre.

Process of Elimination is coming west in April 2023