The gold standard for retro collections.

Gaming history is important – if you don’t think so, you’re reading the wrong site, I fear – but all too often, collections of important gaming archives boil down largely just to dull lists of simply emulated games, robbing them of their all-important context. It’s the cultural equivalent of displaying the Mona Lisa under a sign saying “here’s a painting some guy did ages ago, nice smile” and leaving it at that. If there’s one thing that Atari 50: The Anniversary Celebration does well, it’s provide that context.

Related reading: Another recently-released retro compilation you might want to consider is the Teenage Mutant Ninja Turtles collection. Our review.

It’s an interactive museum at heart, guiding players through 50 years of Atari history with clips, advertisements – both scans of magazine and newspaper clippings and some hilariously dated TV commercials – and interviews with key Atari employees – alongside more than 90 titles dating from Atari’s Pong through to the very last Atari-published Jaguar game, plus six “reimagined” Atari titles.

There’s even a wonderfully simple Atari handheld Simon-style game with the most 70s-era title for a children’s product that you’d never get away with these days. Seriously, this is a kid’s pattern matching game called – and I promise you I’m not making this up – Touch Me. The off-colour jokes write themselves at that point. You can, if you must, simply view a list of games and pick from them, but the richer experience here is to work through the timeline, taking in the historical context offered for each title, though this does vary in depth. For some games there are clippings, clips and interviews, while others have merely cover art scans or original artwork to display. 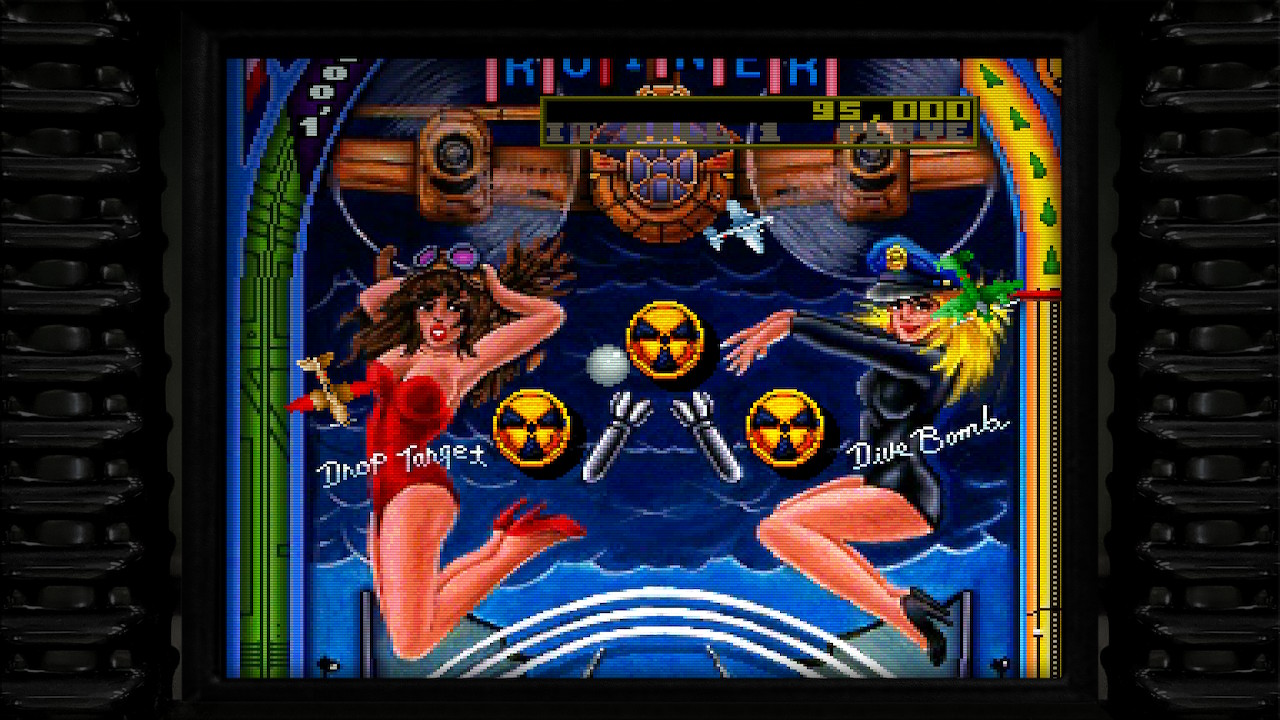 Like any museum exhibit, there are some areas where careful choices have been made to create a narrative, and it’s one that doesn’t always present an entirely accurate picture. It’s a 50-year celebration, but one that cuts off largely in the mid-1990s with the death of the Jaguar, with much less focus on the last 25 years of Atari’s corporate ownership, or some of the weird things that has been done with the Atari name or intellectual property in that timeframe. Then again, I’m not sure how they’d provide a playable Atari cryptocurrency miner or dodgy Atari casino experience. Truly, the current Atari has done some bizarre things with the great brand name.

But this is a celebration of Atari as it was, not Atari as it is, and that’s one that largely focuses on games. The Anniversary Celebration provides a mixed set of offerings, covering the Atari 2600, Atari 5200, Atari 7800, Atari Lynx and Atari Jaguar.

Before you get all excited about reliving your youthful years swinging through the jungles as Pitfall Harry or bemoaning the woeful quality of E.T, the first big caveat here is that it only contains Atari-developed titles, and nothing with an external licence. This means that some big hitters, from the weirdly rectangular Atari 2600 Pac-Man through to the Lynx’s Batman Returns and Jaguar’s Aliens vs Predator are not part of the collection. It’s a pity in one sense, but it’s not hard to see why you can’t get a full set of games across all Atari platforms to play with. We’d be here another 50 years while the lawyers argued about all of it. 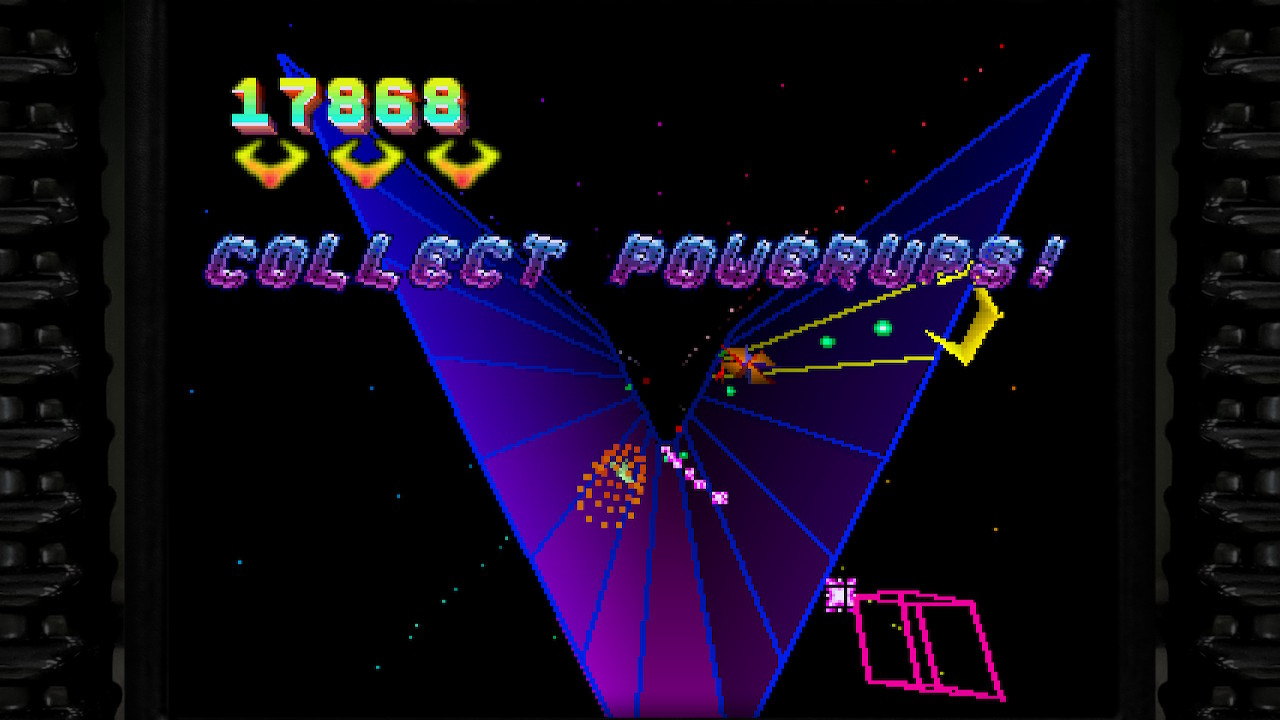 What’s considerably weirder is that you still only get a subset of what Atari does legitimately own. Over the past 25 years, Atari (which is more or less Infogrames if you remember them, but I digress) has released so many Atari branded compilations for just about every system going, packing in every 2600 title it could to discs, downloads and even those terrible ATGames Flashback systems en masse.

And yet, for the 50th anniversary celebration, you don’t get that. You do get 40 different 2600 games – including a few unlockables – but it dodges a number of titles that could have been included. Sure, I’m not going to play the Atari Hangman for all that long in any case, but I would have played a lot of Battlezone, and at least a few minutes of Video Pinball. These titles are all part of Atari’s history, and it’s not as though their 4Kb or less size was going to bloat out a 2022 game by any stretch of the imagination.

OK, you could argue that the fact that there have been so many 2600 compilations means that this isn’t needed so much, but what about the Lynx or the Jaguar? Lynx emulation – legal Lynx emulation at least – isn’t common, but across two Evercade cartridges to date, we’ve seen some 25 Lynx games released. Atari 50: The Anniversary Celebration only has five: Basketbrawl, Malibu Bikini Volleyball (well, that’s got me covered – ed), Scrapyard Dog, Super Asteroids/Missile Command and Turbo Sub. Where’s Blue Lightning, Electrocop, Todd’s Adventures In Slime World or Checkered Flag? 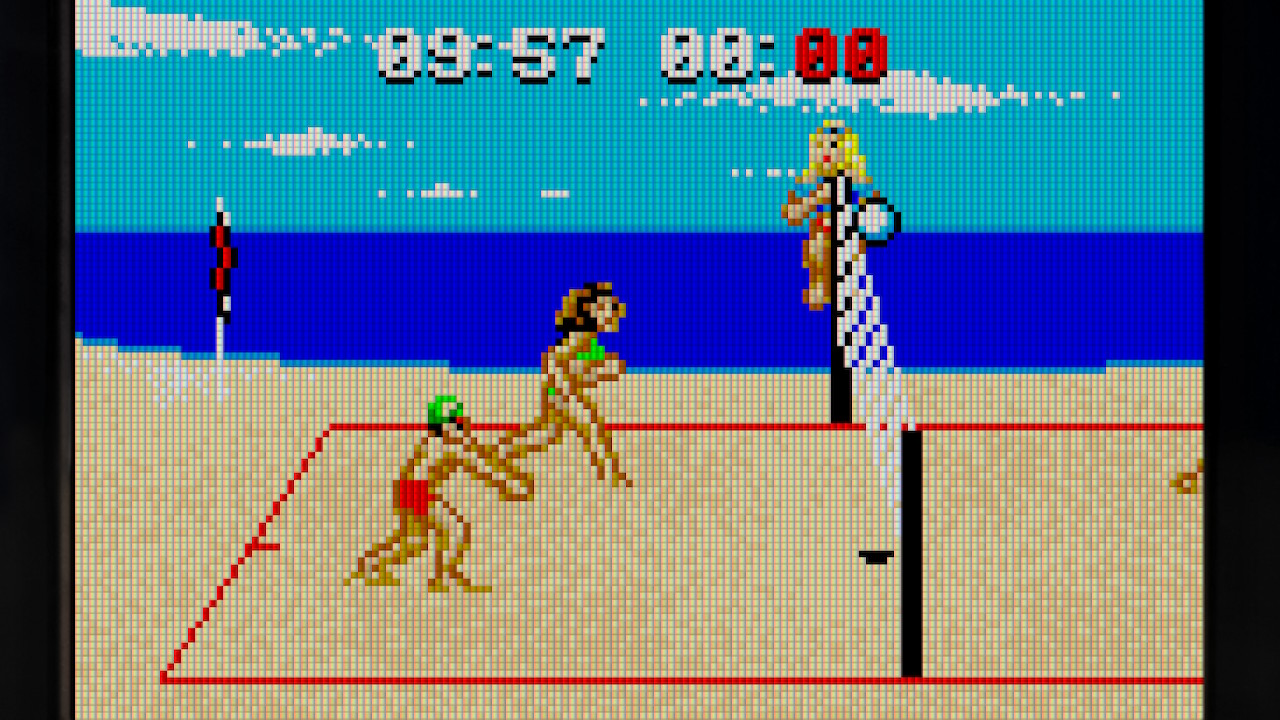 One big benefit if you’re a long-term Lynx lover – and, unashamedly, I am – is that playing these games handheld on a Nintendo Switch is astonishingly close to the real Lynx experience, with the added benefit of less screen blur and save states. Meanwhile, I can’t recall any legal Jaguar emulation prior to this, and here you do get nine games and a very rapid appreciation of why the Jaguar failed so hard and fast.

Related reading: Another retro compilation made with as much love is the absolutely excellent Street Fighter collection. Our review.

Sorry, Jaguar fans, but while Tempest 2000 is a masterpiece – and it’s here, in all its Yak-inspired glory – Trevor McFur In The Crescent Galaxy, Ruiner Pinball and Club Drive are not. The Jaguar title, Fight For Life, which is also on the collection, is notable on two levels, though. Firstly, it’s the last Atari developed and published game for the Jaguar, so it has historical significance, because it means the collection covers from 1972’s Pong to 1996’s Fight For Life. Secondly, it’s just about the worst damned fighting game I have ever played, and I’ve played Simpsons Wrestling, so I do know a thing or two about suffering.

It’s always going to be in the nature of game compilations, and especially retro ones, that your appreciation for a given title may relate to your own memories of it, with nostalgia being a strong pull here for specific titles. That is certainly the case with this overall collection, and hey, maybe Fight For Life was all you had to play as a kid, and you loved it? Well, in that case you should instigate legal proceedings against your parents for cruelty in buying it for you, because damn… 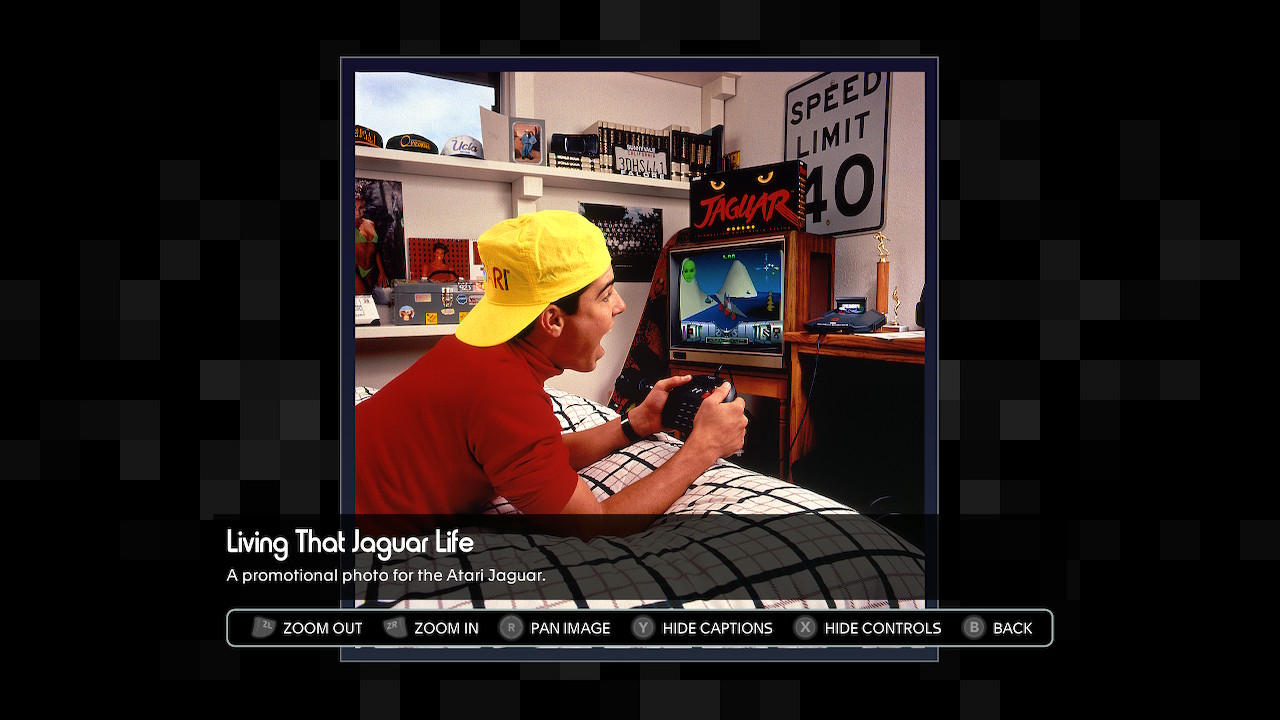 But leaving that aside, there are still plenty of titles here that I’d argue stand up well even without rose-tinted glasses. Classic Atari shooters like Centipede, Missile Command and Tempest are always a good time. Being able to appreciate them across multiple platforms gives you a challenge and an appreciation for what was done with limited resources at the time.

Developers Digital Eclipse have done a nice job of emulation across the years, and they’ve also thrown in a small selection of reimagined titles that give them a new twist, new visuals, or in the case of SwordQuest AirWorld, a completion point for a never finished series. Careful play of these games will unlock a few extra Atari 2600 games to play as well, which is a nice touch.

Not every Atari game stands up today as a playable masterpiece, and that’s just fine. Atari 50: The Anniversary Celebration provides just about the best contextually driven system for playing and appreciating classic retro games that I’ve ever hit, and it’s an absolute must-have for any gamer of any age. I mean, Tempest 2000 is worth the price of admission alone, but along the way, you’ll learn a lot about gaming history, gaming development and even the weird and wonderful deals and dodgy antics that Atari got up to in its golden age.