This is a game that never ends, yes it goes on and on my friends...

There is a moment, about 20-30 hours into Mount & Blade II: Bannerlord, where you’re about to get into your first truly big battle as a commander (yes, it’s a slow build-up to that point). You’ll still remember what it was like at the start, as you led a rag-tag band of ten or so barely-clothed peasants into battles with small gangs of looters. But now you have an army to play with, and you’re squared off against someone important. The stakes are high! You’ll carefully prepare a flanking unit of cavalry, form your archers up on the highest ground possible, and surround yourself with your most elite soldiers to act as your shock unit.

Related reading: If you want to play the original Mount & Blade, it’s available too as a PS4 game. Our review of that.

Then you’ll hit the “start battle” button, and watch as your tactics play out against this well co-ordinated, well-structured enemy force. It’s at that moment that you’ll realise that you’re playing something truly incredible. There are few games that make the idea of being a general of a mercenary force more compelling than this one.

Superficially, Mount & Blade resembles an Elder Scrolls game. You move your army around using a top-down map, and that is different, but when you explore cities and towns, and fight in combat – all the most exciting bits – it’s all done with a behind-the-back or first-person “Elder Scrolls” perspective. Also, as with Elder Scrolls, the game doesn’t do much handholding. After a very brief little introductory tutorial mission, you’re left to make your own way through the world, and the main big questline has a deadline of somewhere over 1,000 in-game days. The difference is that Elder Scrolls wishes it was Mount & Blade. Mount & Blade is an order of magnitude bigger and more flexible in the path you carve through it. 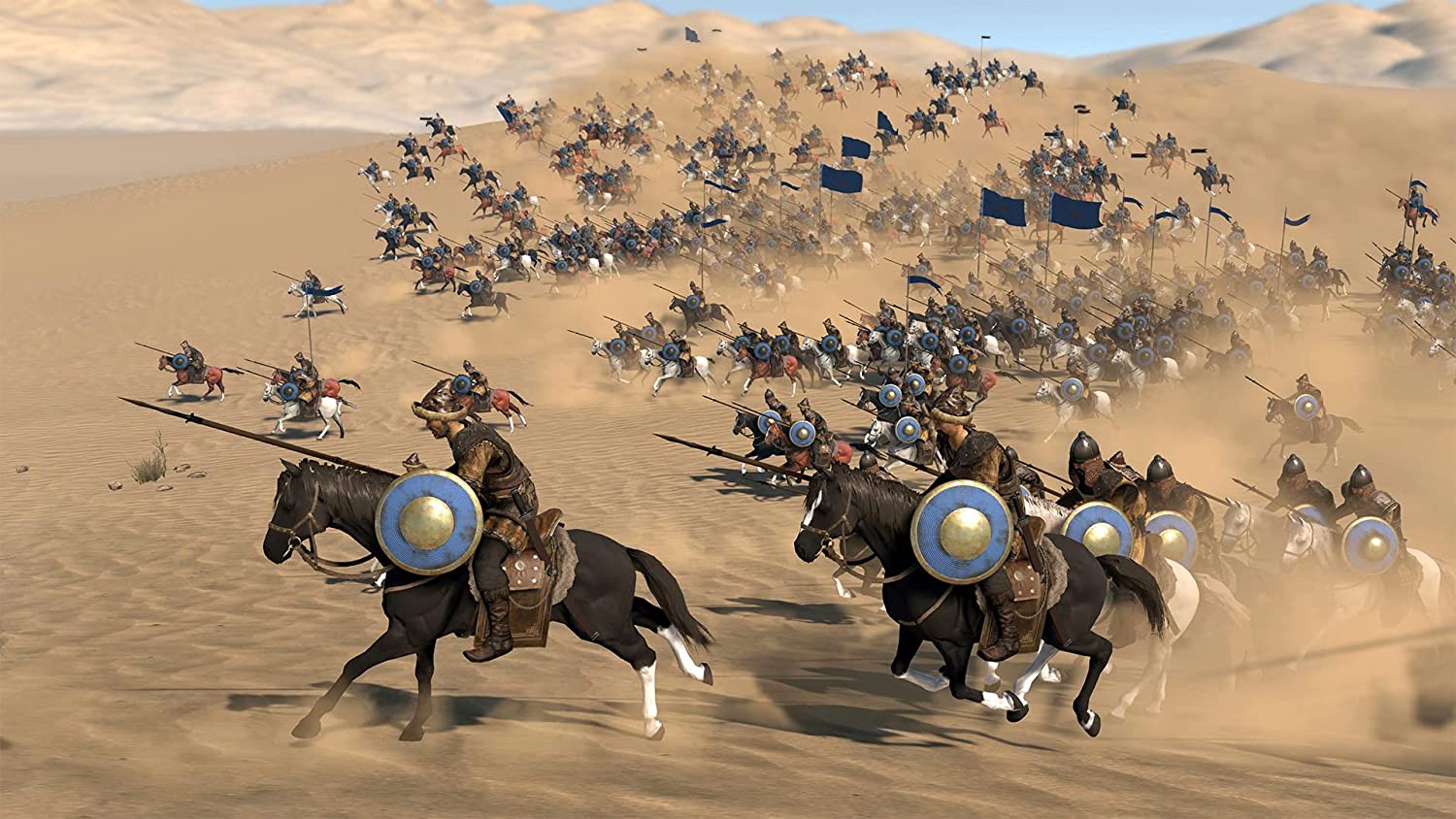 That’s plenty of time to complete that main quest, but because it involves a lot of information gathering, building relationships with nobles and other figureheads, and completing sidequests, it also won’t be your focus for the longest time. At the start, you’re going to be simply looking for a way to survive and start to find your place in the expansive world around you. At the start you’re going to take your motley small band from town to town, looking to do dirty little jobs and earn some rusted loot to sell for pennies. You’ll buy cows in one town, desperately hoping that a nearby village needs them enough that they’ll pay you a premium for them. You use that money to recruit more troops, improve the quality of the force that you do have, and start taking on more ambitious tasks. As you develop as a solider and commander, you’ll also find yourself participating in far grander trade deals, grappling with the risk/reward question of whether you want to deal with the underworld, and so on. You can play a relatively modest and low-key career if your interest is more in living out a peaceful life, or you can aim big, pushing for a lordship, a political marriage, and then a benign dictatorship or despotic rule. There are so many ways to experience this game that no two play-throughs will be the same, and at no point is the game interested in even giving you a hint at what you might want to do next.

Mount & Blade’s disinterest in hand-holding applies to the difficulty, too. The game is more than willing to fail you. Get a little overconfident and attack a roaming warlord’s band before you’re ready to and you’ll be punished. Even if you survive it your forces will be decimated and that’s a return to square one that’s difficult to recover from. Fail on missions and your reputation will dive. Run out of money or food and your demoralised army will start to depart. The first time I played I went about things with the same level of discipline and foresight as Elon Musk. I grew my forces far too quickly and ended up putting myself in a position where I wasn’t going to be able to progress because I had no way to pay for the ambition. The second time I was much more focused on trade and slowly building the forces I needed to protect my business interests, and that was going swimmingly, until I pushed my luck a little too far with a powerful rival.

For now, it’s far so good on the third run! It’s my riskiest campaign yet, as I’m going full-on underground crime syndicate, but, for now, I’m playing my cards right. Those of us that play Mount & Blade do like to giggle about just how much of a time-sink it is, but that’s no exaggeration. It is possible to lose hundreds, if not thousands of hours into something this flexible, fluid and challenging. That is, of course, a big part of the appeal. What is interesting, though, is that “epic” is also not really the right word to describe Mount & Blade. Because the focus is very much on the emergent narrative of a single character (your hero), and everything happens from that singular perspective, the game comes across as more intensely personal than grand in scope. Because of that, while it’s fundamentally strategic in the way that you build up an army and command them on the field of battle, Mount & Blade still feels more akin to a Skyrim-like RPG to play, and that connection that you form to the protagonist helps draw you into the world all the more strongly. It’s a fascinating, unique tone that this game strikes, and the developers absolutely knew what they were doing. 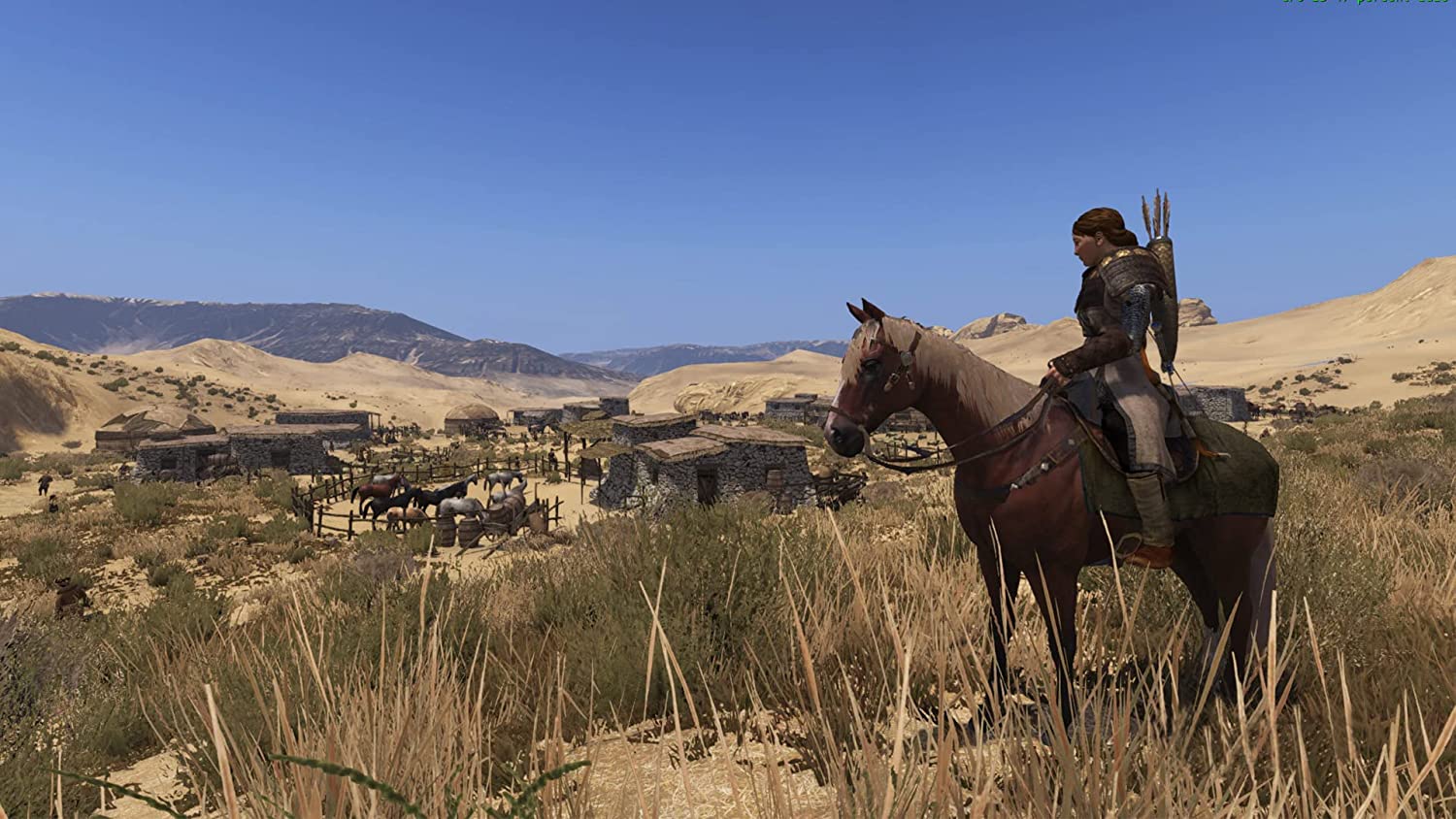 Naturally, for a game of this size and scale, there are some quirks (though, I was impressed by how infrequent they were), and it does feel like it’s weighed down with a philosophy of content over creativity at times. Towns and castles are all functionally the same – a dumping ground for icons to chase down for quests, and those quests don’t exactly have the beautiful narrative structure of a Witcher 3 woven into them. In fact, it often seems like the developer deliberately took a minimalist approach to the quest design to allow players the maximum opportunity to engage with the emergent storytelling, and while, from that perspective Mount & Blade II does work, as a guy that likes following a great story there were moments where this one felt too dry for its own good.

But then I got over it because I was too busy enjoying my careers. There are battles that I will remember well into the future, for a start; street battles where two forces crashed into one another in a narrow corridor and left a pile of bodies (just imagine the plague that could have resulted from that!). Then there was that time my force was badly beaten, but the leader of the enemies challenged me to a duel. On death’s door myself I managed to block, parry, and slice my way to defeating him against the odds, and therefore saving my entire campaign from a premature end. That was a real David & Goliath moment I won’t soon forget. The words in the sidequests and the largely forgettable, templated characters that Mount & Blade throw at you are almost irrelevant to what you actually do out there in the big world, as you move from nation to nation and conflict to conflict, doing your bit to profit from the shifting global tides.

Where I do think the console version falters a little is in the controls. I must assume that the mouse-and-keyboard is the way to play this game on PC, because with the controller the inputs are a little clumsy. You can attack from four different directions (left, right, up, and down). Where things go wrong is the controls to swing your weapon in that direction (or block, in the case of the defensive controls), are also the camera controls, so trying to work a couple of different angles in quick succession causes the screen to jerk around a bit. It’s not unplayable by any means, just disruptive to the immersion, and while it does give combat a grittiness that approximates what medieval combat would have actually felt like in motion, it’s a little too much like a “Eurojank” combat system for what Mount & Blade deserves. 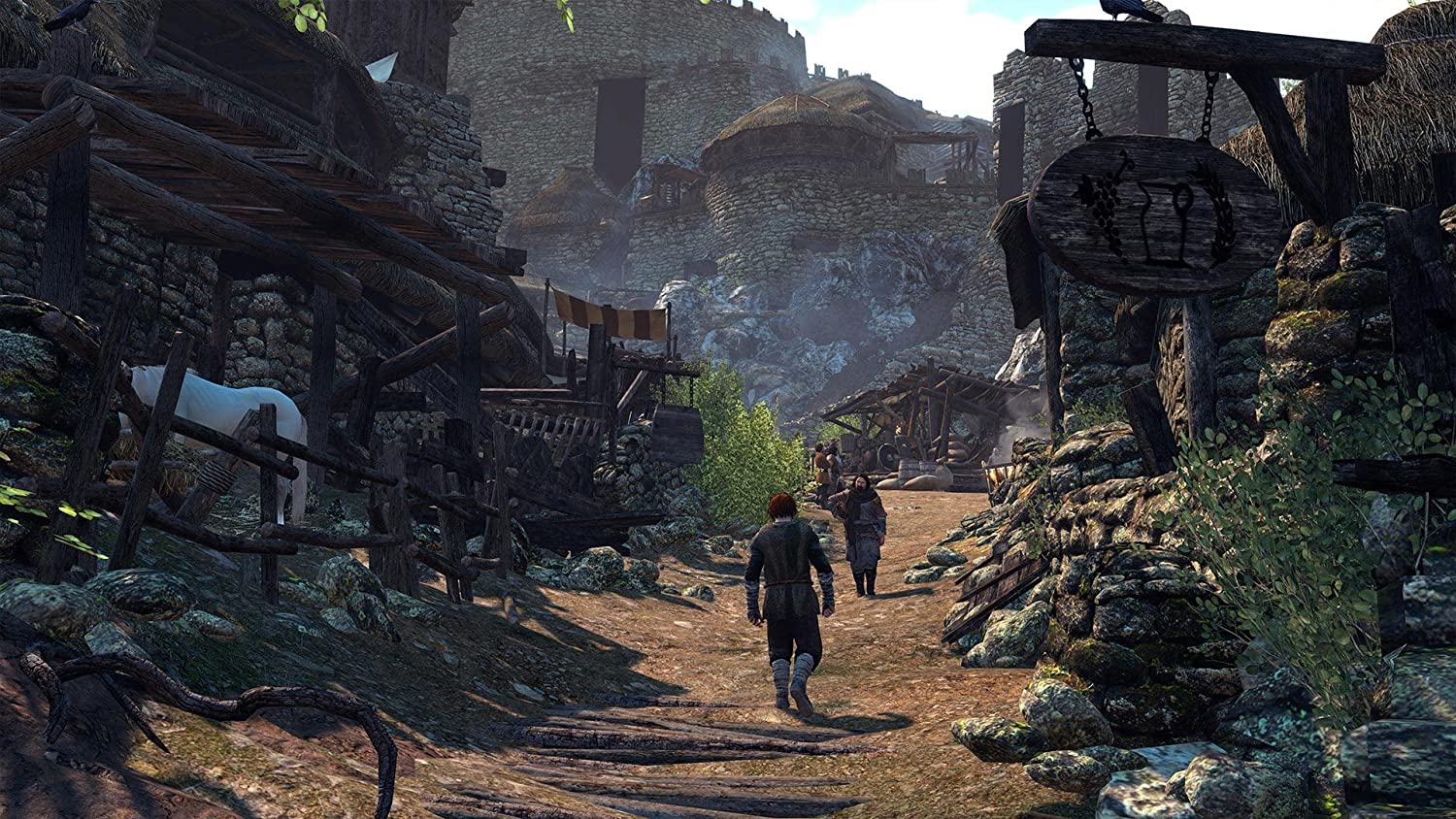 The interface and UX is also a little laboured on console, with an over-reliance on a virtual mouse pointer with poor sensitivity calibration for too many actions in-game. Even acts like shifting equipment and prisoners from the enemy’s stash to yours after a battle is tiring, and a general lack of explanations on how to do things (like how to improve recruits into more powerful classes and even levelling up your own character) means that you need to be a pretty experienced RPG player to be comfortable with picking your way through the game. Beginners will find the whole thing very overwhelming, I would think, and this is definitely not a game you would recommend to players looking to experience their first open-world RPG.

For everyone else, there is nothing quite like Mount & Blade. This expansive, massive, deeply immersive blend of open world, open-ended RPG and medieval strategy might be the biggest time sink on the PlayStation 5, but it’s also one of the most rewarding. The stories of heroics and failures that you can write for yourself while playing this game are positively Shakesperean, and this is one of those rare times where failure is as entertaining as success, because there’s an excellent, emergent story in that.