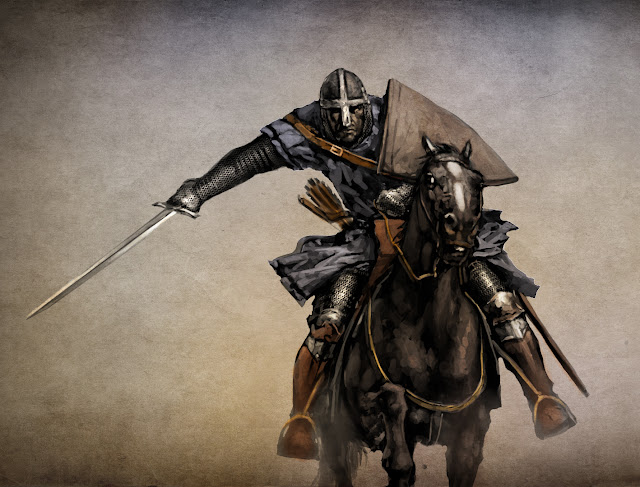 Mount & Blade Warband is the most odd “re-release” of all games that we’ve seen on the PlayStation 4 to date. It was originally a PC exclusive, released back in 2010, and this is the first time it has had a console release. Why we have it on console now, a full six years later, I’m not entirely sure. Perhaps the developer is prepping a new multi-platform Mount & Blade game, and if that’s the case I’m right on board because, while the game shows its age, it’s also perennially entertaining, and I am so glad to have it on console.

Related reading: Matt’s review of one of the expansions to Mount & Blade, from way back in 2011.

The basic idea of Mount & Blade Warband is to travel around the world as an adventurer in search of fame, fortune, and prestige. Looking at the screenshots of the villages and combat, and you could be forgiven for thinking that you’re looking at an Elder Scrolls game. On one level, you’d be right. Fundamentally, the game is an open-world RPG, in which you basically set your own agenda, taking on quests that interest you, and help out the people and nobles that you want to.

With little hand-holding Mount & Blade throws you into the world, and at first you really will feel small. Leaving the city that you start in (and you can choose from a number of different nations to start your quest in – I generally like to start out in the Middle East-like nation, because I like the sandy aesthetic) you’ll see the entire map before you, teeming with threats that you can’t possibly hope to counter. You’re little more than a tiny icon on the screen. Though you don’t explore the bulk of the world from the first or third-person perspective, as you do in Elder Scrolls or Dragon Age, the world is also far larger than in those games, and teeming with life and points of interest, so the top-down strategic map view makes a great deal of sense.

Yes, my favourite strategy is to hit enemies in the back. #PS4share https://t.co/fYJMqeRhLf pic.twitter.com/RVGtEIULIk

Each region of the world has its own aesthetics and culture, and so, while there’s not the raw lore backing Mount & Blade that other RPGs tend to have, there’s nonetheless a great sense of immersion in the world, as travelling around feels meaningful. You’re largely writing your character’s story for yourself, but to be the upstart foreigner with a small desert kingdom, travelling to the frigid north to discuss diplomacy with a ruler as cold to you as the lands he controls, is a whole other kind of world-building excellence. The more you play the more you’re going to be pouring over the map, as wars redefine national boundaries and hordes of bandits start terrorising your populations.

Indeed, if the Game of Thrones rights managers can ever get their acts together and finally decide to recruit a developer to do that world justice, then this is the developer that they should be approaching. Being in the world of Mount & Blade Warband feels very much like what being in Westeros as an ambitious warlord should feel like. War is constant, the people clearly suffer as bandits roam unchecked, and the politics games between the nobles is endless. The raw intrigue alone is enough to keep you immersed in this world for hours at a time.

A little like in Westeros, too, the actual lords don’t do a lot of the fighting. Where Mount & Blade Warband separates itself from the likes of Elder Scrolls and Dragon Age is that your individual character’s power growth isn’t the key to success in battle. They still acquire levels and have plenty to do outside of combat, but shortly after the game starts it’s the army that your hero recruits that provides the military grunt. At first you’ll only have the gold and supplies to recruit a small band of underequipped village peasants. But by completing missions, earning prestige and wealth, that band will grow, and you’ll be recruiting more powerful mercenaries into it. Your villagers will gain experience from the fighting, too, and become more powerful veterans. They’ll be clashing with enemy forces of equivalent size, but if you play your cards right your force will be powerful enough that you can kick back like Ramsey Bolton and watch the chaos unfold if it so amuses you. 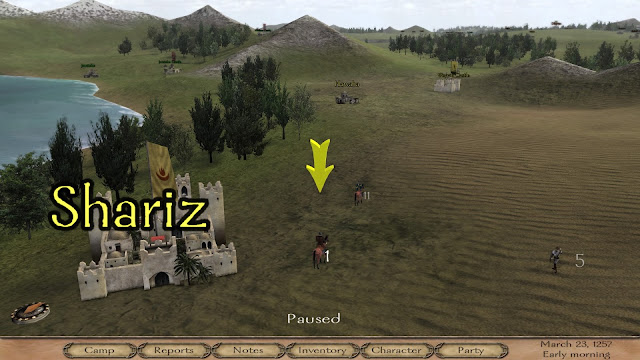 Managing this roster of soldiers is where the real fun is at. Being among dozens of fighters swarming over a hill to raid an enemy camp or village has a cinematic, epic, feel to it; like you’re participating in a production like Braveheart, 300, or similar. When combat is joined, the maelstrom of melee is exciting, dynamic, and deadly. The clash of blades, the screams of the dying and the cheers of the victorious all combine in such a convincing manner; TaleWorlds Entertainment clearly focused a lot of development time into making these skirmishes an overload to the senses, and have achieved a genuinely unique experience as a result.

Of course, like any good hero your own character is able to take the lead on these battles and charge in beside his/her troops. There are a lot of different direct combat options, and most players will find something that suits their personal style, be that picking off stray enemies from the fringes with bow and arrow, or getting in close and personal with sword and shield. The control system makes use of the right control stick to control the direction of swings and parries alike, and while I found there to be a definite learning curve to this (or re-learning curve, after having put the time in to learn the game on PC), it didn’t take too long for me to be hacking down enemies like I was a crazed berserker.

Not that it matters much, but the game does show its age on the PlayStation 4. Though the world is big, it’s quite simple in design. Each village, castle and city is unique, but the actual size of the space that you can explore is small, and quite barren; there aren’t many interesting things or people to interact with. TaleWorlds recognises this, and has also provided players with a handy menu options to speed the process of purchasing supplies and recruiting troops up considerably. You’ll be able to drop into a village, do what you need to, and move on, without actually leaving the menu, and while this does break the immersion, Mount & Blade would become painfully dull if you had to manually trek through every village you encounter. 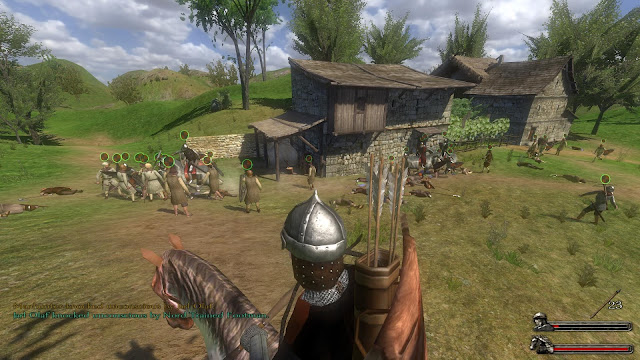 Meanwhile, the art design is incredible, but the character models are primitive, and the narrative suffers from a lack of direction and cohesion, which is common for open world games from a few years ago.

Related reading: For people that like the idea of controlling units of soldiers into battle, Bladestorm: Nightmare is another good option. Matt’s full review.

None of these flaws really override the fact that Mount & Blade Warband is a really entertaining premise, and one that’s quite unique to boot. An RPG that is more about building an army and then leading it into battle is in many ways so much more interesting than an RPG where you’re in control of a one-man army and in pursuit of personal power. I only hope that the release of this game, now, means that there is more Mount & Blade coming, because there really is nothing else like it out there.

Root Letter; On Japanese rural communities and matters of trust