We have not one, but two Playdate games to highlight this week. What a wonderful little console that has proven to be for independent development. Possessions is a puzzle game in which you play as a restless spirit, wandering from home to home, possessing the residents and generally causing havoc with their lives and relationships. The way you do this is one of those simple-to-learn-difficult-to-master deals.

As the game’s description reads: “Your otherworldly prescience gives you the ability to see what these mortals are going to do before they do it. (Looks like Mom is in the hall and is planning on going to the Garage and Dad is in the kitchen planning on making dinner.) To accomplish your goal, you’ll need to do some possessing and alter one of their plans. (Maybe you possess Mom so that she goes to the kitchen instead to see the delicious meal Dad is making, thus improving their relationship.)” With 30 of these levels, each with a high score target that the developer promises is challenging and will take some mastering, this is a game with some real meat and creative spirit behind it.

The second Playdate game in our little wrap this week is the most excellent-looking Play Da Pon. It looks excellent because it happens to be a take on one of the most enjoyable puzzle game play designs of all – you almost certainly know this one from a simple glance.

It doesn’t look like you’ll be getting a wealth of gameplay modes, narrative, or anything of the like from Play Da Pon – it’s a no-frills puzzle game. But then, as anyone who owned a Game Boy and Tetris back in the day will tell you, sometimes all a puzzle game needs to do is get the basics right to be well worth your time and money. As long as the gameplay is smooth and clear, Play Da Pon could well occupy dozens of hours of your time.

My Dinner with André

The latest Simpsons fan game is an effort to turn a 10-second gag from the fifth season of the show into a 10-minute extended joke game. If you’re a big enough fan of The Simpsons then you’ll know the gag – in an arcade filled with kids playing the big hits, there’s Martin playing a totally sedate game about two people talking. 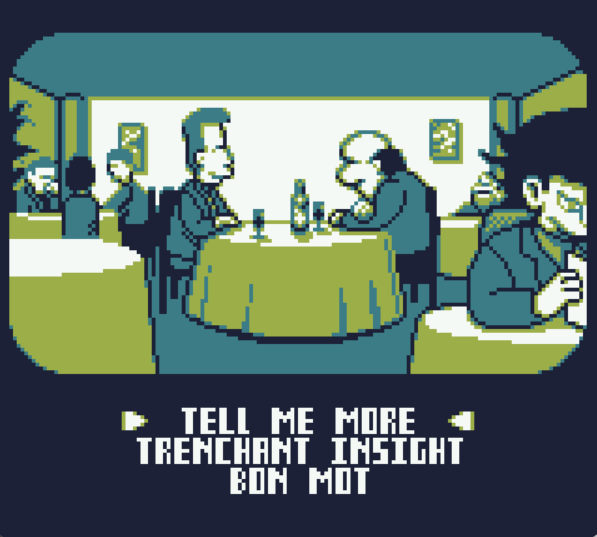 How has this been translated into a game? Well, as the conversation between the two characters plays on (itself a parody of a film from 1981, as an aside), you have three dialogue choices – Tell Me More, Trenchant Insight, or Bon Mot. So, imagine if a visual novel was an arcade game, and you basically have My Dinner… and now I realise that if these things existed in real-life aracades I would absolutely be Martin. Wow.

Anyhow, you can get this one for free, and either play it in your browser, or download the ROM to play on your GB-running emulator of choice.

Speaking of visual novels, we’ll be rounding this week’s summary with a rather good looking independent otome game. Princess Of Ruin has been kicking around since 2015, but finding a platform to play it on seems to be something of a challenge – it’s not on Steam, or any of the other major platforms, making itch.io a convenient option (and chance to discover the game for the first time). 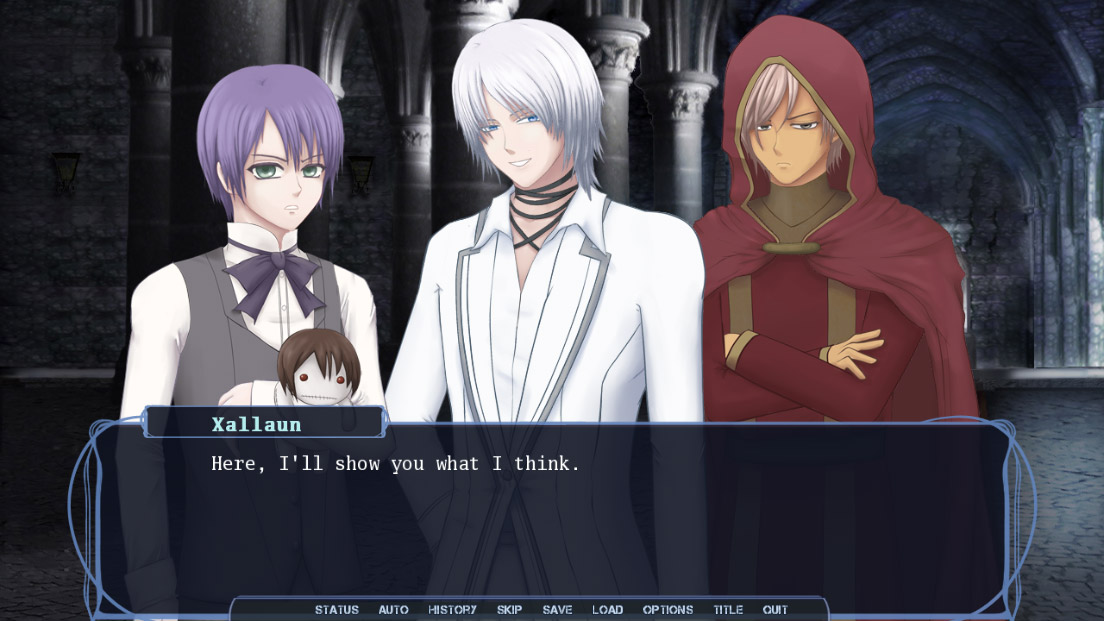 The game features six guys to choose between for romance (it is an otome, after all), a script of 315,000 words, 85 event CG arts, and 24 unique endings. It’s a game of magic and mystery, as you play as a girl that had been imprisoned within a magic circle, but the magic has worn off, leaving you free, but due to the mind-wiping nature of the magic, without any sense of why you were a prisoner. You need to find out just what is going on, while also finding the love of your life. Standard otome stuff, but the art is lovely, the plot intriguing, and it’s always fun to discover indie visual novels!

Last Time I Saw You coming to PC, consoles mid-2024

For years now Zeboyd has been the indie JRPG developer…