Square Enix has decided today is a great time to release what feels like all of its information on Tactics Ogre: Reborn. And when I say there’s a lot, I mean it. There’s information on the reimagined unit development, new item charms, new battle party screen features, seven major battle-related updates, other balance adjustments, shops, classes, and characters. And it’s not just little bits of information for each, it’s an overwhelming amount. So I’ll try and condense it into something more reasonable!

Tactics Ogre: Reborn is a strategy RPG that takes aspects of the original Tactics Ogre and 2010’s Tactics Ogre: Let Us Cling Together, mashes them together, and incorporated new elements and a redesign of the battle system. It’s about the struggle for control of the Valerian Isles, told through the eyes of a young man named Denam. The player’s choices affect how to story unfolds and how it ends. Battles take place on three-dimensional battlefields; this release includes revamped AI.

So now for the new information. The simpler, reimagined unit development includes new equipment requirements, allowing players to equip anything as soon as they find it as long as it isn’t restricted by class. Skill rules have been revamped, apparently making the strategy more “fun.” New skills have also been added. Finishing moves, ninjutsu, and war dances have been updated to only require Magic Points (MP) instead of Technical Points (TP). 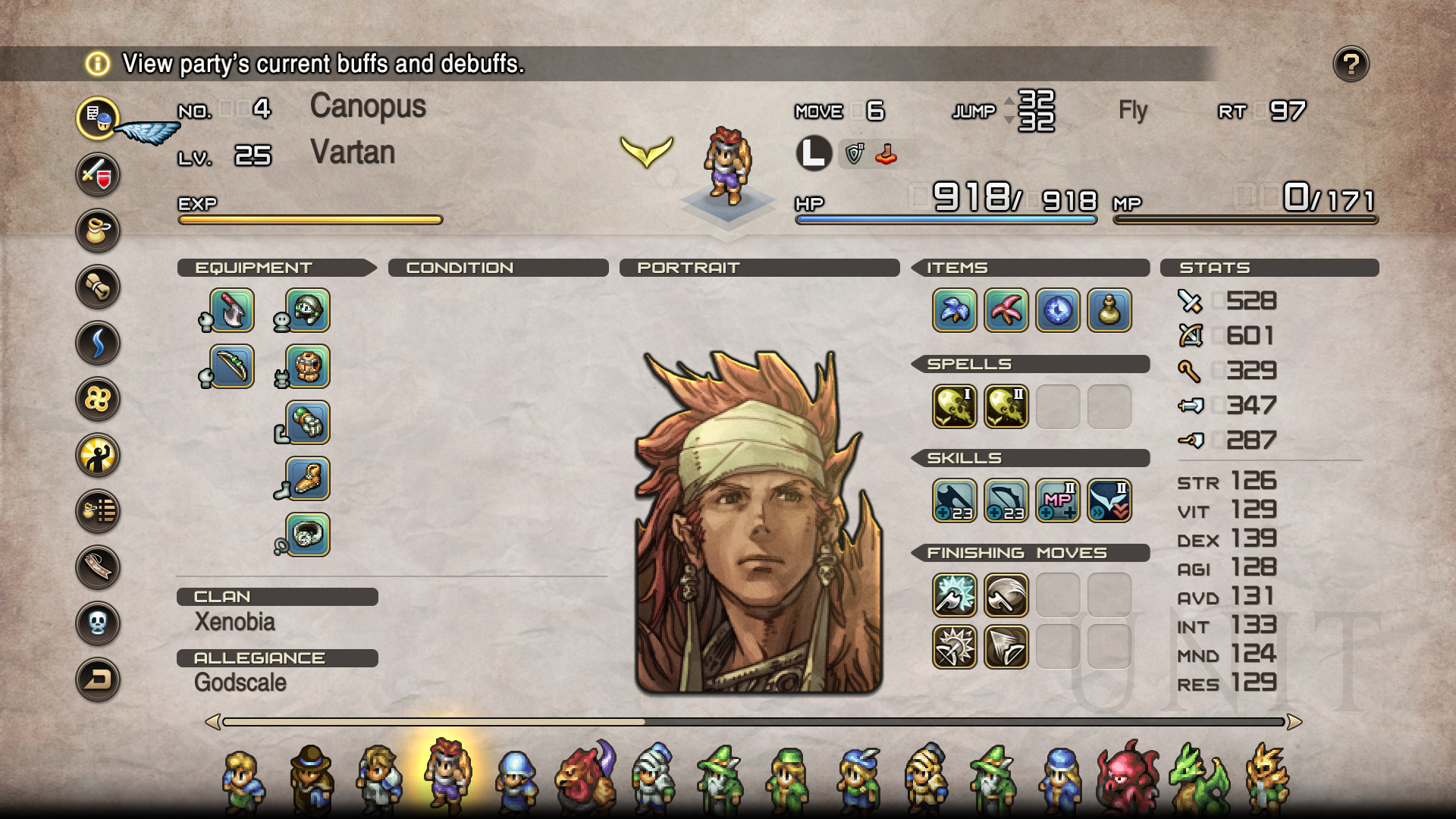 A brand new addition to Tactics Ogre: Reborn is charms. Charms are items that give players more control over the development of their unit’s stats. Charms are used on the party formation screen to improve and alter units. They’re found both in battle, and after battle as a reward. Charms raise a unit’s level by one, grant experience points, permanently increase stats like strength or agility, and change a unit’s elements to another (for example, for air to holy).

The battle party screen is used to select and prepare units before sending them into battle. There are some new features to make it easier to assemble battle parties; Square Enix has details two. For the first new feature, the scout command allows players to gather information about the enemy before entering the battle. The second new features adds the ability to save up to five different battle parties; having different parties saved for different situations can be incredibly helpful.

There are seven major battle-related updates. Players can turn the tables with buff cards. New enemy AI adapts to each situation, keeping battles fresh. Additional rewards are given for completing bonus objectives. Players’ units also get an upgraded AI, allowing them to choose between Fierce Attacker, Stalwart Defending, Distant Striker, and Ardent Mender. Trajectory prediction makes sure the attacker hits their target instead of accidentally hurting one of their own. Incapacitated units can be revives with consumables or magic. Finally, random encounters have been removed and replaced with training battles at specific locations; units cannot be killed in training battles, which makes levelling up easier. 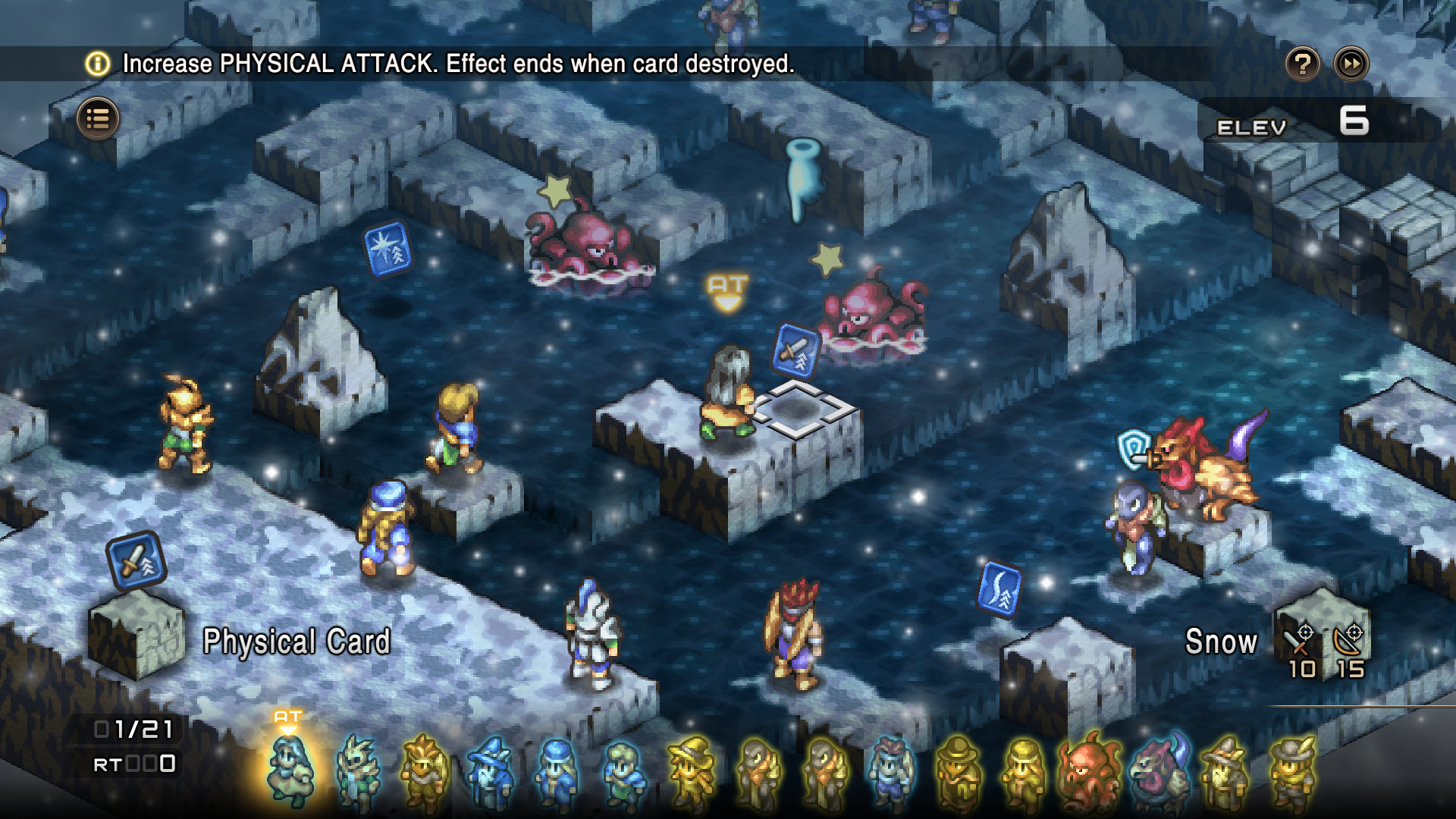 There are three general balance updates details. First, adjustments were made to the stats, equipment, positions, and skills of each enemy unit. Second, party level has been added; this is the level of the entire army, which is also a level cap for individual units. It rises gradually as players progress though the story, preventing people from grinding like mad then just breezing through battles. Third, adjustments have been made to classes, equipment, consumables, magic, skills, finishing moves, and debuffs.

Shops are integral to the game, and have been changed to allow players to easily buy and sell equipment, consumables, magics, and other items; they can also hire new units. An improved AI allows players to quickly check information. When it comes to crafting, the success rate is now at 100%. Crafting enhances the pre formations of equipment and consumable, eliminating wasted ingredients (and time). Multiple items can now be crafted at once.

Square Enix has introduced classes. A class in a unit’s job, basically. Classmarks can be acquired to change classes. Some classes (definitely not all) include warrior, archer, wizard, cleric, rune fencer, knight, berserker, terror knight, and ninja. 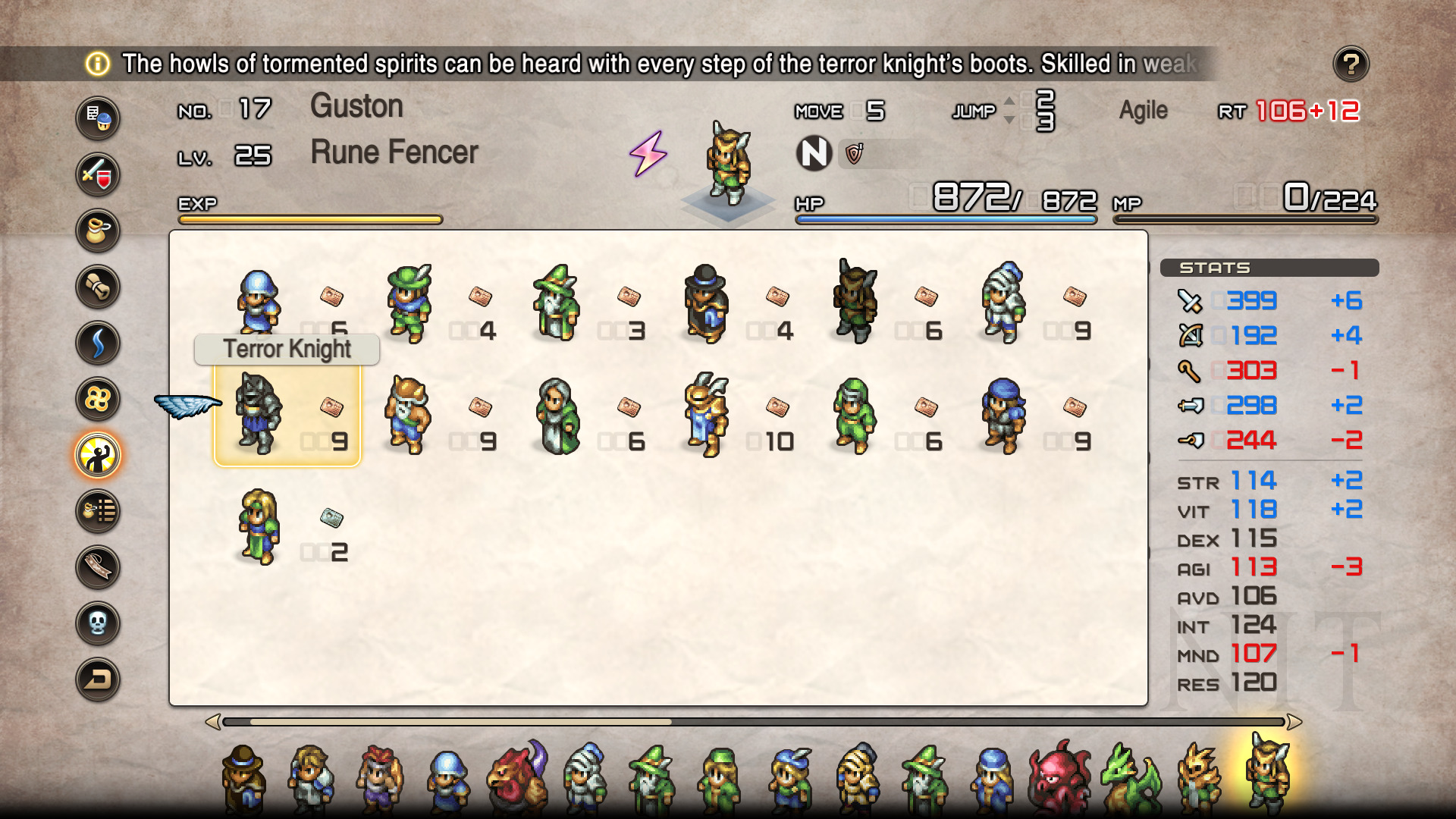 Developed and published by Square Enix, Tactics Ogre: Reborn will be released for PC, PlayStation 5, PlayStation 4, and Nintendo Switch on November 11, 2022.