Dangerous boys have never been so pretty.

It’s difficult to review fandiscs, because they’re a step beyond a sequel in terms of their reliance on the base material. Generally it’s fine to review sequels. You can go in-depth with like the Trails of Cold Steel series, or the Final Fantasy XIII trilogy, because players can still play them out of order. You’re better off playing them chronologically, certainly, but you can putter along and generally understand what’s going on if you jump into these series’ midway through. That gives critics plenty of material to work with for their own coverage. Unfortunately, a fandisc like Piofiore: Episodio 1926 is essentially worthless without its predecessor, and that makes it difficult to talk about at all without going into spoilers and subsequently getting yelled at for it.

Of course, you should have played the original Piofiore anyway. Piofiore: Fated Memories stands out as perhaps the most extreme, and yet most perfectly exquisite otome visual novel out there. As I wrote in my review, the game is dark, violent, affecting and at times downright psychotic and sadistic, but it’s also a powerfully well-written historical fiction about a particularly incredible time in Italy’s past. As a fan of transgressive art, Piofiore sits up there with the likes of Saya no Uta as something provocatively intelligent.

As a fandisc, Episodio 1926 is a collection of additional stories that build on what happened in that first game. The bulk of those stories are direct sequels to each of the main character’s good endings. You chose your favourite mafia boy and enjoy another descent into the harsh and complex world of the politics of organised crime. This time around the political background plays a much more significant role. Mussolini (yes, that one) is on the rise, and he’s a threat (well, no duh. Also, great election recently, Italy. Filled us all with confidence that you learned from history there).  Unsurprisingly, all the gorgeous men running vile-and-yet-honourable criminal gangs find themselves hurled into chaos all over again, and somehow the beautiful protagonist (i.e. you) finds herself someone wrapped up in it all again. 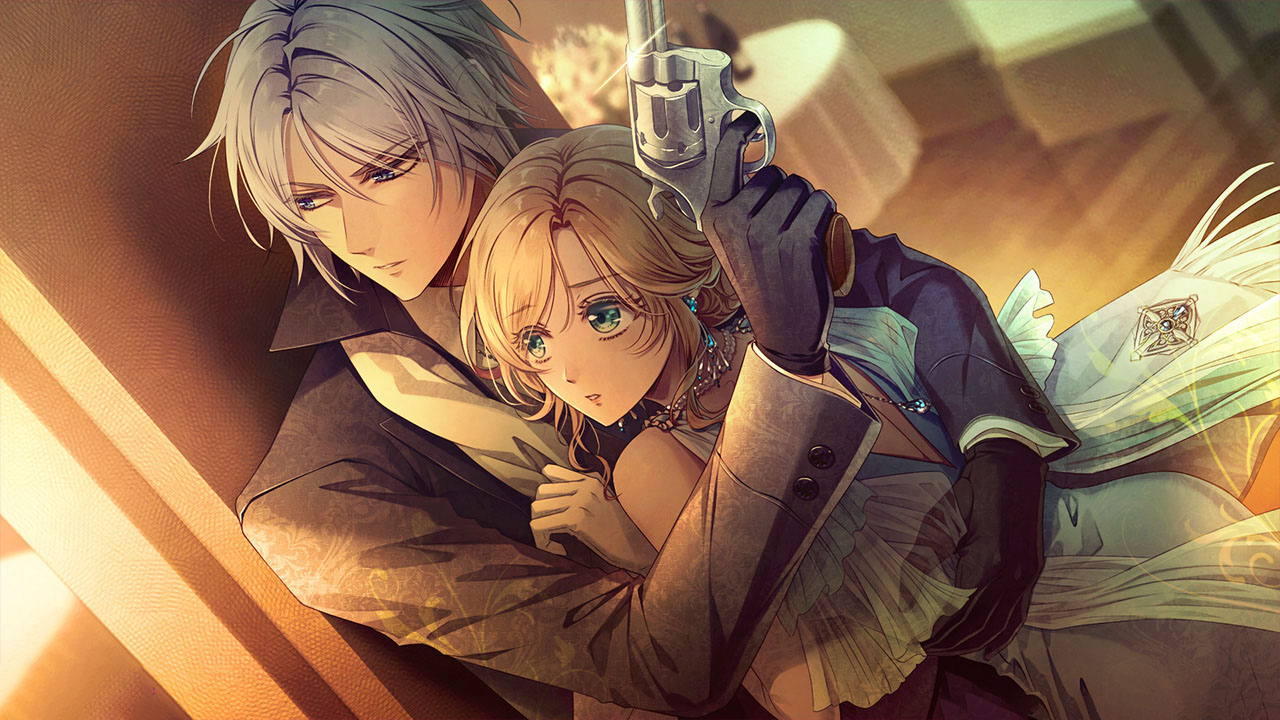 I can’t discuss the plot of Episodio 1926 without giving away the endings to Fated Memories. See why it’s difficult to review a fandisc when the plot is 90 per cent of the reason to play the thing? What I can say is that the localisation is generally excellent and errors rare, as you’d expect from Aksys at its best, and the characters are all translated beautifully. Each has a dynamic and interesting personality that’s difficult to pull through without som excellent people working on the script.. You no doubt realise that if you’ve played the predecessor, but they really are a memorable bunch that amp up the intrigue nicely.

If you have played Fated Memories, then the main thing to say here is that the game feels genuinely justified. Fandiscs can go either way. Often they do come across as a highly cynical effort to make a bit of cash from existing fans, generally by leaning so heavily into various forms of fanservice that it comes across as intelligence-insulting pandering. Episodio, meanwhile, feels earnest. Because the developers had to work new plots in for each of the endings from the original game it wouldn’t be right to call it a “sequel” so much as a series of “what if” scenarios, but playing through these does truly enhance your understanding of everything – the characters, the world, the danger and potential for extreme brutality – and so it feels like a justified project.

The presentation is every bit as gorgeous as you’d expect. The game reuses assets from the original release, of course, but the new CGs are simply breathtaking in their layers of detail and give every narrative highlight impact. I’m not a fan of the way the narrative jumps around with little digressions that break the flow of the main plot. They happen just a little too frequently for their own good this time around, but otherwise the way the narrative is presented is impeccable, too. People often underestimate just how much work needs to go into a visual novel in terms of user interface and the way that the information is conveyed. It’s at its best when you don’t notice it, and there’s nothing to distract players from the reading experience in this game. If you had asked me if I thought Piofiore: Fated Memories needed a sequel, I would have responded with a very firm “no.” That game is right up there with the likes of Steins;Gate and The House In Fata Morgana as a visual novel with literary merit, and arguably the masterpiece of the otome genre. But then I played Piofiore: Episodio 1926 and realised that the writers weren’t out of ideas from their first outing. This game is every bit as dark and majestic as its predecessor, and assuming you can stomach its harder edges, it’s essential (but just make sure you’ve played Fate Memories first, if you haven’t yet – don’t ruin this on yourself).