If you enjoyed the very famous Steins;Gate, or the much loved Robotics;Notes, then chances are you’ll like Chaos;Head Noah. It’s certainly a more extreme experience than those two, but this was the very first entry in the “Science Adventure” series, and it offers excellent, intense storytelling similar to its later stablemates. It’s now also available in English for the very first time. It’s just a pity that much of the discussion about the game has been how it was banned and subsequently un-banned by Steam, because it’s far too smart to be the latest battlefield in the endlessly exhausting “censorship debate.”

The story goes into some wild science fiction spaces, but it starts off both straightforward, and very, very creepy. You play as a less-than-likable loser who lives in a shipping crate (literally), and spends all his time playing an MMO while looking for ways to shun human contact. While he never becomes pleasant, we do later learn that he’s suffering from some severe PTSD and really needed to get help rather than be shunned (and shun in return), but it does seem like his future is hopeless. 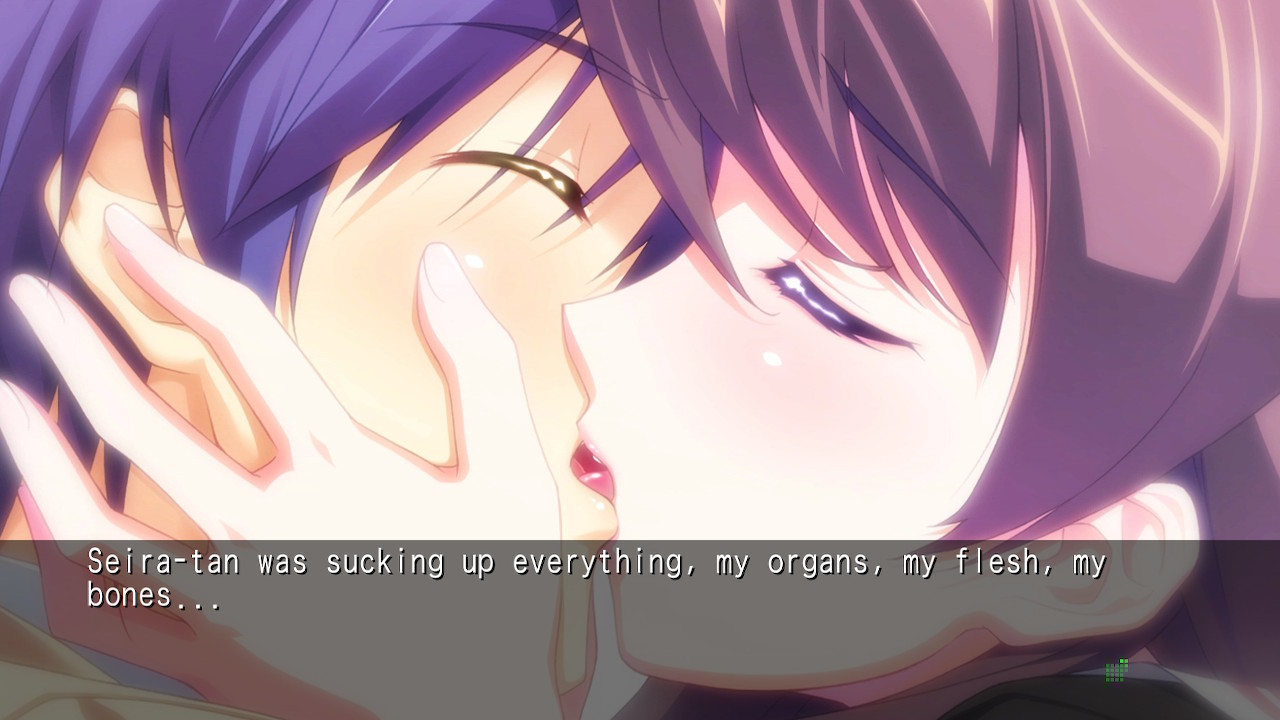 This is a guy that is almost incapable of speaking to women, but objectifies them all. Chaos;Head was originally released in 2008, before incels became a mainstream concept, but that’s the kind of tone this guy has, and we see that particular view of women play out through these fantasies and delusions. And those are the good delusions. The bad ones aren’t sexy, but rather, they’re hideous, agonising, cruel and deeply misanthropic. Whatever delusion path you choose, you’re not going to find yourself liking this guy any better because of his imagination. Even if he is, ultimately, the victim of it.

Because of those delusions, right from the start, you’re encouraged to question everything that happens in the “real world”, and that inability to fully trust what this game presents as reality is compounded by the “real world” going to some incredibly surreal places, fast. There is a wave of graphic, performative, extreme murders terrorising Shibuya in Japan, and our protagonist is somehow in the middle of it. First, he gets emails from an entity online called “Shogun,” who sends him grisly photos of murders that will occur in the future. Then it seems that he’s involved in the actual crimes in some way (through some kind of time travel), and the police are sniffing around. We saw the unreliable narrator concept be put to good use by the writers in the Chaos;Head’s big brother, Steins;Gate, and it’s worked well into this plot too. The sense of mystery about this protagonist because we can’t trust him or his view on what’s actually going on with him, makes his potential involvement in the Jack the Ripper-like spree a real “page” turner. Thankfully, the revelations and payoff are worth it, too. This VN is a dramatic one.

It’s not always perfectly paced. At around 20 hours through the narrative (and, of course, more if you want to see all the endings), there are moments where things are overly descriptive and drag. At the same time, the game suffers from two issues which, given its length, it should not have. Firstly, some of the characters are badly underdeveloped. One of the key themes is the protagonist’s objectification of women. With some of the women, we never get to see enough of their character to juxtapose against the objectification, and consequently, their arc feels ineffective. Secondly, when the mysteries start to unravel and we see the science fiction elements behind them, those are introduced at such a breakneck pace that maintaining the suspension of disbelief is hard. At points Chaos;Head almost risks slipping from a taut thriller to becoming inadvertently silly. It just avoids that fate, but you can see how the writers and developers really refined their approach by the time Steins;Gate came into being. Chaos;Head might be new to us in the West, but it does feel like a first effort in this “genre.” 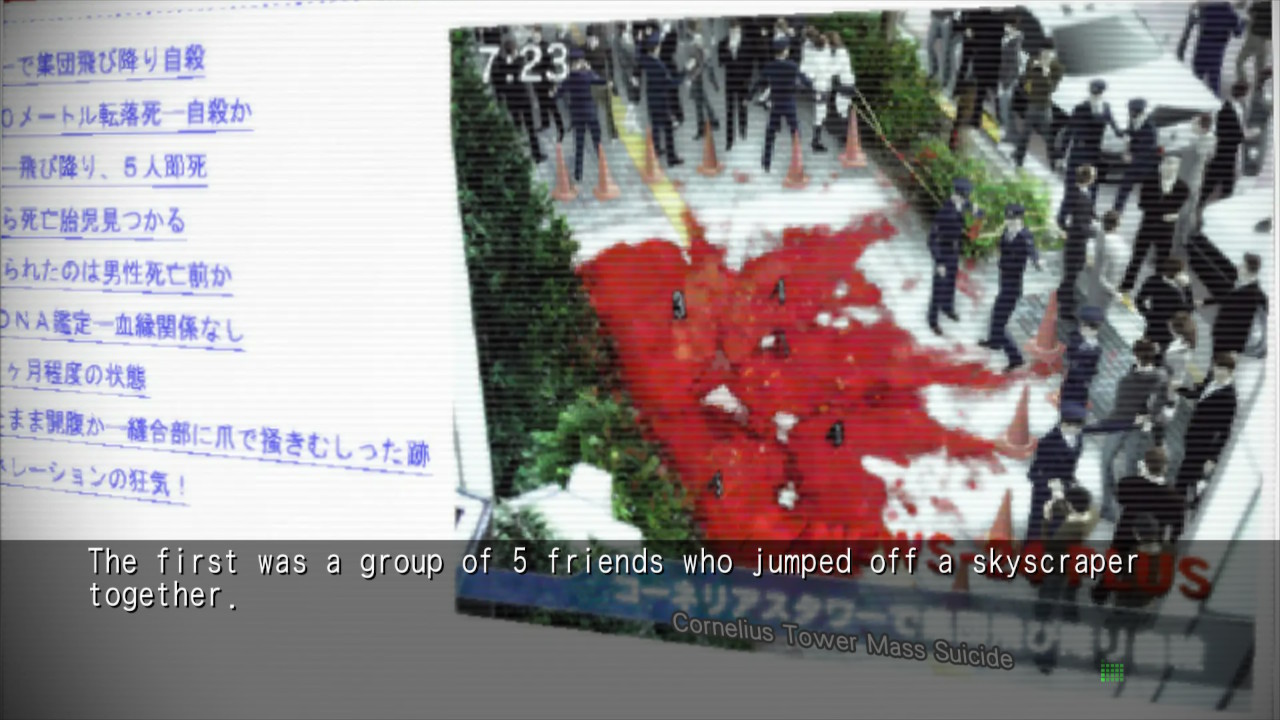 Almost 12 years after its original release, the presentation of Chaos;Head remains of an exquisitely good standard. The developers have made good use of some 3D environments and areas (such as the protagonist’s container-home) to give players a sense of space beyond the usual static screens that we see in visual novels. Meanwhile, the character art has a good range of motion and poses to give the storytelling a dynamic quality. We’ve seen better – Steins;Gate Elite and Robotics;Notes are both visually deeper and more nuanced courtesy of their remakes, but we’re still talking about an aesthetic quality that’s still a significant cut above the norm for the genre.

As well written as Chaos;Head is, the unfortunate downside is that it has a pretty clumsy interface for a “big budget” visual novel. You’ll need to frequently pull up the game’s menu and manually navigate your way to the “TIPS” section to read up on the game’s explanation of its many (many) key terms. Other VN developers – particularly Otomate – have found ways to make these TIPs easy to reach in far fewer button presses (and certainly without breaking momentum to go into a menu). There’s also no explanation of how the delusion system works. At key moments, a ring forms around the screen and you need to press a shoulder button before the scene finishes – left for “good”, right for “bad” or no button for no delusion. I only discovered this through a combination of luck and experimentation, after missing one or two of the early delusion opportunities. It’s amazing just how clumsily this is handled given that the game had just one mechanic. The developers really have no excuse for failing to explain how to play. 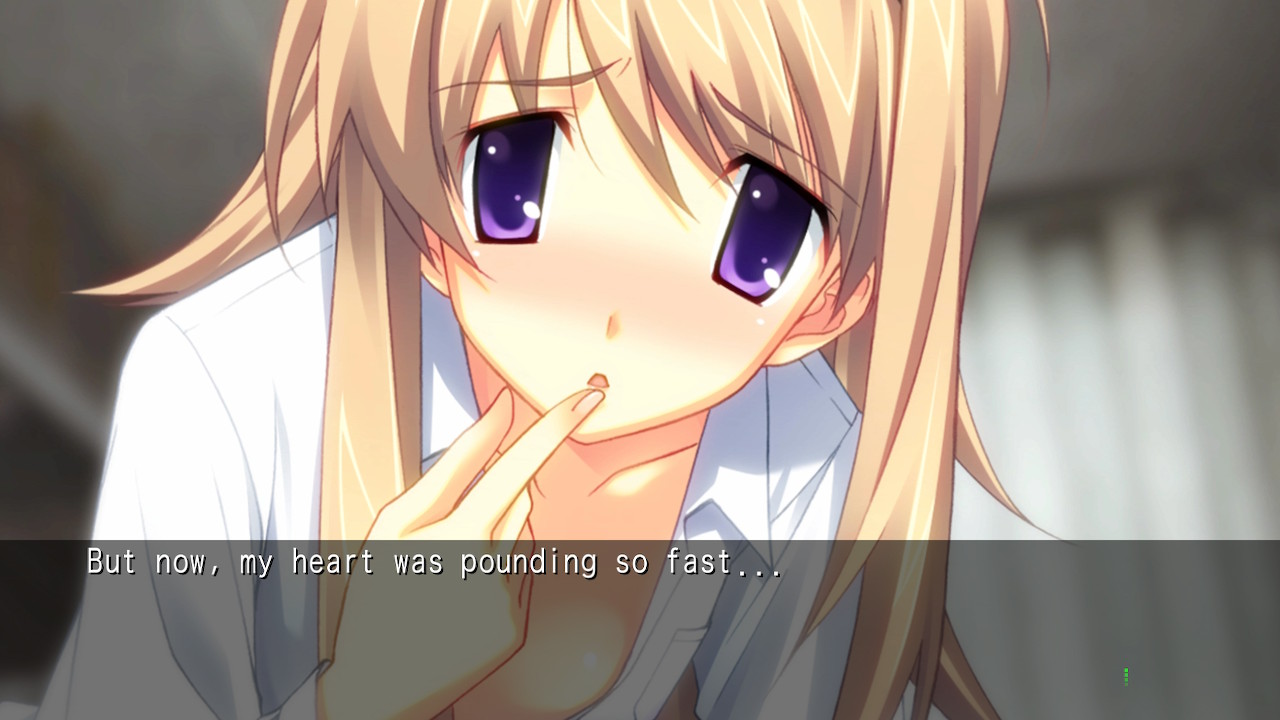 You come to a visual novel for the narrative, of course, and Chaos;Head Noah does some exceptional things with its storytelling. Throwing such an unlikable protagonist at players seems like an outright risk in 2022, given that YA authors have somehow dominated the literature discourse to demand we must always sympathise with a heroic protagonist at all times else the story is problematic. Being willing to depict some pretty extreme scenarios that are designed to make the player uncomfortable is, equally, a risk in a world that has decided that all entertainment should be uplifting and positive. Chaos;Head is probably more transgressive now, in 2022, than it would have been back in 2008, and that only makes it more potent, and essential, as a work of art.

Bayonetta 3 Hands-On: Yes, you should be very excited for this game