This week’s Playdate recommendation is what looks like a fun little riff on the classic arcade game, Asteroids. The main difference is how the projectiles work. In Asteroids you fire bullets directly. In Reflector, you’ve got a shield (which I assume is controlled via the crank arm), and your job is to reflect the enemy projectiles back at them.

There are three ways to play, which is pretty comprehensive for the bite-sized games we usually see on Playdate. In challenge mode you choose from a list of challenges that range from surviving as long as possible without being able to move, right through to trying to clear stages quickly, with a one-to-three-star rating waiting for you at the end. There’s also a target attack mode, where you try and score as many points as possible by hitting multipliers in the right order. And then there’s endless mode, which is purely about the high scores. Across those three modes, which look to be a nice balance of challenging and entertaining, this really does look like a well-conceptualised and made game.

Zoomies looks like a great game because it lets you play as a cat. A cat that is doing the most cat thing you can imagine: f***ing things up. In Zoomies, you have the goal of “creating as much chaos as you can in your owner’s absence.” That means breaking things, making a mess, and then finding even more valuable things to break. 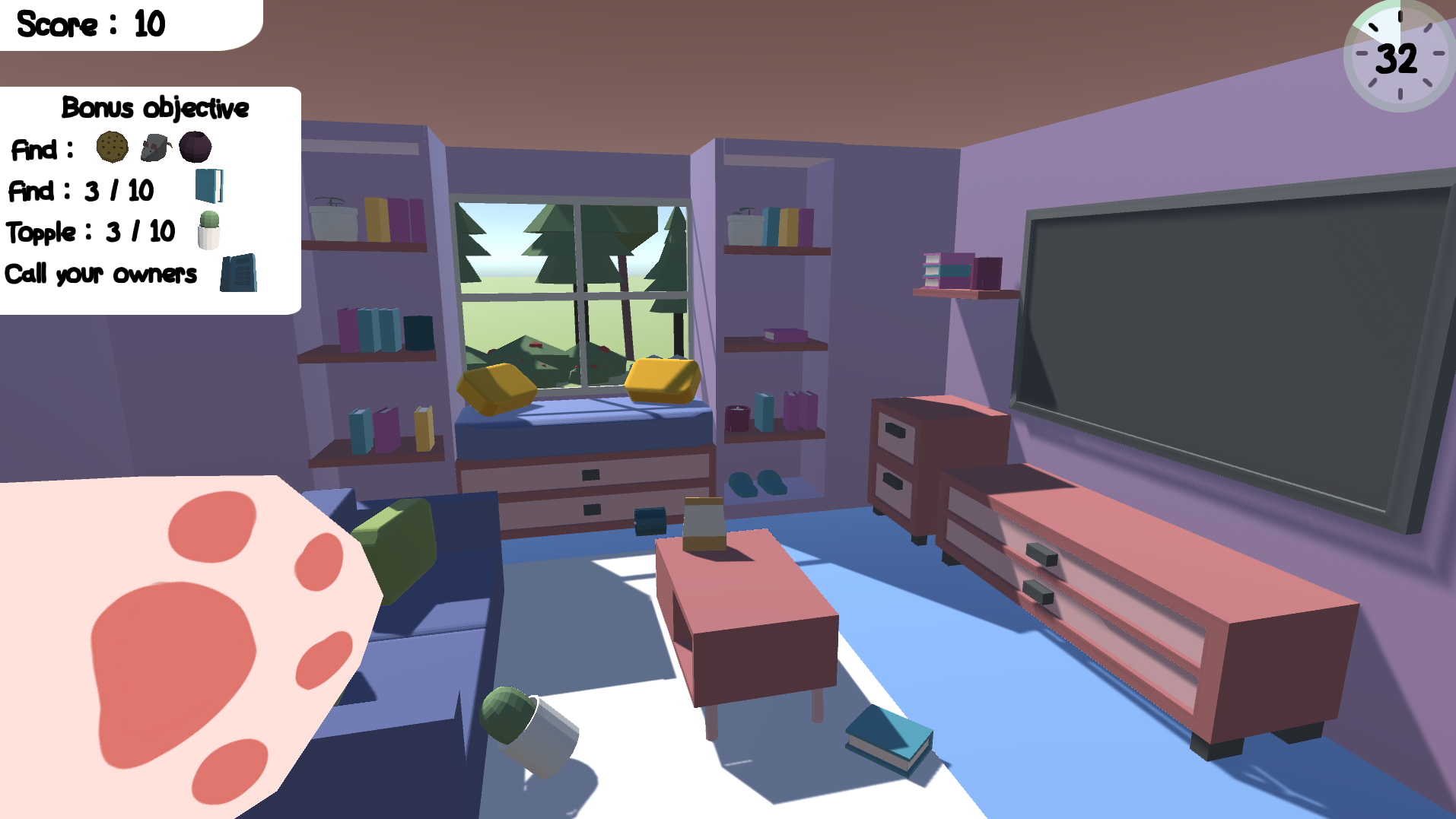 You can either download this game or play it in a browser, and there is an unlock system in place – by knocking framed photos of other cats to the ground, you can unlock them to inflict even more pain on the owners of the house. There are some bonus objectives that you can complete, but I doubt they’ll distract most people from the real main objective, which is just to run around and have fun being a bit of a terror for a while. That is the appeal of cats, after all.

This is one of those super-indie RPGs that looks like it was a work of real passion by the developers. The main point that seems to distinguish this one (aside from its “cheap but charming” aesthetics) is that each chapter within the game has a completely different combat system. The developers are also promising an interesting way of levelling characters up, which again varies by chapter. It’s not the easiest-to-read game summary (I suspect the developers are not native speakers), but it does seem like they’ve tried to do something different and creative with it.

Anyhow, in the game you get three separate campaigns, and a cast of ten characters that will join you on your quest. There are five towns to visit in each chapter and, at the end of it all, you have a concluding chapter that will wrap things up. It’s not easy producing RPGs as an indie, let alone RPGs outside of the neat confines of RPG Maker, and it’s always noble when someone tries.

I Was A Teenage Exocolonist

At $25, this is one of the more expensive titles that you’ll find on itch.io, but after releasing on Steam a month ago to a user rating of 9/10 (admittedly from only around 150 users), the signs are good that this is a good game, if struggling to get the attention it probably deserves. I Was A Teenage Exocolonist is a creative little outing about being one of the first humans to try and colonise an alien planet. That means you’ll need to “explore the wilderness, study, fall in love, discover strange creatures, and deal with the consequences of your actions. Your choices will directly affect the lives of your friends and the fate of the colony.”

The game features a card-based combat system that seems to be impressively detailed, with over 250 battle cards to collect and use. There are also over 800 story events, 25 different colony jobs to choose between, 10 dateable characters, and 30(!) different endings to experience. It does sound like this one will last you quite a while.

Gungrave G.O.R.E’s got a release date!