We’ll kick things off this week with our obligatory Playdate release (have we said often enough that it has become the most wonderful platform for indies?). Time From Earth is a fascinating-looking narrative adventure game that can be run through in a little over an hour. In that time, you’ll experience a number of days on a space ship, and you’ll discover that there’s something of a mystery afoot.

You’ll need to complete some mini-games that represent jobs on your little ship, and between that and talking to the crewmates, that’s about all there is to the game. However, thanks to a charming 1-bit Playdate aesthetic, it does look like this will be an absorbing and interesting little experience. This developer is no stranger to making bite-sized narrative-focused games for Playdate. His previous work included Absence Makes… and Life’s Too Short, and based on the response that he has been getting on itch.io, people love what he’s on about. Time From Earth is his most expensive (and, apparently, expansive) game to date, and it’s the kind of thing that deserves support, if for no other reason than the more people playing with the Playdate, the better.

Truth be told, we probably don’t cover the horror games that get released on itch.io nearly enough. For fans of the genre – especially if you like the older PS1-era aesthetics, itch.io is a veritable treasure trove of weird, experimental, gory, disturbing, suspenseful and, ultimately, creative horror. Of course, there’s a lot of terrible stuff as well, but it’s worth sifting through those to find the gold. Night of Carnage caught my attention because it claims to be inspired by Disturbia. That’s a good movie to be inspired by.

Unfortunately, the graphics aren’t up to the standards to make a bikini-clad Sarah Roemer scene viable (Disturbia really is a good film), but the concept is great for the chills either way. There’s a neighbour next door, and you’re pretty sure he’s a serial killer. So what do you do? Promising to have “classic elements of 80’s trash horror and a touch of acid comedy,” this is a 15-20 minute game with two possible endings (take a guess at what they might be) that may well be intense and entertaining enough to be worth your $1, and one of the good indie horror things on itch.io.

Crypt Of The Slime Lord

This game is a game jam entry (in this case a game jam to encourage developers to use OpenGameArt.org assets), and it seems like an absolute delight. The game is a retro-style FPS that aims to mimic the style of Catacomb 3-D. For people who aren’t deep into the history of video games, Catacomb 3-D was, arguably, the very first character-driven FPS, and without it, we wouldn’t have Wolfenstein 3D and, later, Doom. 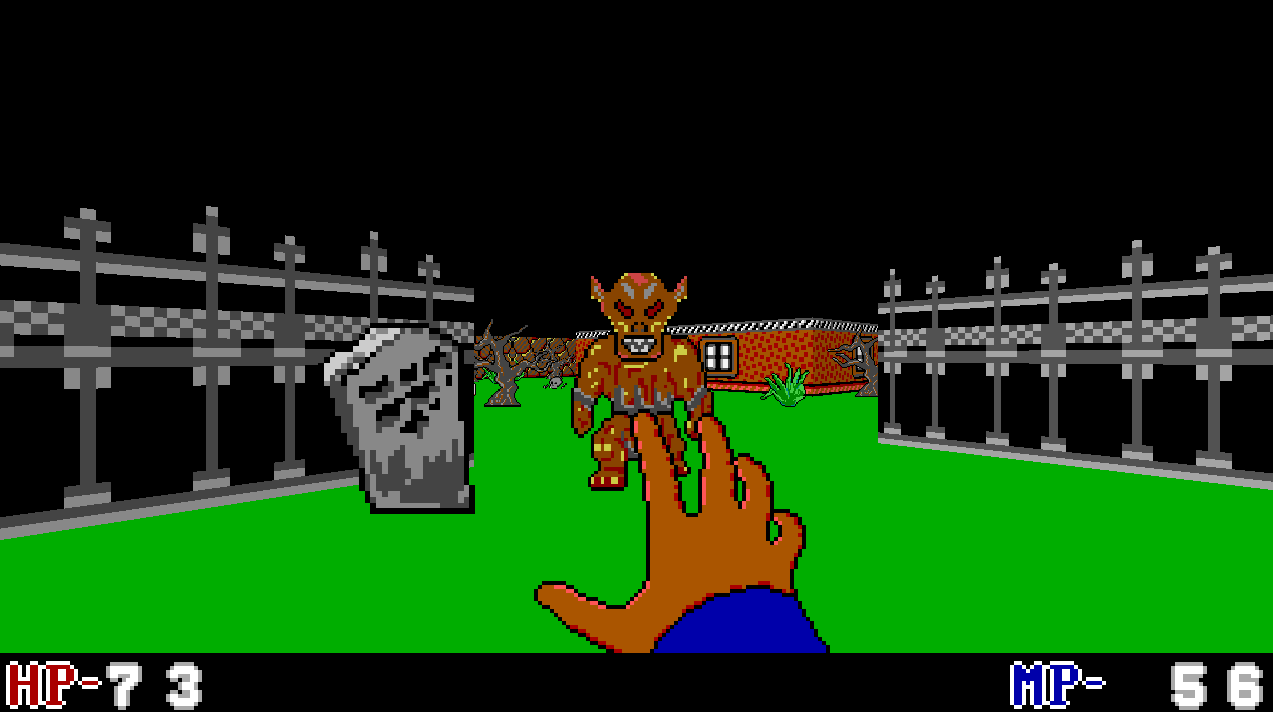 So what you have here is a primitive-looking dark fantasy FPS, where you fire off spells from your hand, and enjoy it all in a world of EGA-style graphics. Note – you can run this on modern systems, it’s not a true DOS game, but even from the screenshots you can see that the team has done an excellent job in mimicking the aesthetic perfectly. This is one of those game jam games that would be great to see spun into a full project.

Finally this week, I would like to make this clear from the outset – this is an adult game and even the screenshots in the itch.io listing are adult. Click at your own risk. Normally I wouldn’t highlight something so blatantly exploitative as this one (we’ve listed plenty of R18+ games in the past but those have always been adult for artistic reasons), but I’m mentioning this one because it is something that I would like to see developed in a more serious manner. Basically, this is what Fire Emblem would be if Fire Emblem were an adults-only game, and that’s actually really neat. 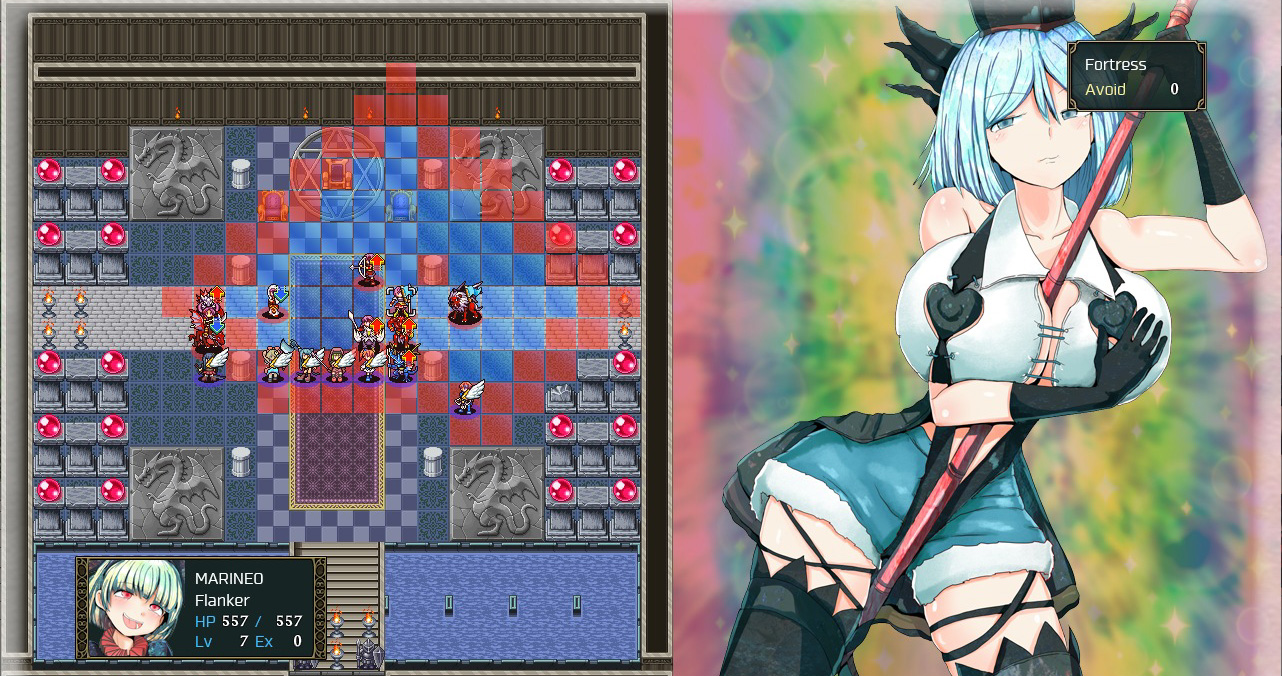 This game was made by an indie Japanese studio, and while it’s fully localised into English, just from the itch.io description you can tell that the in-game narrative is going to be fairly broken. However, the art is good for what it is aiming to be, and the action really does look like a traditional Fire Emblem title. As someone that would like to see more tactics JRPGs of, specifically, the Fire Emblem design (as opposed to Final Fantasy Tactics), I feel obligated to at least mention this project, though, again, I would expect it to be absolute trash rather than a thoughtful effort at using adult art towards… artful… purposes.

August 2022 Podcast: How to make a game-based TV show that doesn’t suck! Also, we <3 short games!