It took me an embarrassingly long time to realise that “Waifu Impact” was a play on Genshin Impact. That’s the most interesting thing about this game, though I must admit that in the hand of competent developers this concept could have been spun into something good.

It’s not like there is anything wrong with the idea of a bikinis-and-water pistols frolic. There was even a Senran Kagura spin-off that offered that exact thing – Peach Beach Splash – and it was a genuinely good time (especially once Marie Rose from Dead or Alive was added to the roster). But then Peach Beach Splash was, firstly, a good game, and secondly, was an example of fan service with a point. People like those girls, and the broader Senran Kagura series. Splashing around in the water with them was fun precisely because there was that existing association and interaction between player and character. Meanwhile, I could not tell you the names of any of the girls in Waifu Impact if you threatened to take every other fan service game ever made away from me.

There’s no narrative in this thing. The closest the girls come to a personality is that each of them has a different gun (so they’re different “people”, innit?), and you hear a giggle (all giggles sound the same) when a girl attacks you. I’m going to assume that the giggle is there to reassure you that it’s all in fun and games, rather than a death match-like event that you’re thrust into.

See, it’s actually probably just as well there are those giggles, because this is such a lazy asset flip project that the developer seems to have taken “death” animations directly from much more serious shooters. When you successfully soak a girl, she crumples and distorts in the way enemies do after you put bullets in them in cheap Unity shooters. The physics are terrible, but more pertinent to a fan service-orientated experience, this just highlights that even within the incredibly limited context of what is in Waifu Impact, the developers couldn’t even get a consistency of “artistic” vision in there. What would have been far more appropriate is the writhing ecstasy “death” animations in Gal*Gun than this.

Technically it’s a mess too. If you squint really hard the island that the action takes place in, which is somehow also not very big and yet far too large, does look like something that could vaguely be a homage to Genshin Impact. It has the same kind of terrain with plenty of high spots to climb up and look around, and a similarly over drenched use of colour. You’ll forget to admire the admittedly decent use of colour soon enough though, because the main reason that you’ll be squinting once you’re playing is that it’s impossible to see anything. Pop-in occurs just inches from the front of your character, and every object beyond that – including the stars that represent your one and only objective – are all blurred out until they’re right in front of you. This isn’t the fault of the Switch. The Switch runs The Witcher 3 passably. This is a terrible developer that figured girls in bikinis would get them a quick buck for minimal effort. 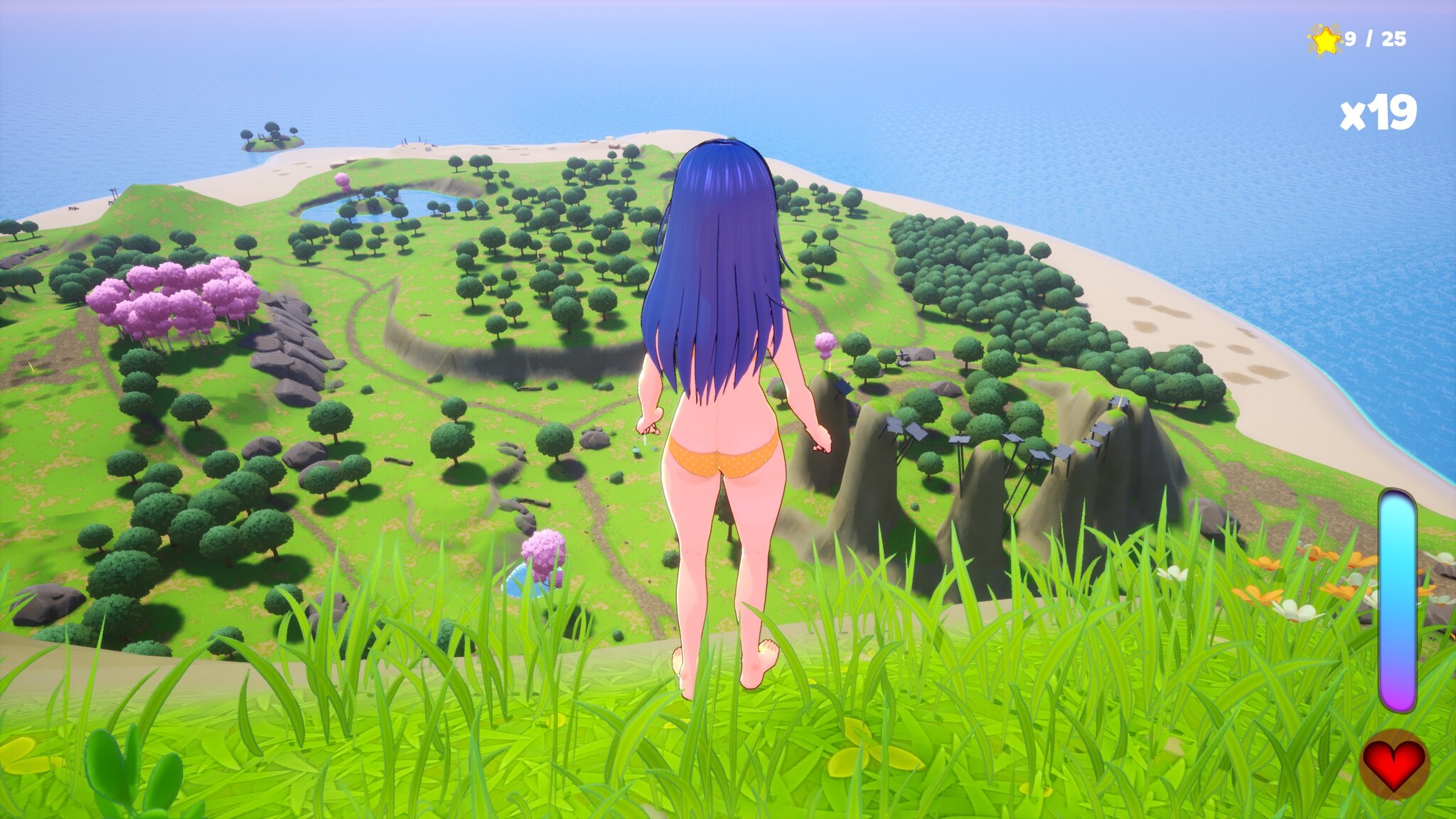 For all of this, I have to say – and I cannot believe that I am saying this – this is not the worst junk fan service game I’ve played on Switch recently. Unlike Hentai Uni, which doesn’t deserve to be called a game at all, Waifu Impact does work, technically, and it is a game, minimally. The aiming system of the guns is hardly inspiring, but they function. There is a win state and lose state, and while collecting 25 stars spread across a dull island doesn’t exactly inspire the imagination, the stars are squirrelled away in corners that do require some investigation to find. Technically, Waifu Impact is, in fact, a game. That’s the best that can be said about it, but until Nintendo realises that going the way of Steam’s fan service section is not the path it wants to take with the eShop, that’s better than what we’ll see in more than a few future releases, I suspect.

I have famously low demands when it comes to fan service games. I genuinely enjoyed Hentai Vs. Evil, and that is a game that you have to have an enormous tolerance for fan service to find entertaining on any level. I know who I am and I roll with it. But Waifu Impact is just beyond terrible. A beachy homage to Genshin Impact with bikinis and water pistol fights could have been a lot of fun. This, however plays more like a very first prototype of that excellent idea that someone actually dropped on to the Switch store about three years too early into development.

Waifu Impact is terrible: Nintendo has got to get this stuff off the Switch