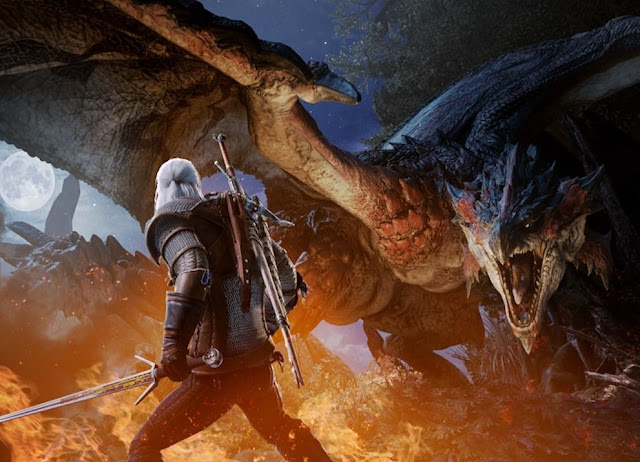 A couple of decades ago, a developer was given the task of taking the original Resident Evil and porting it to the Game Boy Color. Capcom wanted a portable version of its marquee title, and though everyone knew that there would need to be severe compromises made to take a 3D game that pushed the most advanced hardware available at the time to get it on to the Game Boy Color, the idea of having Resident Evil in a portable format seemed like it would be worth the effort.

Related reading: Our review of the original release of The Witcher 3.

In the end, it wasn’t. With the game about 90 per cent complete Capcom pulled the plug, deciding that it simply wasn’t possible to get the key features of Resident Evil – the fear and cinematic production values – into the GBC. Thankfully that near-complete version of the game was eventually found and gameplay footage from it recorded, and you can watch it here. I highly recommend it. You’ll see that it does indeed lack all the qualities that made Resident Evil a masterpiece, but it’s nonetheless a fascinating curiosity and bit of technical brilliance to see what the developers were able to do with that supremely underpowered handheld game console.

Why do I mention this bit of vaporware? It’s because The Witcher 3 on Nintendo Switch is a very, very compromised port of a very, very good game, and its greatest problem is exactly the same as what Resident Evil on the Game Boy Color experienced. By that I mean that the hardware is simply unable to realise the vision of the original masterpiece. It’s not the creative vision that CD Project Red had for The Witcher, and to be very blunt I don’t think that the game is worth it on that basis. With that being said, the port itself is a fascinating curiosity and example of technical brilliance, and for some it will be better this than nothing. 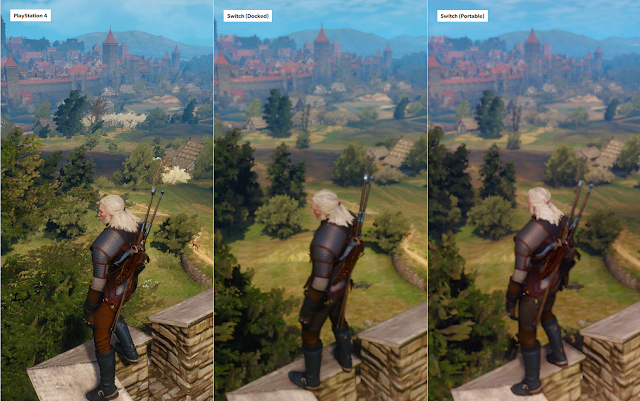 I would hazard a guess that the majority of people who are interested in the adventures of Geralt of Rivia would have already played The Witcher 3 on a console or PC. It’s the kind of epic blockbuster that sells consoles, or people pick up, years later, when they finally have a console or PC capable of running the game. On that basis alone I imagine the audience for the Switch edition is limited… and the fact that the game launched at only #21 in the charts (in Australia) would appear to confirm that. No doubt it will rise higher over the week, and continue to sell at a steady rate for quite some time to come, but in comparison to what we saw with the original release of the game this is certainly a more niche product.

To be fair, on a technical basis the fact that the game on Switch at all is truly impressive. As a hyper-realistic, massively detailed open world game, squashing the thing down to fit on a console that has only really proven itself capable of large open worlds via highly aesthetically abstracted experiences (Breath of the Wild), is a technical feat that I didn’t think possible. Yes, there are compromises made to the game, particularly when running it on handheld mode, but on the other hand, you do get the full Witcher 3 experience in handheld, and for absolute diehard fans of the series, that is every bit as special as it was to me to have Final Fantasy XII or Civilization VI on the handheld console. So I get the appeal, and I do think those who want this game for that specific reason won’t be disappointed.

But this is not what the developers intended for The Witcher 3, and so much of the artistry of the original game has been lost. Having Geralt climb a hill to see the sweeping grasslands and massive expanses of water stretch out in front of him was such a core building block that The Witcher 3 used to sell its vision of being a true fantasy epic. With the Nintendo Switch version, I didn’t find myself once looking for vantage points to get the best digital screenshots. Very quickly I settled into the same rhythm with this port that I do with any B-tier open world game, meaning that I was simply traversing the expanses to follow the points on the map to arrive at the next mission. The open world was just downtime and tedium, and where the world itself is meant to be a character in The Witcher 3, here it is simply not. 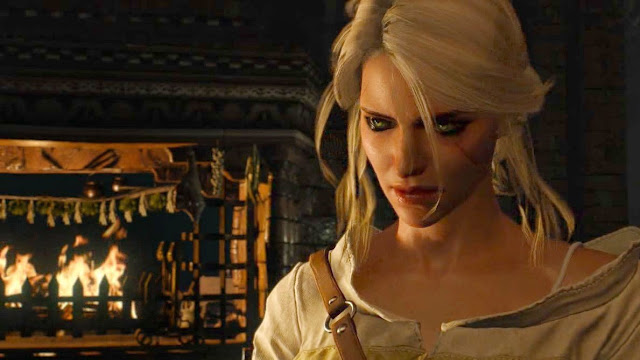 Seeing bodies hanging from trees, or the devastation of a battlefield no longer has quite the same impact. Similarly, the various monsters Geralt needs to fight are still big enough to be intimidating, but that’s only because you learn quickly that big monsters are mechanically tough to defeat. The drop in detail on the monsters themselves (particularly when playing in handheld mode), makes it difficult for the game to capture the truly fearsome visages of these creatures. It’s still a grim, dark fantasy experience thanks to its various narrative beats, but these visuals no longer complement this to anywhere near the same level of effectiveness. The Witcher 3 loses a lot of its realism, in other words, because the compromises forced on it by the Switch’s hardware also force a heavy degree of abstraction in the way that the world and its characters look, move and act, and that fundamentally changes the character and toneof the game. It actually starts to look more like one of those B-tier RPGs that aim to emulate the look of the blockbuster on a fraction of the budget. Games like GreedFall, The Technomancer, or Risen. The luxurious production values that marked The Witcher 3 out as something special are gone.

The underlying story is still great, however, and one of the better examples of developers using books for the source material. Andrzej Sapkowski is no Tolkien, but his novels are eminently readable page-turners, and make for great action video game material. The Witcher 3 still has the same quality voice actors and sidequest structure, too, which makes it one of the very rare open world games where you’ll want to experience everything it has to offer. Each side-story adds something, both to the world and Geralt himself as a character, so to miss any of it is to miss an integral part of the tapestry. As an added bonus, the Switch edition of The Witcher 3 includes the DLC packs, which are almost full-length games in their own right.

The action remains as good as ever, too. The Witcher 3 offers a highly skill-based combat system, where players need to make as good use of defensive abilities and magic as they do aggression. For the big monsters, learning their weaknesses and then capitalising on those is key. For the more common enemies, learning to be patient and wait for the right moment to attack is the secret to success. I do think some of the Witcher die-hards will find the drop in frame rates to be an issue with their timing on the Nintendo Switch, though the first couple of hours are easy enough that hopefully, by the time the complex combat challenges hit those players will have re-orientated themselves to the slightly more sluggish movement and responsiveness. 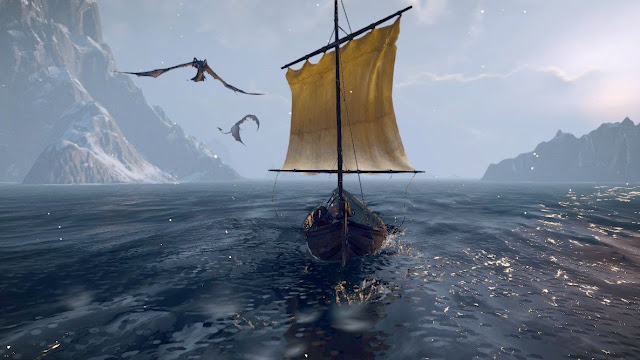 It is a truly impressive technical feat that a developer was able to get The Witcher 3 onto the Nintendo Switch in a working state at all. That doesn’t necessarily mean that the port should have happened though. The Witcher 3 tells an excellent story and offers a massive, epic adventure, but the compromises made to this Switch version mean that this is a (significantly) lesser version of one of the most respected blockbusters out there. In doing that, a little of the magic and prestige behind The Witcher itself has been scrubbed away.