You'll get a big eyeful of very pretty boy with this one.

Otoko Cross is basically a reskin of the Pretty Girls Mahjong Solitaire. There’s a Mahjong Solitaire grid there on the screen, and you match pieces to clear the board. Then, after a few rounds, you also see the character on the left-hand side of the screen change into something skimpier. It starts relatively tame, but as you proceed through the levels, the skimpy rewards get skimpier and skimpier and then, finally, you get to the nudity round! You excitedly match tiles and a little line moves from the top of the screen to the bottom, changing the character out of their clothes, and then you get to the last couple of matches and…

You realise that the character is male and the man-bits are there in all their glory.

See, “otoko” in Japan is a term for men that have a feminine gender expression. The full term, “otokonoko” means “male girl”. They’re feminine-looking men, that also cross-dress to wear traditionally girlish clothing, and it’s a growing thing in Japan, both within subcultures (where it has been a thing since the turn of the century), and, increasingly, mainstream culture. Otokonoko media tends to be pretty sexualised (and that’s certainly the case with Otoko Cross), and also tends to be pretty popular, because the artists that work on this kind of media have a talent for drawing the boys really pretty.

I’d be lying if I said I was the target audience for this kind of material. It obviously doesn’t make me uncomfortable, since here I am playing it, reviewing it, and to spoil the score down the bottom, I liked it a lot, but on a personal level I’m pretty blandly straight when it comes to my preferences. Even the twintails character in the roster here, despite being very pretty, doesn’t quite work for me like an equivalent featuring Marie Rose from Dead or Alive would. But! I can certainly appreciate the art, which really is stunning, and I like that it’s different – at least as far as my exposure to this stuff goes. The Pretty Girls games are fine, but the girls are commonly big-boobed, default fan service fare. There are far fewer games that feature this kind of fan service, let alone explicit nudity, and as far as my art tastes go, I do like things that are different.

The developers have also done a bit to give these five characters personality and backstory. It’s not much – one or two paragraphs at most – but it’s a context that a lot of other fan service-pure games ignore. The fact that it’s there at all means that I suddenly remember the names – hi, Morgan, yes I do remember you – and in theory, the developers can now build on these characters in future games and turn them into something more than a fleshy reward that hangs out on the side of the screen. Otoko Cross is limited in what it does, but you can tell that the team really cared about this project and wanted to make it more than a genderswap crossdressing Pretty Girls game. They wanted to give this, and the characters, an identity of their own.

The gameplay is nicely refined, but exactly what you would expect from Mahjong Solitaire. You match tiles, and they disappear. By default you’ve got a time limit, and if you can match tiles quickly enough a combo will go up so you’ll have a good score for the leaderboard at the end. This high-score system is a little undermined by the tiles being randomised and therefore the flow won’t work quite as well as it should for the big combos (or the level will be randomised in a way that you’ll eventually discover that it was impossible from the outset). Games with high scores do better when everyone is playing on the same playfield. Nonetheless, chasing those high scores and hoping for a bit of luck with the layouts is still a reason to keep playing. 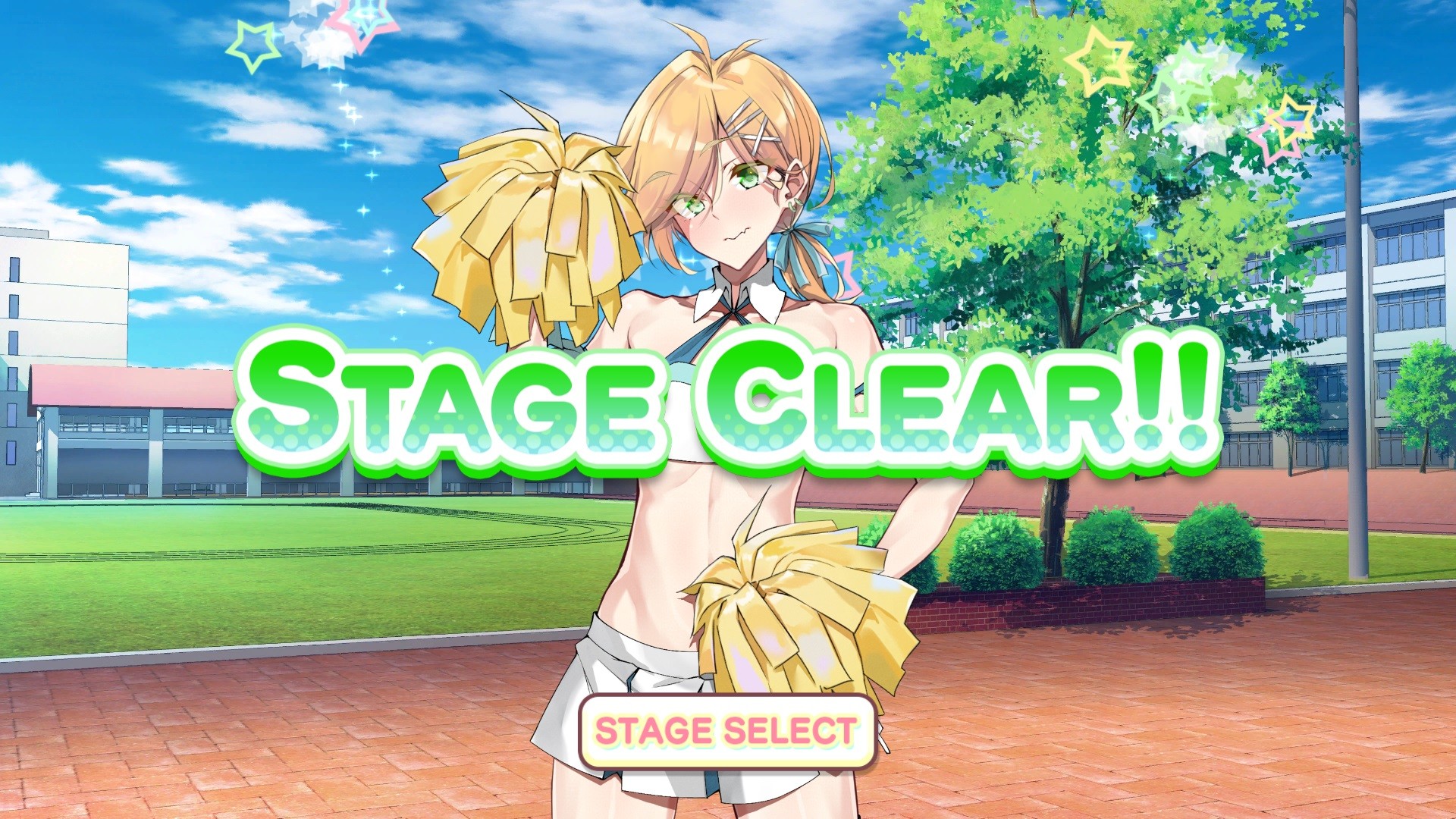 If you’re not in the mood for the stress of score attack, there is an “easy mode” which – impressively – doesn’t lock you out from any of the progression systems or unlocks. It removes the score element (including leaderboards), but lets you clear the board at your own pace, and even throws in hints and a shuffle mechanic so you can get unstuck if you are struggling to see a match.

There’s just one issue with this. If you do run out of possible matches, you get the “No More Match” screen – the equivalent of a “Game Over” – from which the only option is to start again. However, that would often happen to me when I had shuffles left, so why not let me use one of those and continue to play? It’s a small gripe, but in an otherwise well-considered package, it stands out.

Other than that there’s not much more to Otoko Cross. It’s Mahjong Solitaire, and we all know (and love) how that plays. As vanilla as it is, it is a timeless classic formula, and much like Tetris, it was actually one of my first games on the Game Boy so I have forever had a fondness for it. Otoko Cross adds the outrageously pretty boys, some gorgeously-rendered Mahjong pieces, and some lively backgrounds, with the only downside there being that a tiny few of the backgrounds can actually distract me from the pieces. It’s only a few, but they are perhaps a little too detailed and visually dense for a game that is asking me to focus on the pieces. 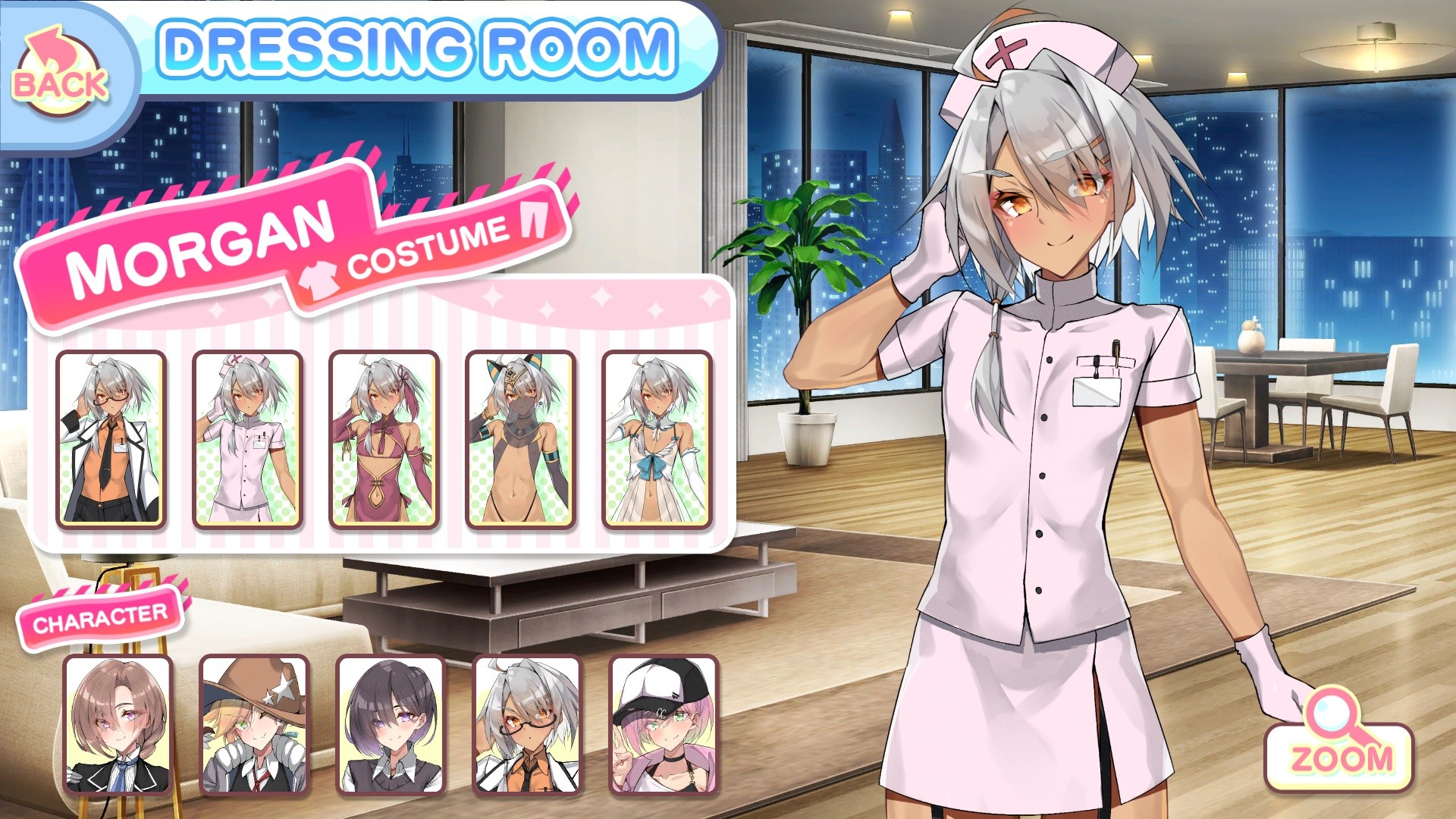 Otoko Cross is horny, lewd, and excellent. Whether it works as a turn-on or not depends on your taste for incredibly pretty boys, but even if that’s not your thing, it is easy to appreciate the effort that went into the art, and the clean, vanilla nature of the arcade puzzle action. I don’t mean that as a criticism, either. Sometimes “vanilla” is exactly the flavour you want and vanilla Mahjong Solitaire is timeless good fun. More than anything else, though, in the endless tsunami of massive boobs and thunder thighs that makes up fan service orientated video games, I’ve genuinely enjoyed the opportunity to play something that is different. It’s not innovative, but it’s different, and, like I said earlier on in the review, my taste in art appreciates the different a great deal.

First announced at this year’s Wholesome Direct (our recap here),…

Releasing a “Soulslike” in the same year as Elden Ring…