Now I just need a new Dead or Alive Xtreme to capture in 4K...

I was (and am) a big fan of the Elgato HD60 S+. I use it to capture all the footage for the DDNet YouTube channel, and stream through it on all my gaming devices as well… with the exception of the PlayStation 5. I don’t know if it was something to do with my setup or just the device, but I could never get the Elgato HD60 S+ to work on the PS5. It was fine with the Switch, PlayStation 4, and even the emulation consoles that I use for retro gaming, but for some reason, it just would not work on PS5. The HD60 X solves that problem, and brings across a host of other serious features for serious streamers and/or video producers.

This spectacular little device is two things: effortless to use, and powerful. I was capturing PlayStation 5 footage within five minutes of tearing this out of the box. It’s as simple as connecting it via HDMI to your console and TV, and then connecting it to your PC via USB. On the PS5 I needed to drop into the settings and flick one option off (HDCP – if you’re finding your screen flickering then disconnect the Elgato and follow these instructions… and in hindsight, this is probably what stopped my HD60 S+ from working too). From there, all you need is some capturing software. Elgato has its own, which is a simple download and set up process. However, it works perfectly fine with other solutions, too. Because I do streams of my own, I already had OBS installed, and was able to use that with no issues. Again, configuring OBS it to work with the X involved about three clicks and five seconds.

Elgato claim that the device will also work with all the major capture applications, including XSplit, Steamlabs, Steamyard, Restream, and even Zoom and Teams. For those that do want to stream as well the device is compatible with YouTube, Facebook Gaming, Twitch, and any other platform you might want to use. Essentially, they’ve gone out there to make a device that is easy to use and allows you to focus on the production side of things, which is how it should be. 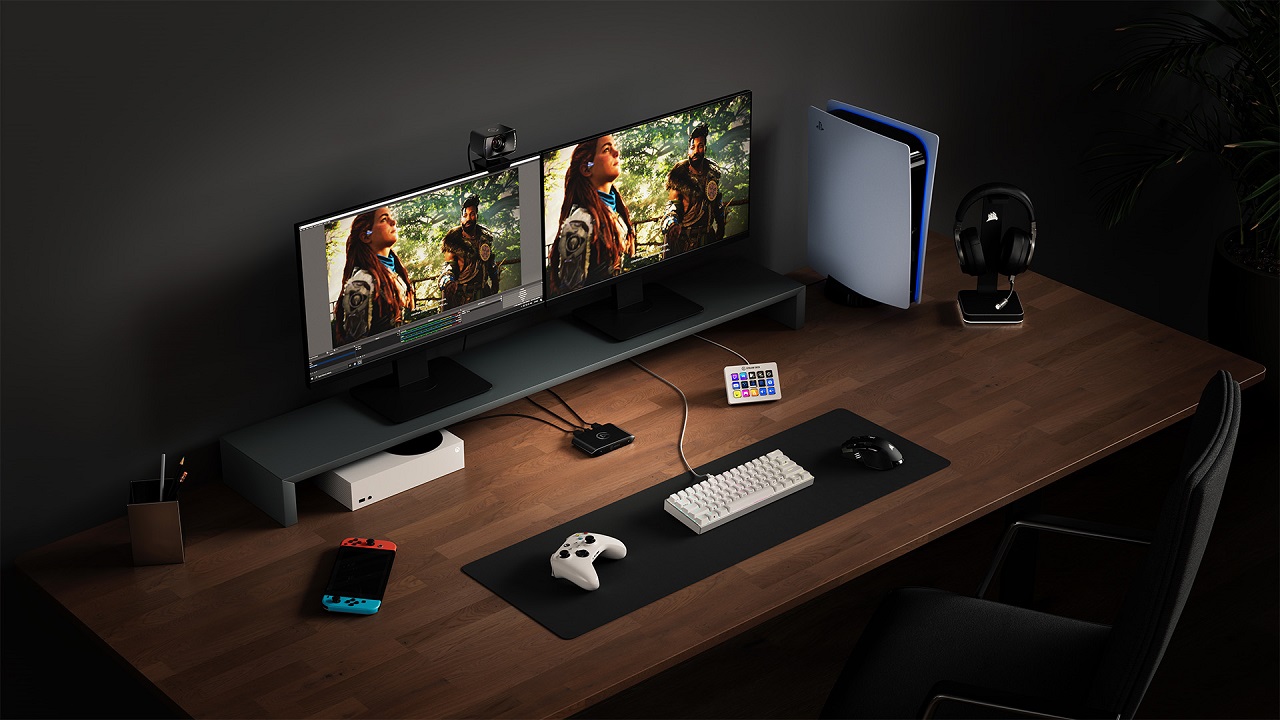 On the side of power, the HD60 X is the next generation beyond the HD60 S+, and is therefore capable of doing more. Most significantly, you can now record in 4K, thanks to 4K60 HDR10 passthrough. You’ll need the right PC configurations to do that, and you’ll probably need to mess around with a bunch of settings, but if you’re serious about 4K capture then you 1) probably already know this and 2) will be comfortably playing around with it to get the results you want. Furthermore, Variable Refresh Rate (VRR) helps to eliminate lag and screen tearing from your footage. Basically, this device with give you professional-standard footage, and with no time limits, watermarks or other restrictions that can ruin the integrity of your captures. Just make sure you’ve got plenty of storage, because you’ll chew through it quickly when using this device to record at the highest possible settings. The device has the option of HEVC.265 encoding, which does save some storage space, but we are still talking about large files here, and that’s just a consequence of 4K footage.

The dedicated software that comes with the device offers up a useful suite of features, too. Perhaps the most useful one for my mind is the Stream Link feature, allowing you to stream your game, with all the usual overlays, but also keep a copy of the raw footage for use in video editing later. Flashback recording lets you save a piece of footage you really like, but weren’t recording at the time. Say you’re playing a baseball game and hit a home run with bases loaded, but wasn’t recording at the time. You can dip into the cache (with the software saving a few hours of it) and save that impressive feat. Finally, you can export files with audio and video separate, which is useful for later editing, in whatever your editor of choice is.

All of this comes in a small, discrete box that can sit on a table or behind a screen or monitor so that it’s neither in the way nor takes up much space. It doesn’t need to be independently powered, and all the additional cords that you need (an extra HDMI cable and USB cord) are included with the device. 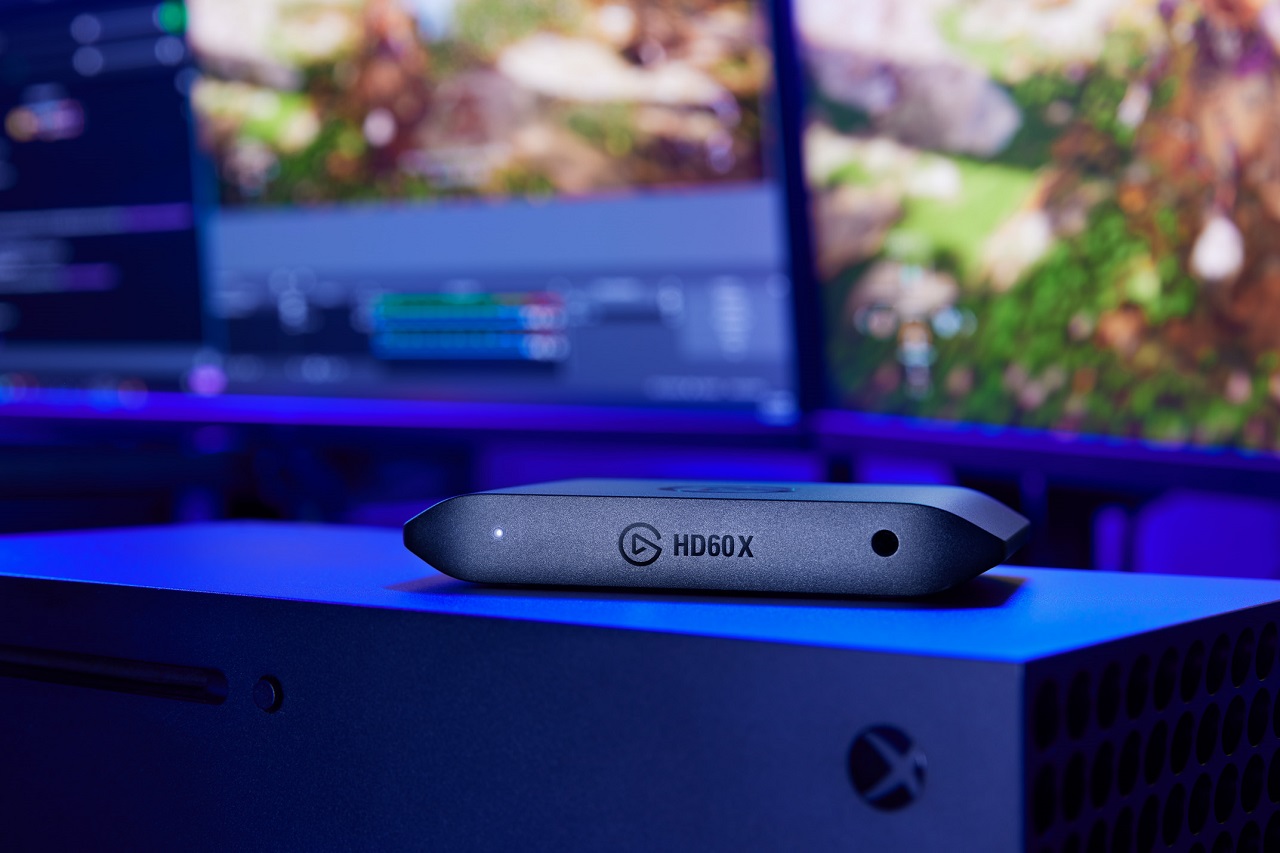 The grand sum of the Elgato HD60 X is that it’s a device for anyone that plays games and has a YouTube or streaming account. If you’re just a casual user looking for an easy way to capture footage, dropping it directly on to your PC with the Elgato is much better than messing around with the PlayStation’s in-built tools, and you’ll bypass any of the annoying watermarking and restrictions that are usually there for PlayStation-captured footage. If you’re a more advanced user  then you’ll find the ability to record in 4K, as well as the exporting and software-driven features, to be robust and help you produce better quality videos and streams. Professionals probably have higher-end capture equipment (honestly, I’m belong to the casual user camp, hate messing around with settings and technology and therefore have never looked into it), but having this as a backup in case something goes wrong with your primary equipment is a good idea. A little like how professional photographers will always have a prosumer camera in their kits too. Just in case.

I don’t have much else to say about the device. It’s quite simple in what it does. It just does it powerfully and easily, and will be one of my most used pieces of equipment for a long time to come.

If you think of a Corsair HS55 as a general-purpose,…

Maono is very much a new kid on the block.…

Merch of the week: Wall Art!