The latest in the Rune Factory series has already been released in Japan, while the west still eagerly awaits Rune Factory 5’s late March launch. The good news? There’s a new story trailer for the simulation RPG! A hero lands in a small town, and their memory is completely gone. Recruited into a group of peacekeeping rangers, a new life begins. Here’s the trailer:


Duties for the peacekeeping rangers, known as SEED, involves helping villagers, investigating rune-related mysteries, and rounding up monsters. Of course, work isn’t everything, so leisure time is important too: grow crops on the back of a dragon, head out for a fishing adventure, mine in the mountains, or participate in local festivals. I don’t know about you, but most of those so-called “leisure” activities seem like work to me! Creating bonds with villagers provides new options in combat, such as link attacks, as well as a new co-op cooking feature. There are 12 marriage candidates, each with their own unique storylines. For the first time in the series, marriage isn’t locked to the opposite gender – it is 2022, it’s about darned time!

Developed by Hakama Inc., and published by XSEED Games and Marvelous Europe, Rune Factory 5 will be released for Nintendo Switch on March 22 in North America and March 25 in Europe. It is available now in Japan.

Inspired by Japanese folklore, Ikai is a first-person psychological horror game almost ready for download: the developer and publisher have announced its set to launch at the end of March. The game is said to embody the spirit of classic psychological horror games by making the main character defenceless and incapable of attacking what is coming after them. The theme of feeling helpless will occur throughout the narrative. Here’s Ikai’s announcement trailer from a few months ago:


At a shrine, hidden in the mountains far from the village, priestess Noako is busy as usual, often sweeping. The priest, her uncle, has gone to the village in attempt to get a dangerous situation under control, as it is believed that a new demon has appeared in the underworld and is ready to burst into our world the instant it finds what it needs. Naoko tends to ignore these stories, usually with disbelief, believing they are for children. However, when she heads down the river one day, she loses consciousness and awakes in a curious state of being both almost dead and almost alive. The gods have left the shrine, and in have come monsters, ghosts, and spirits.

PlayStation Now cards are what they sound like: you buy one, you get PlayStation Now for X amount of time. They’re available all over the world… or at least, are available for now. UK retailer GAME sent out a memo stating that stores have until end of day January 19 to remove all cards from customer-facing areas and update their digital bays (whatever that is). 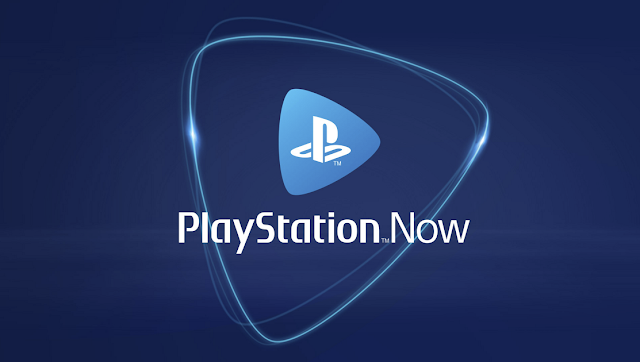 The move isn’t too surprising considering the Bloomberg report that Sony would be merging PlayStation Plus and PlayStation Now. There’s no use for PS Now cards if there’s no PS Now, is there? Someone over at Sony Interactive Entertainment explained the move to VentureBeat, saying that on a global scale they are moving from PlayStation Now gift cards to cash denominations, which can be used to purchase PlayStation Now anyway.

Persona 4 Arena Ultimax is coming towards us quickly (again, since it’s an older title), launching in two months. As anticipation builds, so does curiosity; some of those curiosity. Great, now the word curiosity is losing all meaning to me. Anyway, to satisfy some of those questions, there has been a new trailer released. Here’s the ‘Fight’ trailer:


Ultimax is just a mash-up of two words, Ultimate (as are the steaks) and Maximum (as is the tension). Persona 4 Arena, like the other Persona Arena games, takes Persona characters and pits them against enemies; in this case, an army of Shadows in the P-1 Climax. This version includes all previously-released content as well as the original Persona 4 Arena story. The voiceovers are available in both Japanese and English.

Developed by Arc System Works and Atlus, and published by Atlus (Sega for the PC version, according to Steam), Persona 4 Arena Ultimax will be released for PC via Steam, PlayStation 4, and Nintendo Switch on March 17.