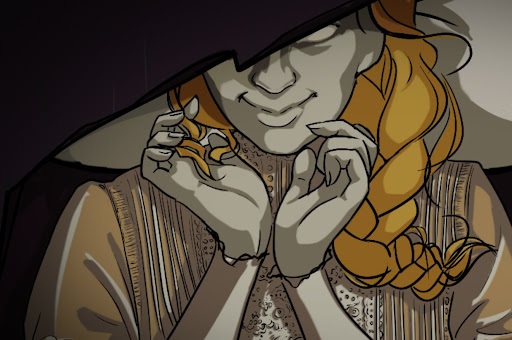 Let’s start this week’s coverage with some culture, shall we! Bobok is a visual novel adaptation of one of Fyodor Dostoyevsky’s better-known short stories. As one of the greats of literature, everyone should be familiar with Dostoyevsky’s work, and perhaps a visual novel is the most accessible way to do so for some. Especially one that is presented this nicely. Bobok won’t take you too long to work through, and is a darkly satirical bit of fun so, paired up with the art as it is, you should find this one enormously enjoyable. 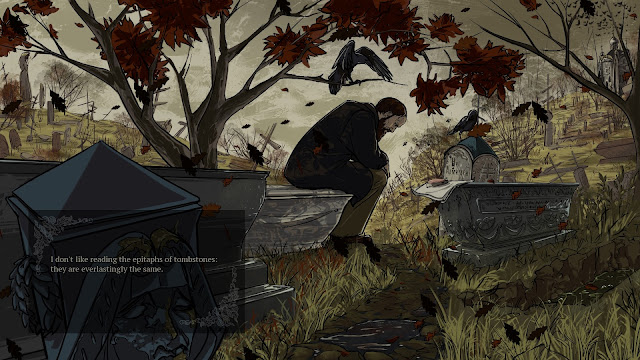 As the game’s description points out, having a glossary for terms and further information is so much more convenient than the more common footnoting method of book. There are also a couple of different languages available, and you can play the game in English, simplified Chinese and pre-revolutionary Russian if you’d like. It would seem that the developer is actively looking for support in getting more languages in there too. Anyhow, at less than an hour’s length, this game gives you ready access to one of Russian literature’s greatest.

Let’s go from an old Russian story to a new one. I doubt that Echo of Woe will be remembered in the same leagues as Bobok is, but it does look like a decent visual novel in its own right. Echo of Woe is a dark fantasy drama, with detective and horror elements. You play as a detective type that is in town to hunt down and defeat supernatural threats. That’s a well-trodden story hook, of course, but there’s no reason to think it won’t be compelling… especially with the quality of the art that we’re seeing here. Clearly, the developers have put a lot of work into it. 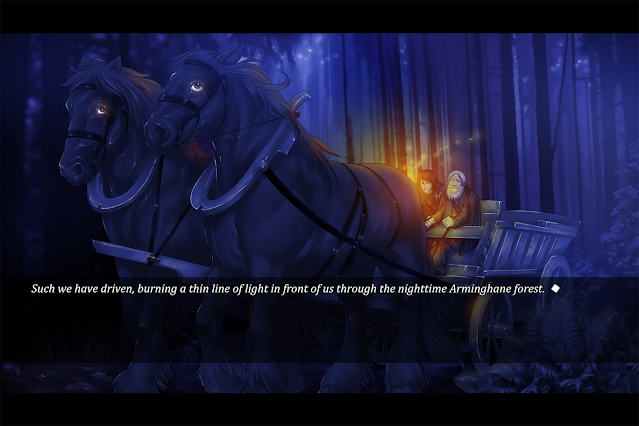 The download on itch.io right now is just a demo, but it will give you a full prologue to the protagonist’s story and prepare you for the full game once it lands. By the developer’s own admission you’re going to have to deal with some poor English translations, but they promise that that will be improved by the time the full game releases too. If nothing else, if this game catches your eye, be sure to send the developer some feedback, so they can continue to refine something that looks like it has a lot of potential.

I’ll admit that this game entry caught my eye because I and a fan of a Japanese film of the same name, but once I actually looked at It Follows, I am all kinds of intrigued. There’s absolutely no description to this minimalist, micro-horror game, but it seems like a clever little atmospheric experiment. 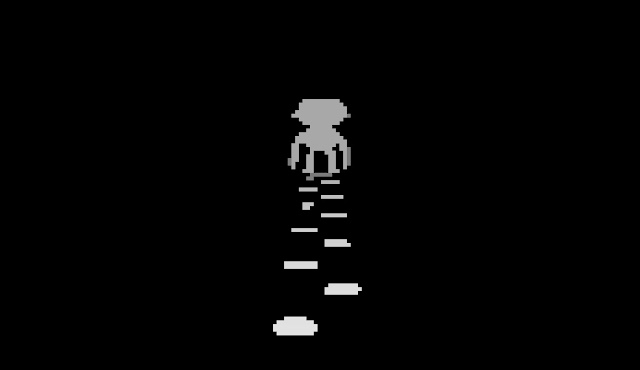 I’m sure this wasn’t intended, but the way you can look back and see your footprints in the snow makes me think of how great it would be for a horror developer to do a twisted version of that horrible Jesus poem. Then again… perhaps the developer really was aiming to do that. Anyhow, It Follows is a free little thing that, judging from the comments, has more than a healthy dose of the kind of mystery that makes for some of the very best horror.
Busty Bunny
And finally for this week, we have Busty Bunny! A new platformer for the Game Boy that’s going to get a physical edition and everything! I just love that we’re seeing such a new wave of Game Boy game releases. You can download the ROM version of this to play on your emulator consoles, or you can simply play it in the browser. You can support the developer by paying for it… but they’ve also made payment optional (but throw them $1 if you can, at least, so you’re not being a jerk about it to an indie developer).
The game itself is a lot of fun, from the short amount of time I’ve spent with it so far. It’s a platformer with both horizontal and vertical dimensions, allowing you a lot of leeway to explore as you see fit. The music is nostalgic in the best possible way, and the characters have a lot of charm to them. The controls are a little unresponsive and “sticky,” but that was par for the course with Game Boy games too. All-in-all, with 18 levels, six zones, and three boss battles, you are getting the full Game Boy experience with this one.
– Matt S.
Editor-in-Chief
Find me on Twitter: @mattsainsb

Review: Ryan North’s To Be Or Not To Be (Nintendo Switch)