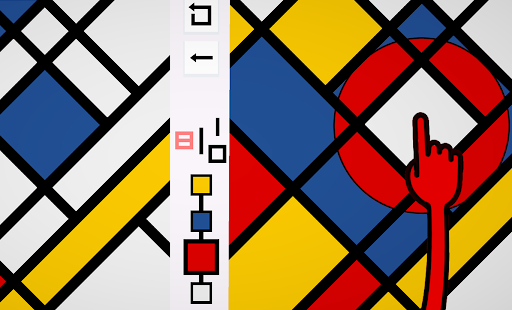 I want to start this week by highlighting what might just be the most colourful puzzle game I’ve ever seen. Please, Touch The Artwork is, as the name suggests, inspired by the world of art, but behind that  is a zen-style puzzle experience with a slick jazzy soundtrack and around 160 puzzles of colourful delight.

As the game’s description reads, those 160 levels are split up across three separate, narrative-driven games. One tells the origin story of abstract art and challenges you to add colours and lines to recreate paintings. One is the story of Boogie & Woogie – two squares that just want to be together in a rapidly growing and alienating world. The third is about moving to the big city and being overwhelmed by the experience. In that one you’ll be collecting letters to form a poem. It’s an eclectic mix, to be sure, but one that looks different, dynamic, and interesting.

Luckitown is one of those concepts that, in hindsight, seems so obvious that you’re amazed that you haven’t played a dozen examples of it yet. This is a dice game, mixed with turn-based tower defence strategy. In the game your goal is to build structures that will produce more dice, and those dice can then be used to defend your town from incoming hordes of enemies. The game looks humble (in an aesthetically appealing way), and seems fully featured, with 13 different resource types to collect, four different boss battles, and 40 different buildings or actions available to you.

You just know that this thing is going to go places, because despite landing on itch.io just four days ago, it is absolutely filled with comments from people having a great time with it. It has clearly been designed for replay value, so don’t let the “two-four hour play time” fool you into thinking you won’t get a lot of play out of this. It’s also worth mentioning that the developer, Sokpop Collective, has dozens and dozens of quirky, indie, artsy games to their name. This is very much the kind of developer that itch.io was built to support.
Conviction

We have a lot of hyper-indie JRPG and RPG projects. Thanks to the likes of RPG Maker, it has become quite easy for people that don’t necessarily have much experience with coding and creating a game from scratch to build those kinds of experiences. Tactics JRPGs are more difficult, however, so we don’t get too many of them. This is why Conviction is so interesting. It does very much come across as an “RPG Maker, but tactics” project, and I mean that in the most positive way. It looks like it’ll be a lot of fun. 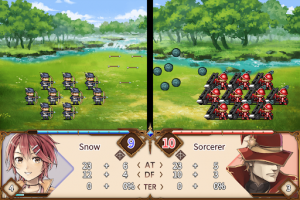 Despite being the work of a tiny team (if not a single person), the game does have all the features you’d expect; 12 main characters and 40+ classes, multiple endings, multiple battle scenarios, and a 40-hour play time. It did get a release on Steam around this time last year, but landed without making much of a splash – there are just 118 reviews, but it does have an 81 per cent positivity rating, so people do like what they’ve seen. Perhaps it’ll get a better run on Steam.
Islands of the Caliph
1001 Arabian Nights remains one of my favourite fantasy settings, and we just do not see enough of it. Genies and magic carpets, wind-swept dunes of sand and oasises. And harems, of course. It’s magic-and-adventure gold, but the aesthetic and setting puts off a lot of people (I don’t think I need to say what kind of people), and so it’s hard to commercialise. Anyhow, Islands of Caliph looks like a pretty darned good effort at applying the fantasy to a retro-style first-person dungeon crawl.
The game is under active development by a one-person studio, so for now there’s nothing you can actually download and play. This is a placeholder page on itch. The developer hopes to have a playable version in the coming months, and a broader “this game is finished” goal of a year or two down the track. Bookmark and watch this one, because my Spidey-sense is telling me it has legs.
– Matt S.
Editor-in-Chief
Find me on Twitter: @mattsainsb