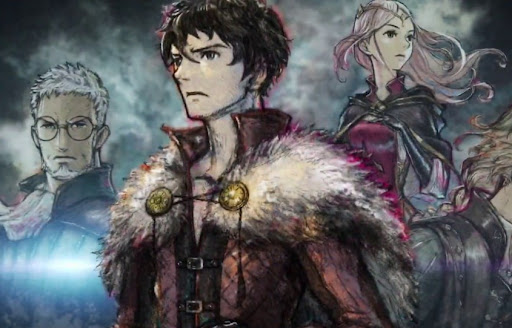 Article by Harvard L.
So 2021 was a really great year for games. But what about 2022? How’s that shaping up? Yep, that’s right. We’ve turned our eyes forward and are now puzzling through what to expect from the year ahead.
Over this week, the DDNet team will share our thoughts about what our five favourite games of 2021 were, and what we are most looking forward to in the year ahead. First up is contributor and regular feature writer for the Dee Dee Zine, Harvard!

In the early half of 2021, Monster Hunter Rise was singularly responsible for reinvigorating my social life. After the amount of time we’d spent indoors in 2020, it was great to have a game that we could share with friends over a long period of time. The grindy gameplay, focus on cosmetics and overall accessible design meant that Monster Hunter Rise was far more welcoming to new players just getting into the series. Good times were had in voice chat, chasing after monsters while riding Palamutes and eating dango. And let’s not forget how fun it was to Wirebug everywhere, too. 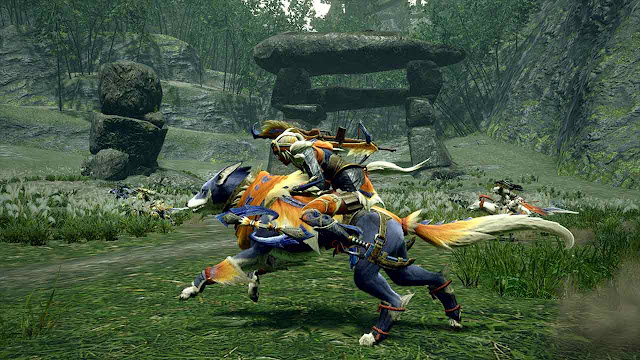 What I love about the independent games scene is that people are able to pursue passion projects with a level of polish that can only be described as a labour of love. That’s exactly how I would describe Olija – a game that modernises the rotoscoped-cinematic-platformer of the Another World tradition; but while the classics in this genre were unfairly difficult, Olija feels modernised to appeal to the modern player. The design choices in Olija deliver a perfectly mysterious atmosphere, marred with careful tension. In a year where platformers felt increasingly saturated by the Metroidvania trend, Olija stood out as something different and wonderful. 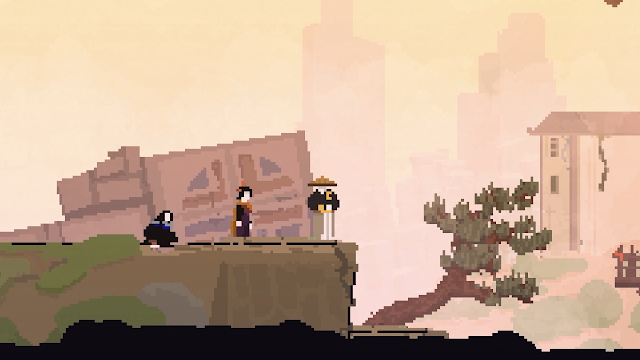 But independent games can also succeed by delivering something tried, true and formulaic in the best way. Death’s Door doesn’t reinvent anything – it’s Zelda-like exploration and combat, with a melee-ranged combat dynamic similar to Hyper Light Drifter – but where it stands out is the sheer degree of polish. This is a game where every single enemy encounter feels carefully planned to be approachable from multiple angles – it never feels cheap or protracted, each moment is a meaningful challenge that lasts exactly as long as it should. 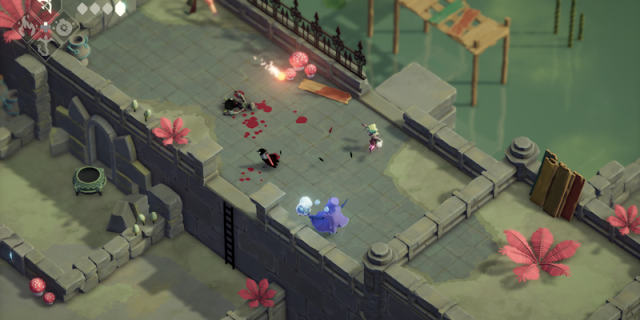 I took a big risk in 2021 – I quit a job that I, despite having a burning passion for it, could not sustainably keep up anymore. In the wake of this life experience, Studio Fizbin’s Say No More! was pure catharsis. To be frank, it’s not a good game – the mechanics are threadbare, the plot is nonsensical, and honestly, it’s just a single joke stretched out for a few hours. But the sheer spectacle of it – the audacity to say no to a corporate overlord so powerfully that they get knocked flying backwards – is too good to pass up. If anything, it reminds me of the Japanese arcade game where you need to flip a table to achieve maximum societal disruption. Yes, it’s frivolous and kind of a waste of money. No, it’s not meaningfully challenging. But when else are you going to be able to play a game where your resounding shout of “no” razes an exploitative office environment to the ground? 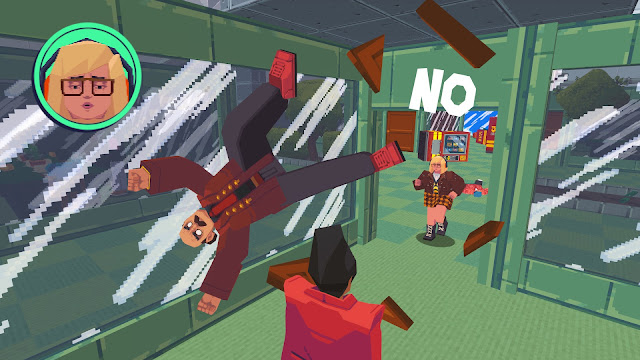 Pivoting from a game that was very fun and very dumb, to a game that was not very fun, but extremely smart – Deconstructeam’s Essays on Empathy compiles nine of their previous Game Jam efforts and an additional tenth game made specifically for the collection. Each one is an exploration of how simple mechanics can be used for powerful narratives purposes – I had to step back and reflect each time, in awe of just how elegantly the developers have crystallised honest human experiences into fascinating experiments of game design. 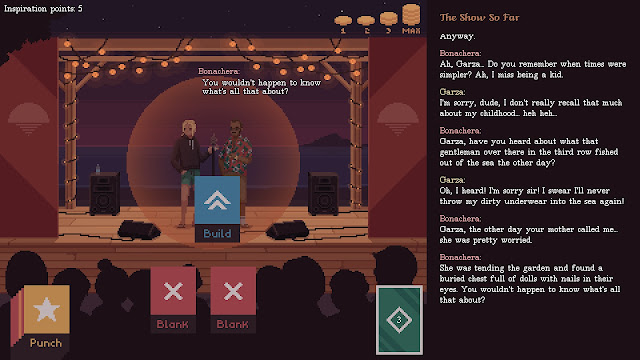 I have a love-hate relationship with the riskier attitude Game Freak seem to be taking with the mainline Pokémon games as of late. I had to swallow a lot of nostalgia as of late, but overall I liked the experimentation with more open-world design strategies in Sword and Shield, so I’m cautiously optimistic about Legends Arceus and its completely new take on the Pokémon adventure. I’ll probably end up buying it anyway to spite the inevitable backlash it’s going to get from the fans with overly high expectations. Whether it’ll stand out as the right direction for what has otherwise been a rather conservatively designed series though – only time will tell. 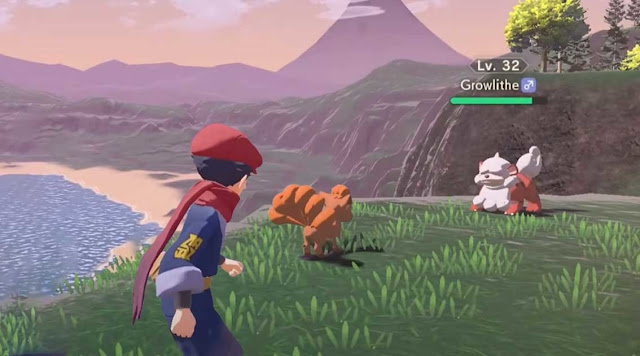 Square Enix blew us all away with Octopath Traveller in 2018, showing players that they still do care about old-school turn-based RPG storytelling, even as their main developers hack away at bigger spectacles for the Final Fantasy series. Triangle Strategy seems to be following in the same footsteps as Octopath Traveller, using the same art style and even having the same “Project” working title, but this time it seems like the studio is taking aim at Final Fantasy Tactics. The more complex battle system might just be what genre fans have been waiting for. 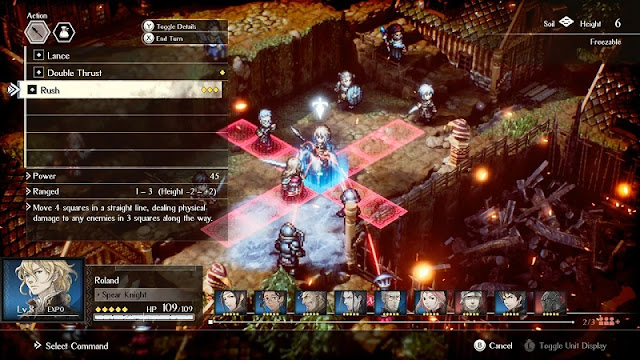 I’m a sucker for old games given new life, and Nintendo’s Advance Wars series is more worthy than most. We haven’t seen the series since 2009’s gritty reboot Days of Ruin, so it’s a joy to see the series go back to its colourful heyday with a remake of the GBA titles (the best ones!). These are simple yet deep turn-based strategy games with an economic management system that see players creating units and aiming to take control over a large playing field. The addition of online play and hopefully some careful balancing will likely make this one of my most played titles of 2022. 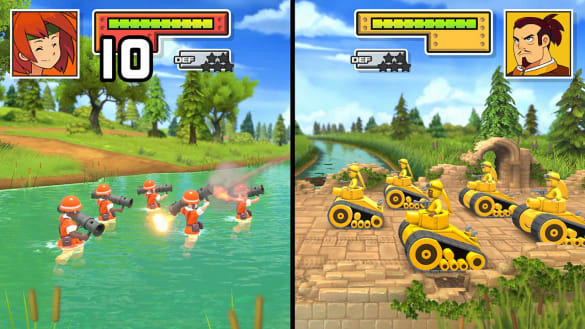 The Dark Pictures: The Devil In Me

Supermassive Games’ The Dark Pictures anthology has consistently given us 7/10 horror experiences with an eye for the tense and surprising. And I mean 7/10 in the best possible way – these aren’t horror games designed with grandeur or ambition in mind; they’re the kind of goofy, tropey horror that is most fun when shared with friends. I love how each game is designed to be self-contained and completed in a single session, only a little longer than a feature-length film. It’s perfect for enjoying on a dark night with good company, and doesn’t suffer from the same pacing and tone issues that cause longer horror games to stagnate. Each game also takes on a different horror theme – Man of Medan had cruise ships, Little Hope was witchcraft, House of Ashes had ancient curses and The Devil in Me seems to take cues from psychological horror classics like Saw or Silence of the Lambs. This anthology has shaped up to be a great Halloween tradition, and I’m excited to see it continue. 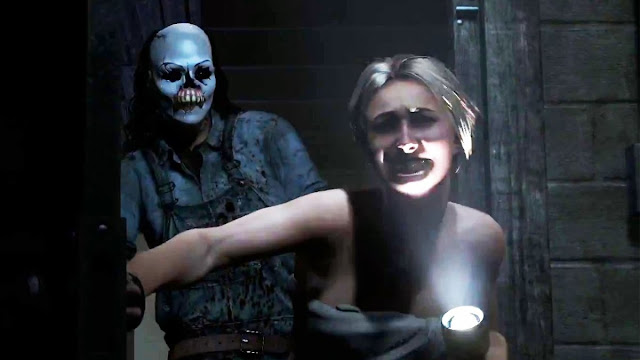 In visual novel news, 2022 also brings us the next entry in the Science Adventure series by Mages (previously 5pb), the semi-colon laden series most famous for Steins;Gate. This developer has always been adept at balancing hard-hitting science-fiction themes with surprisingly nuanced takes on interpersonal relationships, with themes such as childhood nostalgia, aspirations of grandeur and altruistic love, paired with the standard tropes of apocalyptic stakes and butterfly-effect consequences. Mages can consistently get the blood pumping with just words and pictures – these are some of the most thrilling games in the genre – so I’m excited to go on another twisted journey with Anonymous;Code. 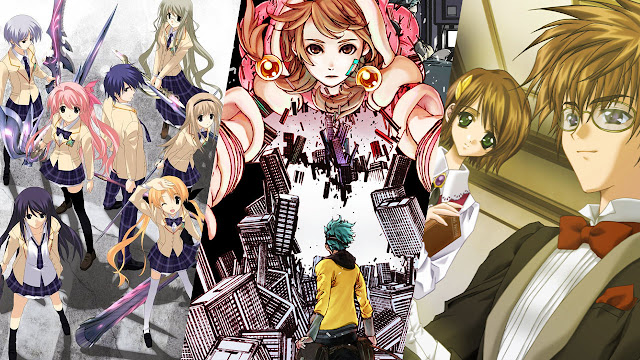