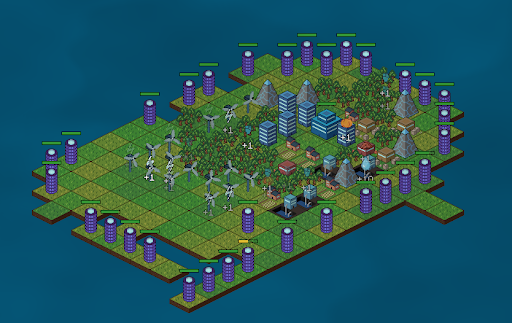 We’ll start the last itch.io summary for the year with what looks like an absolutely fascinating game, especially given the global social climate right now. Cursed Kingdom is a game about a pestilence that has broken out, and your job is to try and protect people and stop them from dying via a combination of isolation and healthcare. Sound familiar? 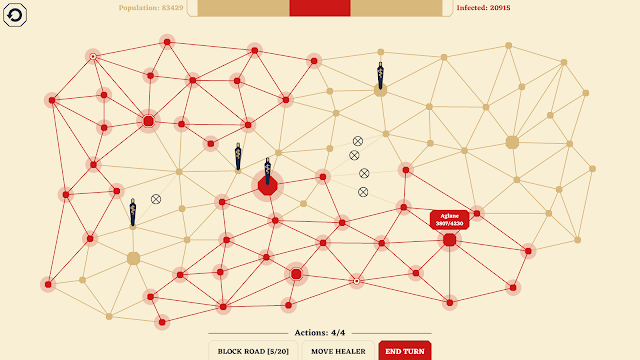 This takes the form of a highly abstracted wireframe game, where you’ve got to send troops to block roads and prevent the plague from spreading, while also deploying a precious few healers strategically to stem the flow of disease in those areas where border closures won’t work. I love these highly abstracted board games, and Cursed Kingdoms looks like a simple, but challenging delight.

BafWorld also looks like a simple little game that could be really challenging. In Bafworld, you need to build up a city on a little island, protect it from invading pirates, and rescue cats(?). In other words, it looks like it’s part Sim City, part strategy game, and all indie heart and soul.

I really love the aesthetics of Bafworld, with its low-fi blocky sprites and Sim City 2000-era environments. The developer does seem like they (I assume it’s a solo effort) has modest ambitions for the game. The itch.io store is all of four lines of description and there’s only a vague sense of the game being built into something full-featured and released on other platforms (including Steam). But what’s there is fully playable, and it does look robust in its current form. One that strategy fans may well get a good bite out of.
No Crossroads

We have even more strategy to share this week! Seems like Christmas time is the time to release indie strategy games. No Crossroads looks like a hyper-indie take on Advance Wars, and that’s a great thing indeed. As the description goes: “No Crossroads is a turn-based strategy game focused on resource management and small-scale turn-based combat. You are tasked with establishing a new colony on a hostile island where resources are limited and the enemies are at your doorstep. Explore the island, protect and expand your territory, and level up your heroes.” 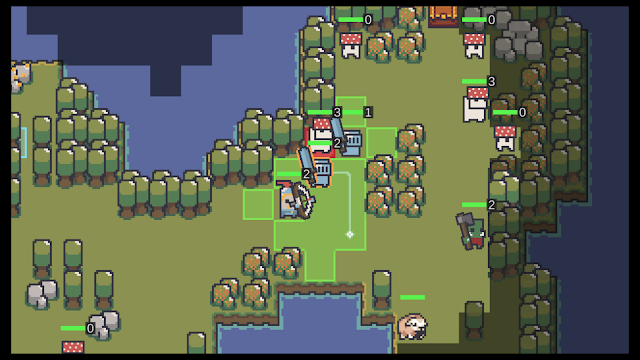 The game needs a bit of work on its interface, which looks very placeholder, though the little character sprites and environments looks charmingly minimalist and complete. The fact you can even play this in your browser is a nice touch, though it’s also downloadable with a “name your own price” price tag if you want to support the developers. With a bit of ongoing work and support, No Crossroads could be something genuinely good.
Kharis
Finally for this week; an erotic game with a lofty premise! Kharis bills itself as a “literary erotica story”, and is a Twine-made game with no visuals and an entirely linear narrative. It’s a book, basically. Just a book that you enjoy as you would a game. If it can be like a marginally more interactive Anäis Nin story, then that’s going to be well worth your $5. Of course, it could also be utterly terrible. A lot of erotica is. The genre is pretty famous for terrible writing. But it’s certainly worth persevering for the bad, because the good can be so exquisite. 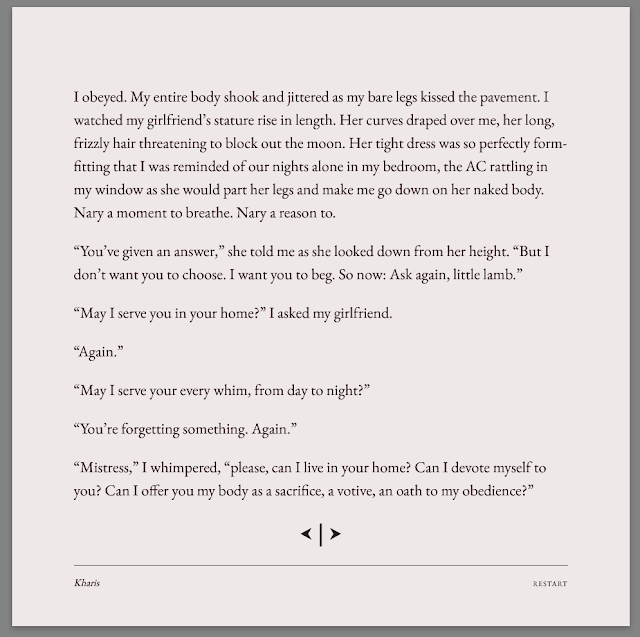 Now with that said this game/book/story/thing does seem like it goes some extreme places. The full list of content warnings include some pretty heavy spoilers, and I’ve spoiled the game on myself so you don’t have to, but… yeah. It goes places. But then, that’s also okay, and even good. Extreme art that takes you right out of your comfort zone is a valuable part of the arts, and well worth supporting. So, if you do like your erotica with a heavy dose of the extreme, be sure to bookmark this particular title.
– Matt S.
Editor-in-Chief
Find me on Twitter: @mattsainsb

Looking forward, (not) looking back: Trent’s five for 2022