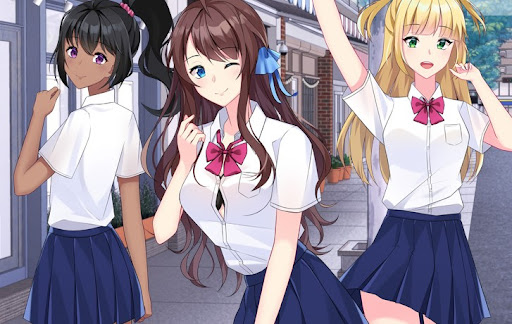 Who knows how much longer this thing’s going to stay up? I  can only assume that Capcom hasn’t caught a whiff of it yet, but then again it has been out since March (updated in this past week, hence the new itch.io listing), so there is the outside chance that for whatever reason they’re tolerating its existence. Either way, if the idea of an otome visual novel that tells the story of Resident Evil 4 from Ashley’s perspective appeals to you, grab this game now. 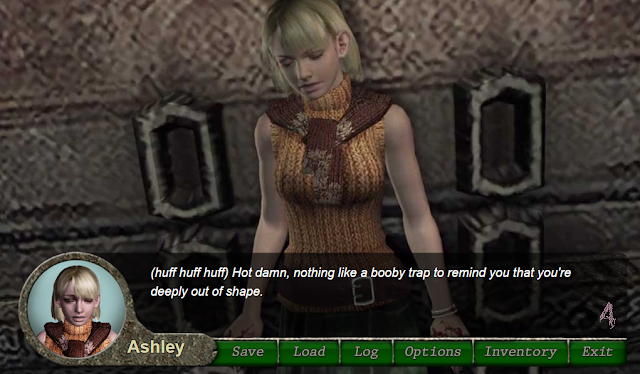 It will take you from five to eight hours to play through, according to the description (that’s rather chunky by itch.io visual novel standards), and through this game, you’ll get to “discover what happened to Ashley in the scenes you never saw, from her initial kidnapping, her imprisonment on a wall, Salazar’s ritual, and more!” You’ll also get to build a relationship with a “host of eligible bachelors”, including Leon, Luis, and the Merchant. Okay, then!
Mothered
A “role-playing horror game,” though I don’t think this is an RPG in the way we might be thinking, Mothered nonetheless looks both intense and interesting. You play as Liana, a young girl who has just undergone major surgery and has arrived home to stay with her mother… only to find a “strange mannequin who wants nothing more than for things to go back to the way they were.” 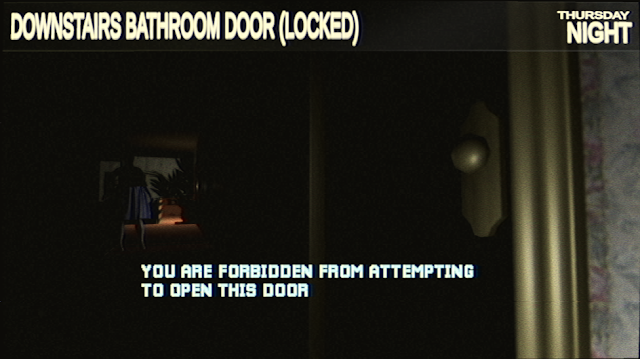 Set over the course of seven days, Mothered features a full day-night cycle, and some pretty shocking content warnings (sickness, abuse and death). You’ve got to assume that they’re trying to latch on to the same SEO juice behind the Remothered series – which is unrelated but has built up a substantial fan base – however, this developer has created a couple of games of their own at this point, and it does seem like they’re generally well-received.

Duck Tales Webby To The Rescue

This is another game that may or may not be up for very long, but Duck Tales was (and is) great, so I’m most definitely up for fan-takes on that classic platforming action. With Webby To The Rescue, the team has decided to build a ZX Spectrum 48X game, with all the gorgeous retro art that entails, and puts you in control of the ever-lovable Webby, as she sets on a journey to rescue Uncle Scrooge and the nephews. 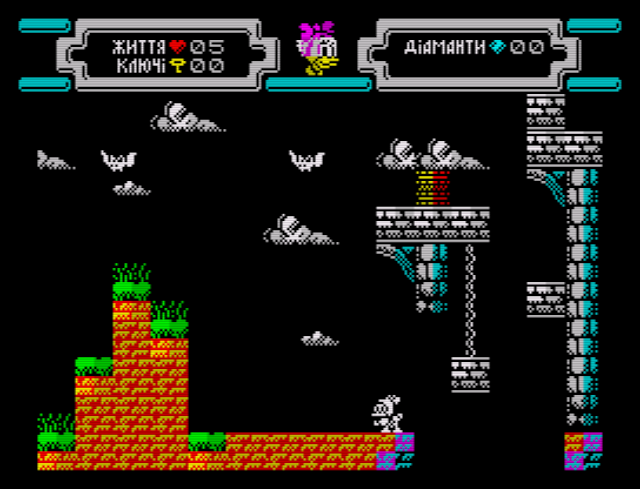 The game promises to be a very traditional 2D platformer, with a castle full of quirky, Duck Tales-style enemies to make your way past. Just looking at the screenshots it looks like there will be a nice dose of challenge involved too, which is important for anything related to Duck Tales. I just wonder why the developers didn’t come up with something of their own here. They’ve put all that effort into a game that they’ll never be able to commercialise, whereas if they made something in homage to Duck Tales, but their own property, we could also be playing this on consoles… As impressed as I am with fan games, there are times that I can’t help but think the developer does themselves no favours by doing this.

The developer of Dating Sim! decided to remake a visual novel that they produced on Flash back in 2008 (with Flash now being formally ended), and that’s why we have Dating Sim! Re:Mastered. In addition to preserving the narrative of that original game, the new remaster has updated visuals, characters, and is generally the improvement that you would expect, 12 years down the track. 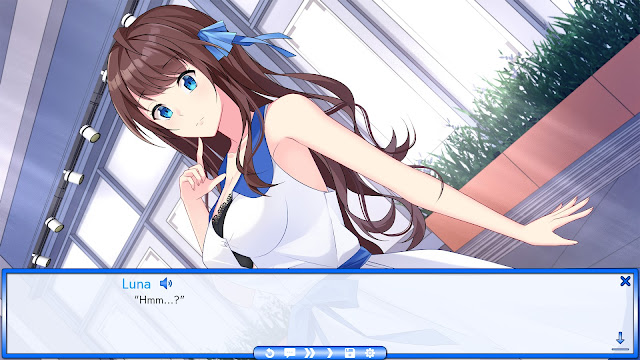 The developer leans into it all, too, with a story about crawling into bed, waking up 12 years later (2008 to 2020, see), and yet still being in college, with the exact same problems, and chasing after the exact same girls. My favourite is Luna, whose bio reads: “Luna is considered a pervert because she’s always talking about things like cybersex, but this makes her more approachable when it comes to romantic advances.” This is a “short but sully comedic VN,” so it should be good for a laugh or ten. The art is lovely, too.

November 2021 Podcast: Nintendo 64, Pokémon, and a whole pile of games