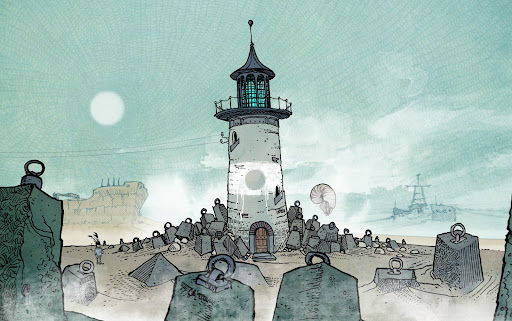 I want to say first up that some of the games in this week’s wrap seem pretty dark, and that’s not really fitting with the vibe of the season, what with Christmas coming up and all. So I want to start this week off with a very seasonal game – an advent calendar of spot-the-difference puzzles! 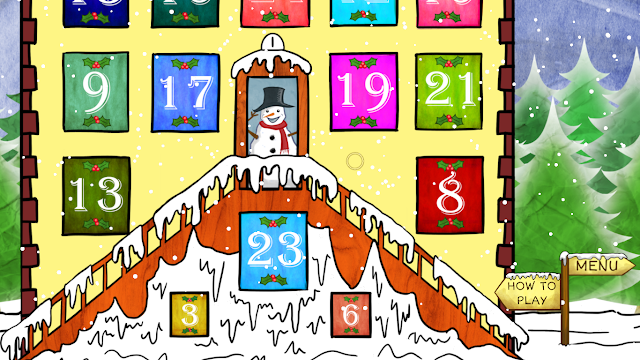 I’ve always loved the advent calendar and the count down to Christmas. We do one on DDNet each year, after all! The idea of Happy Holidays Calendar is that each day you’ll pop open one window of the seasonal-themed house, solve the puzzle, and then get on with your day. Each artwork is themed, with hand-drawn art featuring snowmen, trees, snow and carolers, and there’s a chill soundtrack and no time limits to play. It’s meant to be relaxing and even enjoyed by the whole family as the 24 days ticks down. It’s as simple as simple comes, and only really designed for this season, but it’ll get you in the mood, for sure.
Slice of Sea
This game is absolutely gorgeous, with a beautiful and unique aesthetic and art direction. That’s the first thing that you’ll notice about Slice of Sea, but as you dig deeper you’ll come to realise that this has the potential to be a game that really grows in stature and prominence over time. It’s an adventure/puzzle game in which you do the usual – collect items, solve puzzles, and make progress from screen to screen – but the developer’s stated goal is to be a constant joy to simply look at, and it certainly seems to achieve that.
In Slice of Sea you play as Seaweed, a creature that desperately wants to get back to the ocean after being trapped in a desolate world of dust. The art is drawn by hand, the puzzles seem to hit that perfect balance between challenging and rewarding, and this is a game that in every way calls back to the heyday of the point-and-click adventure. It was released a little earlier this month on Steam, and while nowhere near enough people have played it, those that have are overwhelmingly positive on the experience.

What if Tron was horror? That’s my impression of what Nott Longa is offering, and obviously, that’s something I’m pretty keen on experiencing. After all. Horror is good. Tron is good. Putting the two together should work a treat. In Nott Longa you play as a character that has discovered an abandoned game room and somehow gets sucked into an arcade machine, where time has lost all meaning and the sun no longer rises.

What is available on itch.io currently is the opening chapter of what is meant to be a story-driven graphic adventure that “mixes retronostalgia and Italian ancient folklore.” That means you’re getting ancient rites, languages and beliefs to go with aliens, space ships and sci-fi, and all that is wrapped up in an incredibly dark 1-bit aesthetic. This game could well become something majestic. Dark, but majestic.

To round out this week we’ve got another game that features my favourite aesthetic (i.e. the Game Boy aesthetic). Unstable isn’t actually a Game Boy game though. It’s actually designed to play on the same Creepypasta tradition as that haunted Zelda game story from years ago. I.e. it takes on the concept of a “lost cartridge with frightening bugs in it” and runs with it. 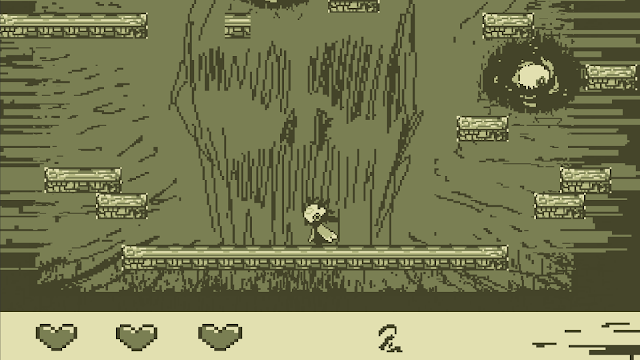 Unstable was developed as a game jam project (the “Lost Cartridge Jam 2021“, which might just be my favourite concept for a game jam ever). It’s not a commercial project, and it can be played in your browser (though you can also download a copy). It just seems like a whole lot of fun that will last you for a few minutes of creepy weirdness. Give it a go!