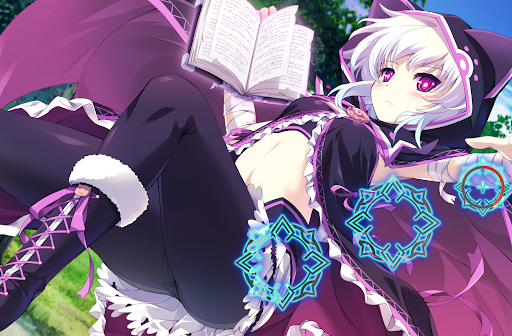 You’re going to see a very visual novel-themed line-up of games this week, as there have been a lot of them dropped on itch in one go for some reason. First up, we have yaoi VN, Glass Hearts. For those that don’t know what yaoi (boys love) is, it’s a genre with super-hot boys all hooking up with one another. Glass Hearts takes plays in a psychiatric hospital, offers a thriller narrative to go with the romance elements, and has a stunning art aesthetic that yaoi fans are certain to love. 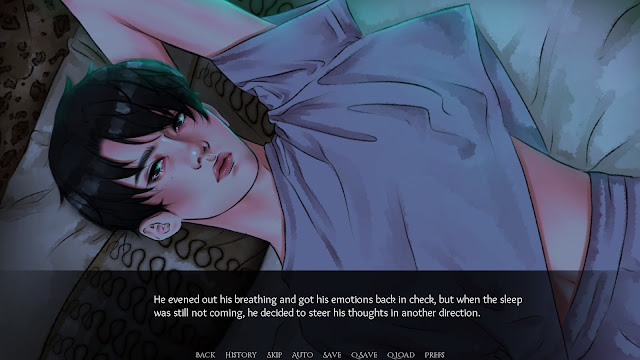 This game features “dozens” of choices to make along the way, promising a complex narrative web that will result in at least seven main routes and a bonus “mystery” route. There are also 100,000+ words in the game, and three romanceable characters, so you’ll be able to pick your favourite boy from the harem. The game’s a little pricy by itch.io standards, perhaps (though with the quality of the art work it’s clear that more than enough work went into the game to justify its price), but there is a demo to try before you buy into it.
Max’s Big Bust – A Captain Nekorai Tale
From pretty boys to pretty girls, Max’s Big Bust will be known to long-term readers of DDNet well enough – we have reviewed games in this series on DDNet in the past. It would seem that the developer is aiming to get a bit of incremental revenue out of itch.io, though, so they’ve re-released the game on this platform for the first time.
Max’s Big Bust is very fanservicey, and blends that with very Australian humour and writing to give us an experience that is truly like no other. It’s a massive project, clocking in at over 275,000 words, and 12-15 hours of gameplay, along with five love interests, crime scene investigation sections that add a point-and-click element to the game… and even a virtual pet raising mini-game! Max’s Big Bust, with its unashamedly fanservicey theme, plucky indie aesthetics, and plenty of heart and passion from the artist behind the game.

Voices From The Sea

This is another game that has been kicking around for a while – the release on Steam was as far back as 2014, but now, thanks to Kickstarter, there’s a free version. You can still pay a “premium” to access full voice acting, a character, image, and music gallery, and bonus wallpapers, but if you’re just interested in a story that, while niche, has been rather loved (based on the positive Steam reviews over the years), then now’s your chance to jump on it.
<
Voices From The Sea is a “cute relaxing story,” that promises a blend of slice of life, comedy and supernatural genres. You play as a young boy, Cantus, who meets Maris, a mysterious girl that lives by the sea, in an experience that will “change him forever,” according to the game’s description. You need to collect seashells and earn side stories, but the general thrust of the game is that you’re there to enjoy a laid-back and casual little experience.

Re;Lord: The Witch of Cologne and Black Cat

It’s not quite a visual novel to finish this week, but “strip battle RPG” caught my attention and I couldn’t look away. It’s a Sekai Project game (and therefore there is an R18 patch if you go looking for it), and is as the description says – it’s a point and click action RPG all about pointing the mouse pointer at cute girls and… blasting their clothes away. Buried under the fan service there seems to be an interesting-looking little mapping system, and plenty of narrative, lore, and character interactions to give the sex stuff some kind of context. 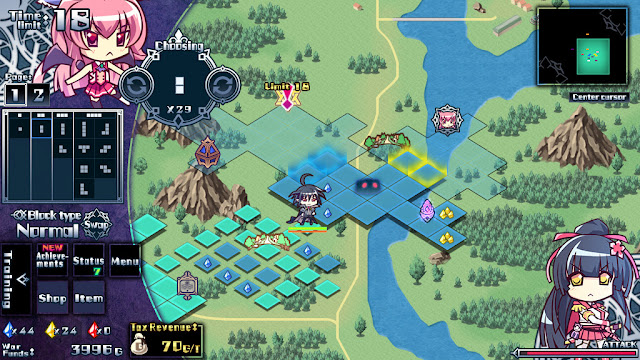 As it is a Sekai Project game, there is a higher level of production values than the more indie stuff. The character art is lovely, and there’s full Japanese voice acting to enhance the performances and characterisation of each. There’s even a full achievements system, so you can prove that you’re the best in the world at the stripping gig.