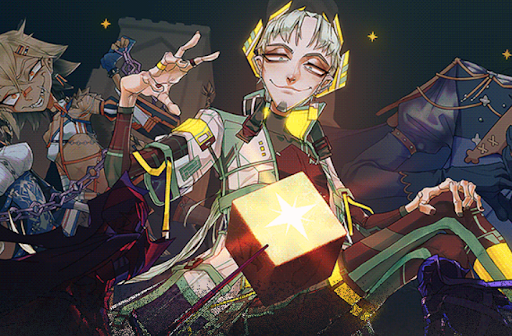 This itch.io release is only a “combat demo”, but already I can tell that Disc Gambit is going to be a really intriguing game. It’s a turn-based tactics thing in which you roll dice and allocate the results to your characters to command them to fight, move about, and use abilities. We’ve had similar kinds of things within a card game context before, but the additional randomness from the dice rolling could produce some fascinating results. Especially when you start combining dice for extra powerful effects – the strategic options are potentially infinite.
The game also has a gorgeous and distinctive aesthetic that was inspired by southern Europe, and all of this is all the more impressive when you consider that this demo has been made by three people working part-time for about a year now. Their broader goal is to be able to take this full time, and their ambition for the project includes a non-linear campaign with plenty of settings and characters to follow. So download this and give it a go and, if you find it impressive, consider throwing the developers a couple of dollars so they can push on and perhaps realise the full vision of the game.
Ronin-Hood Sisters
It must be the week for turn-based tactics games, as Ronin-Hood Sisters follows on from Dice Gambit, but has a very different take on the genre. Ronin-Hood Sisters is a rogue-like tactics JRPG with magical girls! In school uniforms! Bring this to the Nintendo Switch, STAT!
In the game, you’ll need to combine the four basic elements (earth, water, fire and wind) to create new elements in the environment. Furthermore, you’ll need to find and power up a wide range of different costumes for the girls, as each costume gives the girl a different element and new unique abilities. These costumes can be further customised for additional depth. Finally, the environment itself is fully destructible, and by smashing your way through the city, you’ll be able to find new paths and hidden treasures. All while commanding cute magical girls. What a wonderful concept.

I Became Gay From Translating My New Roomate’s Short Story

I like when a game tells you everything that you need to know about it from the title. I also like when the first line of the description is something like “a mediocre translator burned out by capitalism.” I’m pretty sure I know the person this game is based on (note: that’s a joke I have no idea if this game is based on anyone, but it’s certainly relatable).
But anyway, I Became Gay… is a yuri visual novel about two people from the… great… city of Chicago. According to the game’s description, it is “the first major project by the Prof. Lily visual novel collective, who aim to tell stories that face our harsh subcultural reality head-on.” In other words I don’t expect that this game will have much chill to it, but it could be profound and provocative, and that would be good too. It’s a decent-length VN, with around 50,000 words, and “sex” is a bullet point, so yay to that.

The other three games this week have all been gorgeous in one way or another, so I needed something singularly ugly to balance things out. Land Battles Tactical is going to seem very, very ugly to most people, but to grognards like myself, this brings us right back to the old Matrix Software games and Harpoon Classic! Remember Harpoon Classic? Probably not. But I have fond memories of getting right into this stuff. 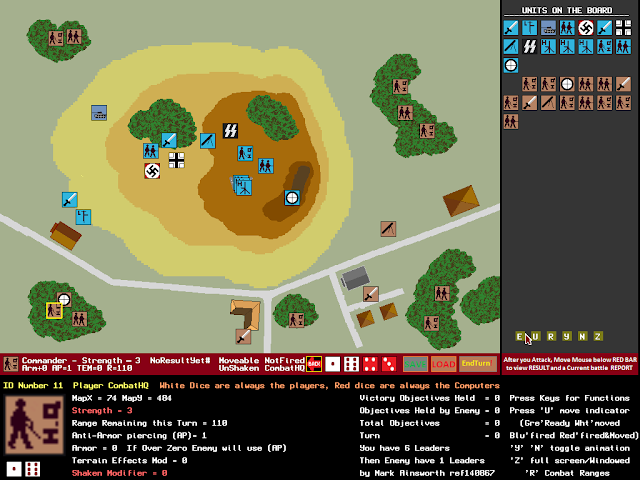 So anyway, Land Battles Tactical is a hardcore turn-based WW2-themed strategy game with little chits that you command around against what we’ve been promised is some “cracking AI.” If you don’t know what a “chit” is, then much like if you don’t know what a “Harpoon Classic” is, this game really isn’t for you. Probably. The game comes with an easy-to-use editor, terrain effects, walls and line-of-sight mechanics. It’s totally free and will still only likely be downloaded two or three times, but

Microsoft’s done a great job with backwards compatability, but we still need “piracy”