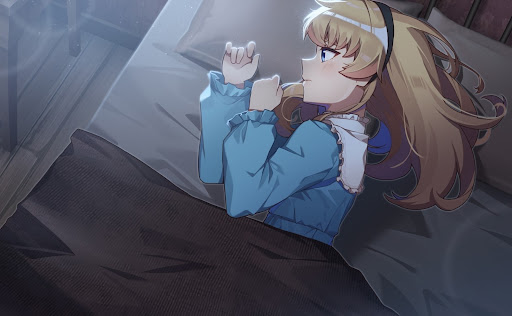 This game looks absolutely beautiful. It’s one of the more pricey games on itch.io, coming in at around $Aus20, but when it looks like it is of this standard, then it’s probably worth the investment. Though I haven’t played this specific game (yet), the developer is also one of the most prolific visual novel developers out there, and with the likes of Sweetest Monster, A Winter’s Daydream, Strawberry Vinegar, AIdol, and others as credits to their name, they do know their stuff with this genre and have the track record to suggest that this one is probably worth the price of admission too. 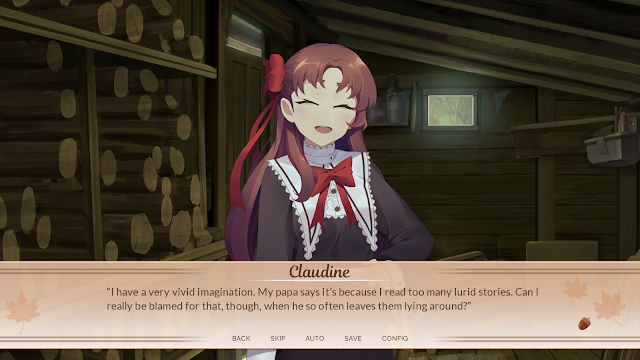 This game is about a cross-dressing protagonist and four girls to fall in love with, and the developer really has gone all-out to give this adventure a distinctive flair and detailed background. It has 200,000 words of text (making it a substantial VN of around 12 hours in length), with unique routes for all the characters, as well as some really gorgeous character artwork and renders of the French countryside.
Toziuha Night
Like Castlevania? Like Metroid? Imagine putting them together. That’s a concept never thought of before… okay I’m being sarcastic here, but what Toziuha Night may lack in originality, it certainly seems to make up for with passion and commitment to the genre, and the protagonist has nice legs and a rather eye-opening corset for added points.
This game is very specifically aiming to be a traditional homage to the era of 32-bit consoles (Symphony of the Night, in other words). However, it has one absolutely fascinating feature that I would love to see in action – from the game’s description “Any player will be able to design their own map, and other players will be able to download it and play”. Now, I don’t know about you, but if the developer really can pull of Castlevania Maker, I think this game might just turn a lot of heads on release. For now, the game is just in development, but you’ll be able to support the developer for what you think the project is worth and keep an eye on its ongoing development.

Gates of the Ancient

I do love seeing developers deliberately limit themselves to test themselves. Imagine giving yourself the challenge of trying to create a fast-paced, fluid 3D space action game using the limitations of the… Commodore 64? The computer that used the big floppy discs. The computer that used tape! That’s what this developer has done with Gates of the Ancient – a full, 3D, polygonal exploration space game.

You’ll be fighting pirates, aliens, and ancient robots while zipping around the universe using wormhole technology. You’ll be able to upgrade your ship and make use of ancient artifacts. It even has roguelike elements, just to make each playthrough fresh. This is an enormously ambitious project by the developer and… they’re giving it away for free. Miku bless itch.io and this developer (though please do consider throwing them a few dollars as thanks for doing this).

Ever want to wake up on a Saturday or Sunday morning and just relax, having survived another week of work? Well, tough luck, since you’re going to have to take the dog for a walk, buy coffee filters, file tax returns, and return the books (you probably never read) to the library. Such is the misery that Adulting! presents – reminding us all that you never get to be carefree anymore. Ever. 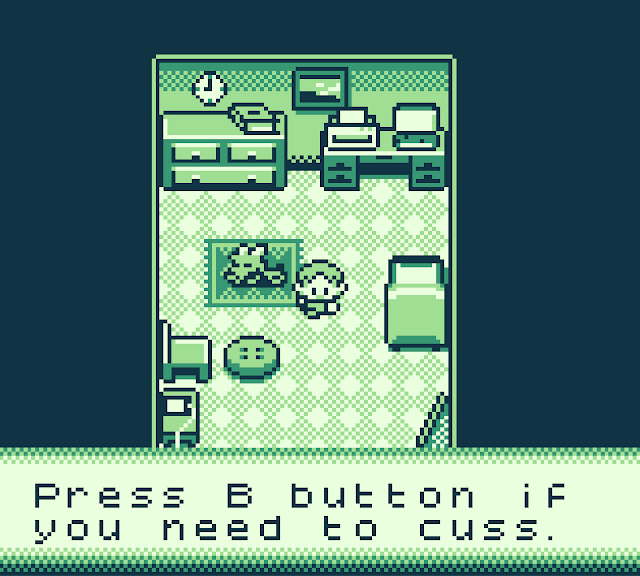 This little Game Boy project was produced in GB Studio for the GB Compo 2021. It’s still a work in progress, but it’s a basic “follow the breadcrumb” game, with this particular chain of breadcrumbs being so frustrating (and relatable) that you want to make use of the dedicated cursing button. More games need a dedicated cursing button. It’s totally free to play (and again please support the developers if you can), and you can even load it up on your emulator console of choice if you’d like to play it properly old school.