SaGa Collection will be launched for PC, mobile devices

As Final Fantasy Pixel Remaster titles slowly come to PC via Steam and mobile devices, it’s time for SaGa to take the spotlight for a bit. Collection of SaGa Final Fantasy Legend is now set to come to those devices as well, and the developer promises celebratory awards and bonuses for SaGa Re;univerSe players. Here is the announcement trailer:

<
This collection includes three titles: The Final Fantasy Legend, The Final Fantasy Legend II, The Final Fantasy III. The SaGa series is a classic when it comes to the RPG genre; it originally launched for Game Boy in 1990. This collection is a “faithful recreation,” so don’t worry, there’s no 1990 graphics in sight. Players can journey through fantastical worlds, fight monsters, explore towns, and battle in dungeons. New features versus the original games include a character speed boost, adjustable screen magnification, commemorative music and illustrations, 4K mode (for PC only), and easy one-handed play (for mobile devices only). There is also a special anniversary song and eight in-game wallpapers. Text is available in Japanese and English.

Developed and published by Square Enix, Collection of SaGa Final Fantasy Legend originally launched for Nintendo Switch last year (our review here) to celebrate the series’ 30th anniversary. It will launch for iOS/Android on September 22 and PC via Steam on October 21. SaGa Re;univerSe players can now access the first three SaGa soundtracks in the concert hall, as well as earn up to 2,000 jewels by completing missions and collecting login rewards.

Moonglow Bay will launch in October

Moonglow Bay is something I’m really excited for. I know I’ve said that often lately, but there are an awful lot of great titles being announced and soon to be launched. It’s an exciting time for games! Moonglow Bay is a slice-of-life fishing RPG set in Eastern Canada – that alone is enough for me to take note, but wait, there’s more! First, a release date trailer:


Not only is the game set in Canada, it’s set during the 1980s. It features a diverse, emotionally-charged story combined with relaxing fishing. The player takes on the roll of a newbie angler, struggling to keep the business afloat (which was their partner’s final wish). Catch the catch of the day, sell recipes, update the shop/gear/boat, rinse and repeat, and success should follow. The story is split into several distinct arcs. Players can play alone, or have someone drop in with local co-op. Local co-op is rare these days, so it’s a bit of a big thing!

Developed by Bunnyhug (aw!) and published by Coatsink, Moonglow Bay will be released for PC via Steam/Epic, Xbox Series, and Xbox One on October 7.

Here’s a new English trailer for The Good Life

We’ve seen glimpses of Swery’s upcoming title, The Good Life, before, usually in Japanese. But we now have a full English trailer to get us even more hyped for the  debt-repayment RPG with a supernatural twist – the townspeople turn into cats and dogs at nighttime! It’s a bit of a whacky concept, but that’s what makes it so intriguing. Here’s the new English version of the game’s trailer:


Swery is best known for directing Deadly Premonition, and The Good Life seems like a swing in an entirely new direction. It’s downright wholesome from what I can tell. Naomi finds herself residing in Rainy Woods to investigate the town, camera in hand. Everything and everyone has their own secrets, and the biggest one is that everyone transforms into animals when night falls. It turns out, Naomi does too. Before long, the biggest mystery of all appears: someone has been murdered! The game is set in a large, open world; Naomi must work, play, communicate, do favours, eat, sleep, shop, craft, and farm her way to success.

Developed by White Owls Inc. (with help from Grounding Inc.) and published by Playism, The Good Life will launch for  PC via Steam, PlayStation 4, Nintendo Switch, and Xbox One this year. It’s born from a hugely successful Kickstarter campaign, with 12,613 backers (one of those is me!) pledging ¥13,030,744 more than the goal of ¥68,000,000.

Described by the developer as “legendary” (do with that what you will) Moon is arguably the original anti-RPG. It was a Japanese exclusive for two decades, until it finally came to western Switch players last year. In traditional RPGs, the protagonists will gladly steal items belonging to others, indiscriminately killing any monster that appears. Seriously, think about how messed up that it! Moon is to Final Fantasy what Wicked is to The Wizard of Oz, in a way. It takes what you think you know and shows it to you from the other side, the supposed bad side. 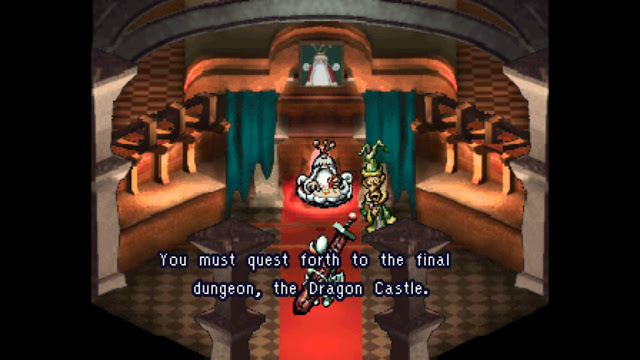 One night, a boy is sucked into his television set, landing in a place called Moon World. He must search for love to recover lost moonlight. The world’s hero slaughters innocent animals for experience, but the boy grows from saving the souls of these animals and gathering love. It all sounds kind of sweet, doesn’t it? Levelling up with love, not violence. The world is packed with NPCs, going about their daily lives. Some have secret hobbies, some seem lazy, but all are hiding a secret love from the world.

Developed by Onion Games, Moon originally launched for PlayStation in 1997 in Japan, followed by a Nintendo Switch release in 2019 (Japan) and 2020 (the west). There is currently no known date we can expect the game on PC, but we do know it will be available via Steam.