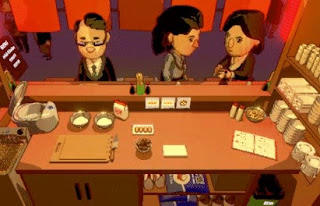 First up this week, we have The Shore. The Shore is a horror game based on the works of HP Lovecraft, and I do like my Lovecraft. Games that use him as source material can be very patchy, but this game, in particular, seems to have a really nice visual style, which certainly piques my interest. It looks like something like Myst, but Lovecraftian, and it seems like it is a genuine effort to capture the atmosphere and mythology of Lovecraft’s distinct style.
As the game’s description says: As players dive deeper and deeper into the mystery, they’ll face overwhelming odds, Andrew’s moments that will make you question his sanity, and a series of slow burn scenes. It’s only by mastering the artifacts of the old gods combat mechanic that they can stay one step ahead of the darkness that tries to swallow the world of his, but will that be enough?. That is not the clearest English I’ve ever read, and the game developer could probably use with an editor to check over their work, but as long as the game captures the atmosphere and is legible, then it is shaping up to be a pretty decent looking game, indeed.
Street Eats

Next up we have a rather cute looking game called Street Eats. This game is a cooking stall “simulator”, and having spent quite a lot of time recently playing that most excellent Fate spinoff cooking show, I am very much in the mood for more Cooking Mama-style titles.

It is a simple slice of life game by the game’s own description, where you play as a young entrepreneur living in the rural Japanese town of Kawamachi. By day you hang out with people and collect ingredients, and then at night, you get to cook for the patrons. If you do a good job, you make money and stuff. It all looks pretty standard and straightforward, but this game has a really nice aesthetic that should sell it above the many other titles that do this kind of thing. Beyond that, it just seems like a wholesome, good time, so well worth a look into if you have ever enjoyed a Cooking Mama title.

As I’ve mentioned in this regular feature on DDNet in the past, I am a big fan of the Game Boy aesthetic, and one of the things that itch.io is particularly good at is giving developers the chance to make these kinds of games that are otherwise not commercially viable. With that introduction, Grey Legend is a Game Boy-styled RPG in all its greyscale glory. You only need to take one look at it to know that this would not be commercially viable to any meaningful degree, but through the itch.io release, we do have the chance to play something that is a clear love letter to the games of yesteryear. 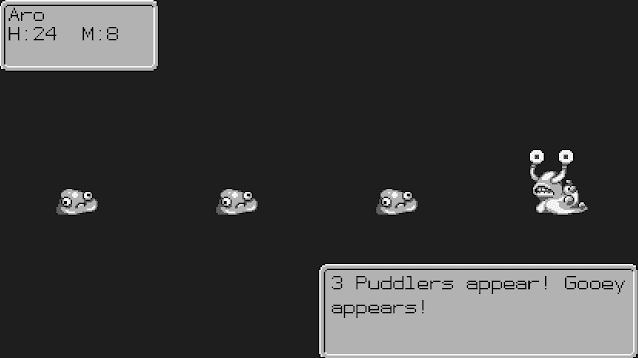 This one was developed for a game jam and so it is quite short, sweet and to the point, but it does look like it has everything that you would want in an RPG: it’s got combat it’s got areas to explore, and it obviously has a narrative. You know, all the important bits. It’s not actually playable on the Game Boy via emulators, and though it looks like it has been designed for that console, it is actually a more detailed project than that, such that it wouldn’t work on the primitive hardware. You will need to play this on your Windows device, though it’s optionally free if you want to give it a go. Hopefully, it is downloaded and played enough that the developer gets a chance to continue to develop the idea from here. I do love this platform for its ability to give developers a bit of feedback about their prototypes and first effects, and from there they can figure out whether it is worth continuing to flesh out into a full project. I reckon this one has real potential.

A Long, Long Love Ago

Finally, for this week, we have the obligatory visual novel. We mention at least one each week only because itch.io is such the perfect for them. This time around we’re looking at a romance visual novel that promises to be short, sharp and to the point, with some beautiful art and full production values. To note; this one does have adult scenes in it, so you should be aware of that going in that it’s very much an NSFW title, but with that said, it does seem to be a cap above the usual exploitation that we see with adult VNs on itch.io. In addition to what seems like an interesting story, it is also fully voice acted in Japanese, and that is quite impressive given that the asking price is just $7. 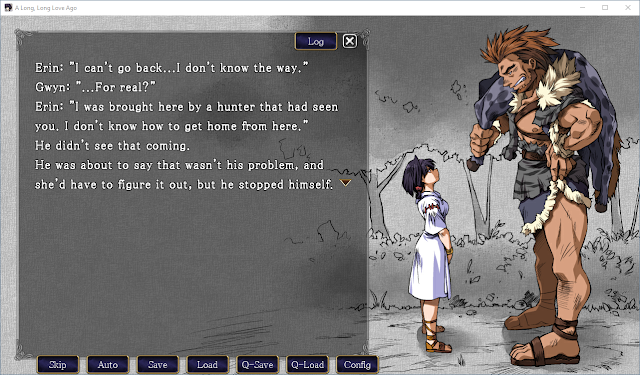 While this is the developer’s first itch.io release, the team has released a number of titles on Steam in the past. None of which are particularly well known, and this is a very indie developer, but they continue to push forwards and trying new things (as far as I can tell this is their first VN), and if this game is even a fraction of how good it looks, this developer might well be one to keep an eye on into the future.