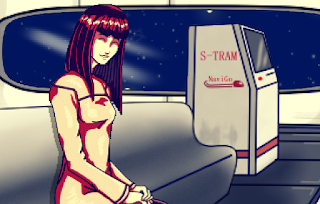 Bet you’ve never played a horror game where your weapon is a violin, have you? Well, that’s what Symphony of Seven Souls is, and it might just be one of the most interesting and creative horror games we’ve seen in quite some time. Billing itself as a “gothic horror tale,” in Symphony of Seven Souls you need to use that violin and bow to find spirits to join your “unholy orchestra,” and there’s not a word in that sentence that doesn’t sound just plain cool.
The game has a more serious subtext, too, in that you’re playing as a music writer, who has hit a wall and is unable to break through it to continue writing their symphony. All this horror stems from the sleepless nights they spend staring at the blank score page. As a writer myself, my full sympathies go to this protagonist. We’ve all been there (though I haven’t tried to raise an army of the dead… well, yet, anyway).
Sunrise on the Moon

I’m not sure “existentialism” is a content warning-worthy theme, but I am very interested in Sunrise on the Moon to see what this existentialist discourse is all about. I do like me a good bit of Sartre, after all. Couple that with a really lovely lo-fi aesthetic, and this could easily be a visual novel worthy of your attention. 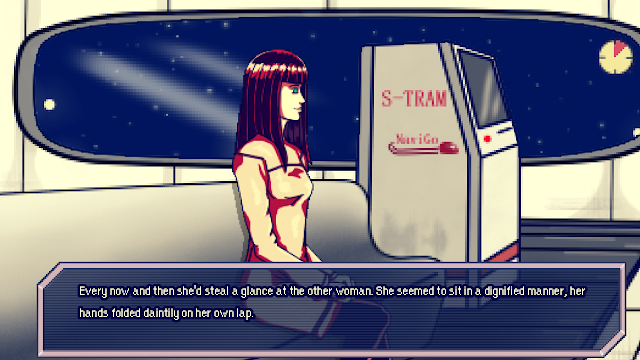 The entire game is about a discussion between two characters – Maria (you), and Aeda. It takes place on the moon, in a future colony, with Maria being a bit of a recluse and closed off from everything around her. She does enjoy the sunrise, though, once every 30 days as is the case up there. On her way to enjoy the sunrise from this particular cycle’s sunrise, she runs into Aeda – a curious young woman that she immediately finds to be intriguing. They strike up a conversation and Maria ends up learning a lot about herself.

Now, you will need to have played the previous National Park Girls to enjoy this fourth chapter (they’re all available here), but it very much looks like you’ll want to spend the time to do that, because these all look wonderful, with incredibly pretty art (i.e girls), and a pretty good underlying message to boot. See in National Park Girls, most of the characters are girl versions of American national parks – Zion, Yellowstone, and Yosemite, and there’s a strong sustainability and environmentalism message behind the series narratives.
As per the description of the fourth chapter: All Eve ever wanted was to protect and preserve the land, but after five years of being a ranger in Yosemite National Park, she’s just about ready to throw in the towel. The people are careless, her co-workers are annoying, and thanks to an increasingly tight budget she can hardly do her job. Fed up and burned out, Eve lashes out, but after being transferred to a remote cabin post in return, she only finds herself more uncertain of the value of being a ranger. Soon after arriving, three strange girls corner her in the cabin. Not only do they claim to live there, but they also say they’re the manifestations of Zion, Yellowstone, and Yosemite National Parks! So you can probably expect this to have a fair dose of humour and wit, but also a warmth and charm to it. With full voice acting, an original OST, and plenty of beautiful art from the same artist the fuelled Doki Doki Literature club, it looks like this one will be a keeper.

I love classic roguelikes (including Rogue itself). In fact, I might even prefer them, because there’s something about those primitive visuals and simple interfaces that is appropriately nostalgic for one of the oldest RPG genres of all. With that in mind, Hyper Dungeon Crawler looks like it will be very much my thing. You’ll be doing a bit more than in the most classic roguelikes (there’s crafting in this one, for example), but otherwise, it’s a genuinely vintage roguelike, with all the random levels and permadeath you can handle. 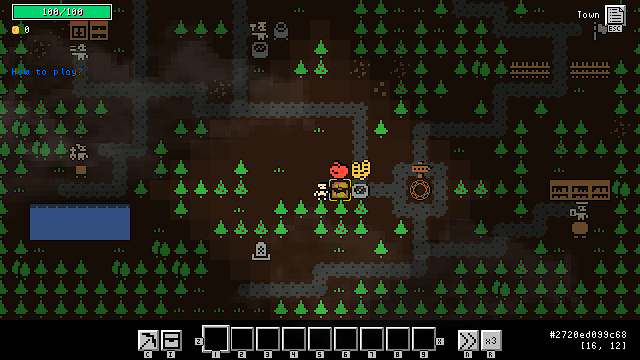 Most impressively of all, though, is that this game was originally a game jam project, crafted in just two weeks, and the final “commercial” version isn’t so different to what we see in the Game Jam entry. It’s going to be exciting to see where the developer can take this from here.